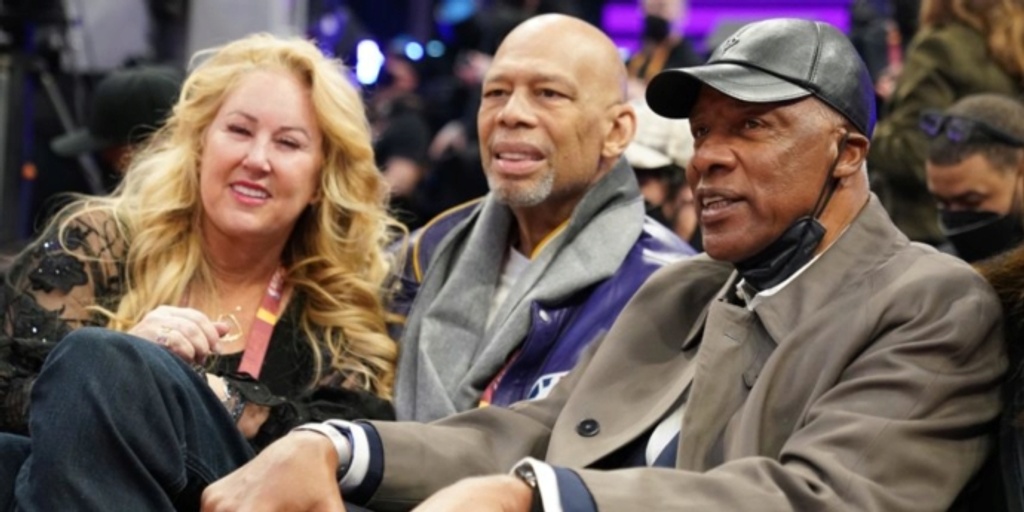 On Sunday, the fifth episode of HBO's "Winning Time" focused on Kareem Abdul-Jabbar — exploring his faith, his desire to affect change, his relationship with a rookie Magic Johnson and more.

Several hours before the episode premiered, Abdul-Jabbar shared his thoughts about the HBO series in an exclusive interview with BasketballNews.com.

"I don't think it's worth watching. That's all I have to say. It really depicts people that I know in a very negative light that is not accurate," Abdul-Jabbar told BasketballNews.com. "I wouldn't bother watching it if you're a fan of the Lakers."

Abdul-Jabbar was speaking from Crypto.com Arena, where the NBA unveiled the Kareem Abdul-Jabbar trophy that will be awarded annually to the recipient of the Social Justice Champion award.

Abdul-Jabbar isn't the only former Laker who has called out the show for being inaccurate and negative. Mitch Kupchak, who played for the Lakers from 1981 to 1986 and later became the team's general manager, criticized the show's portrayal of Jerry West. In the series, West has anger issues, breaking a golf club over his leg and throwing his Finals MVP trophy through a window.

“The guy in the show playing Jerry and the Jerry I worked with for 14 years is not the same guy,” Kupchak told The Athletic. “Jerry was passionate but never lost his temper and threw things. Never. I would know.”

Longtime Lakers trainer Gary Vitti spent two days on the set of "Winning Time" as an actor and in-house expert, but ultimately decided not to participate in the series in large part due to the show's characterization of West.

"I said, 'I don't want to be a part of this,'" Vitti told The Athletic, adding that he walked away from approximately $15,000. “I’ve known the man for 38 years and never saw him lose it. If anything, he internalized everything.”

Vitti also objected to a scene where Jerry Buss tells the staff that anyone who isn't committing to winning a championship could "get the f*ck out."

“Dr. Buss never talked to anybody that way," Vitti explained to The Athletic.

Former NBA agent Arn Tellem, who is now the vice chairman of the Detroit Pistons, wrote an article for The Hollywood Reporter calling the show "a campy, mean-spirited fiction." He also picked apart the show's depiction of West, whom he's known for more than 40 years.

Tellem wrote that the series makes West seem like "a boozy, impulsive hothead who steamrolled anyone in his path," when in reality, West is a health nut who rarely drinks and never has angry outbursts.

"I have observed, negotiated and socialized with him. In all of our dealings, he has been courteous, respectful, generous and self-deprecating," Tellem writes of West. "He’s never once lost his temper. He’s always heard me out. Many of the players I represented sought his counsel, both professionally and personally... Sure, he can be moody. But when frustrated, he doesn’t lash out. He withdraws into himself."

"Hiding behind the disclaimer 'this series is a dramatization' ... 'Winning Time' is less satire than bullying. Though the disclaimer is designed to shield against the possibility of legal action for libel, it’s not a license to damage the reputation that West spent a lifetime building. The depiction of Mr. Clutch is cruel, dishonest and staggeringly insensitive."

The show is based on Jeff Pearlman's best-selling non-fiction book "Showtime: Magic, Kareem, Riley, and the Los Angeles Lakers Dynasty of the 1980s," which has been lauded for its incredible anecdotes and details. However, the series is more fictional, taking certain liberties with the characters and plot in order to make the story more entertaining.

"Winning Time" has also drawn the ire of the NBA since HBO never got permission to use the league's trademarks (such as team logos).

“Clearances to use NBA trademarks were not sought or granted and the league objects to any unauthorized use of its intellectual property,” NBA spokesman Mike Bass told The Athletic.

The Lakers also put out a statement distancing themselves from the show: “The Lakers have no comment as we are not supporting nor involved with this project.”