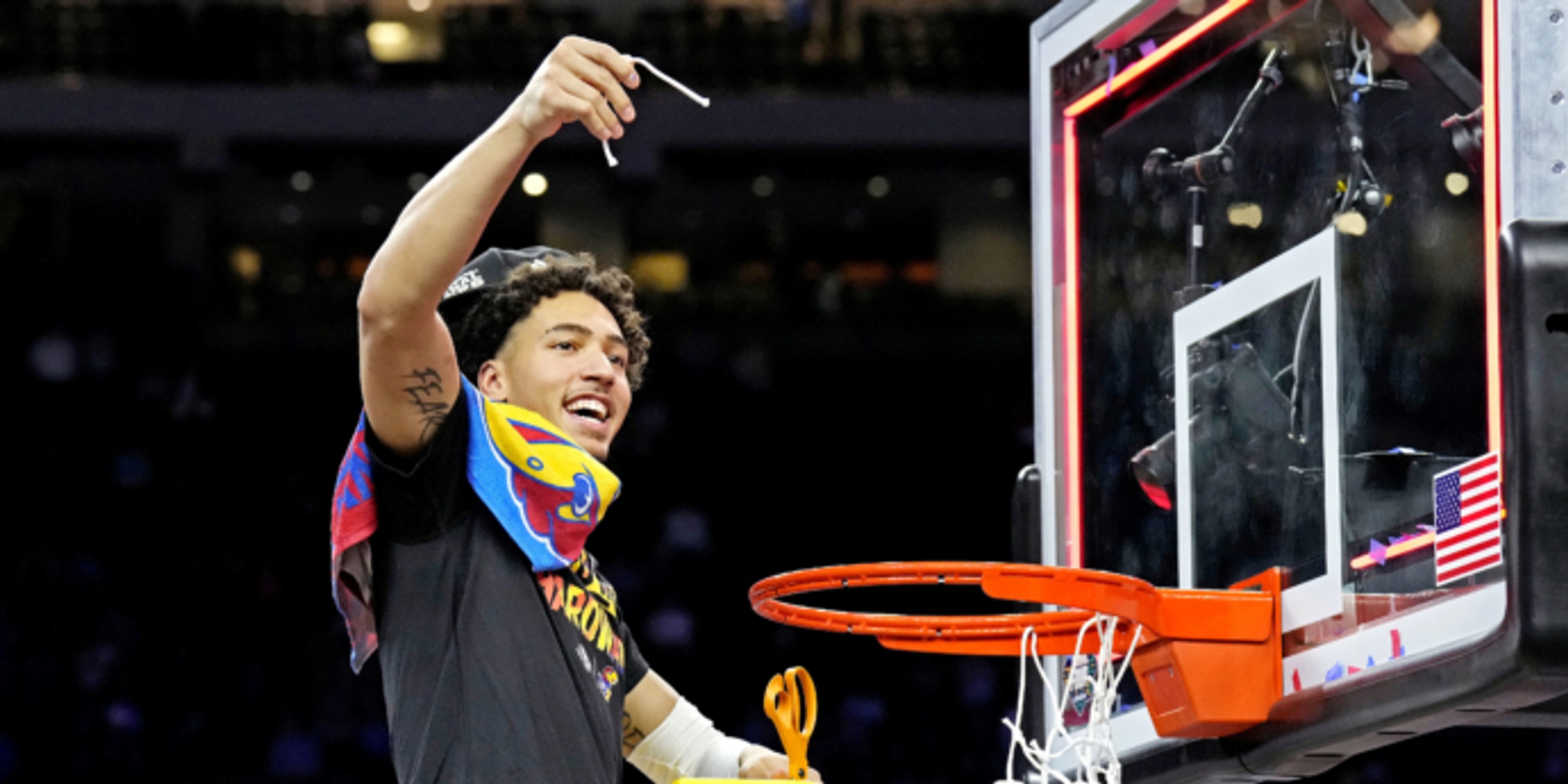 For the second year in a row, Kansas forward Jalen Wilson has withdrawn from the NBA Draft and will return to the Jayhawks for the 2022-23 season.

My path has always been different… #TMC🏁 pic.twitter.com/cZDR6DTHho

The 6-foot-8 Wilson averaged 11.1 points and 7.4 rebounds for Kansas last season. Now, the junior returns along with point guard Dajuan Harris Jr. as the core of next season’s team.

"We are all very excited to hear the news today from Jalen and his family that he will be returning to school for the 2022-23 campaign,” Kansas head coach Bill Self said in a release. “He’s gone through the process and the process did exactly what it is intended to do. It gave him the feedback he needed to make an educated decision. We’re proud of the maturity Jalen showed in making the decision and very excited to put him a position to where he can enhance his opportunities to not only play, but have a long career in the NBA."