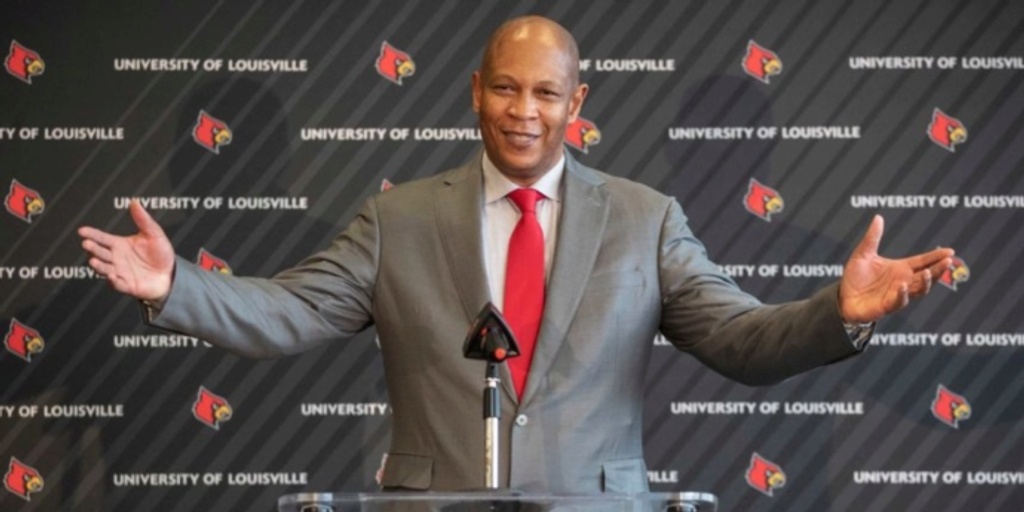 As the New York Knicks attempt to do the seemingly impossible and sneak their way into the Eastern Conference playoffs, they will now have to do so without Kenny Payne — still beloved among Tom Thibodeau’s players, but now only a former member of his coaching staff.

On Friday, after serving as one of Thibodeau’s assistants for nearly two years, Payne was introduced as the new head men’s basketball coach at Louisville, his alma mater.

For Payne, the gig is his first head coaching job, but depending on who you ask — including Julius Randle — the opportunity is perhaps long overdue.

“You know that dude is incredible, and he is going to have tremendous amounts of success over there at Louisville,” Randle said on Friday night after the Knicks defeated the Washington Wizards, 100-97.

Payne spent 10 years on the bench at Kentucky, first as an assistant coach, eventually being promoted to associate head coach. It was during his time there that he and Randle first met — Payne went on a recruiting visit to the Randle home in Dallas. Payne’s objective was of course to secure Randle’s commitment, and obviously he succeeded.

Since then, the two have remained close, with them eventually reunited when Payne was hired by the Knicks back in 2020.

“I went to Kentucky and had nothing to worry about,” Randle said after revealing that his mother only agreed to allow him to head to Kentucky after Payne’s assurance that he would take care of him.

“He took me in like I was his own kid and really looked after me. He kept me focused, he kept me on the right track whether it was class or in the gym,” Randle said.

“I call him ‘Unc’ because that is really what he is to me. He is like a father figure.”

Now, Payne will return to his alma mater where he’ll attempt to lead the Louisville Cardinals back toward the top of the college basketball, after former head coach Chris Mack and the school mutually agreed to part ways in January.

The irony in it all, for Randle at least, is that Payne — who graduated from Louisville in 1989 — was a major part of the reason why the big man ended up at Kentucky in the first place. Now, though, Payne will head back to Louisville, Kentucky’s biggest rival.

Randle will be rooting for Payne, though, all the same.

“Even though it is the red school and I still bleed blue, I love that man to death and I’m going to do whatever I can to help him have success, because you are talking about someone who deserves it.”

Five years Randle’s junior, teammate Immanuel Quickley is another Knick who was coached by Payne both at Kentucky and in the NBA. Payne — who was at Kentucky from 2010 to 2020 — was hired by the Knicks just a few months after Quickley was drafted and traded to the Knicks.

“He’s my guy,” Quickley said of the coach.

“You know he is somebody who is calm on the bench, but holds everybody accountable… It doesn’t matter who you are. But you can always go talk to him totally away from basketball. I call him 'Pops' because he is like another father to me.”

Although only with the Knicks for two years, the sentiments are shared by many of the Knicks’ players, who cite Payne as instrumental in their growth from a player development standpoint.

“He has been somebody I’ve known for five years now, and I love him to death. I appreciate him a lot,” Quickley said.

Payne leaves one challenge with the New York Knicks for another in Louisville. The Cardinals are coming off of a 13-19 season and are likely to face some stiff penalties in the aftermath of the corruption scandal that eventually led to the departure of former head coach Rick Pitino. The team hasn’t appeared in the NCAA tournament since 2019 and hasn’t had as much as an Elite Eight appearance since 2015.

Nonetheless, Payne, who is the first black head coach in program history, is eager to get to work.

"To accept the job at the University of Louisville, it took a lot to get to this point," he said during his introductory news conference on Friday.

Similar to the friends and mentees he left behind in New York City, Payne will have his work cut out for him. As it relates to the Knicks, they’ll now attempt to move forward without one of the team’s most beloved voices.

Randle and Quickley are both happy to see Payne get the opportunity he’s worked so hard for, but sad to see him go.

Among Knicks fans and players, they’re certainly not alone.