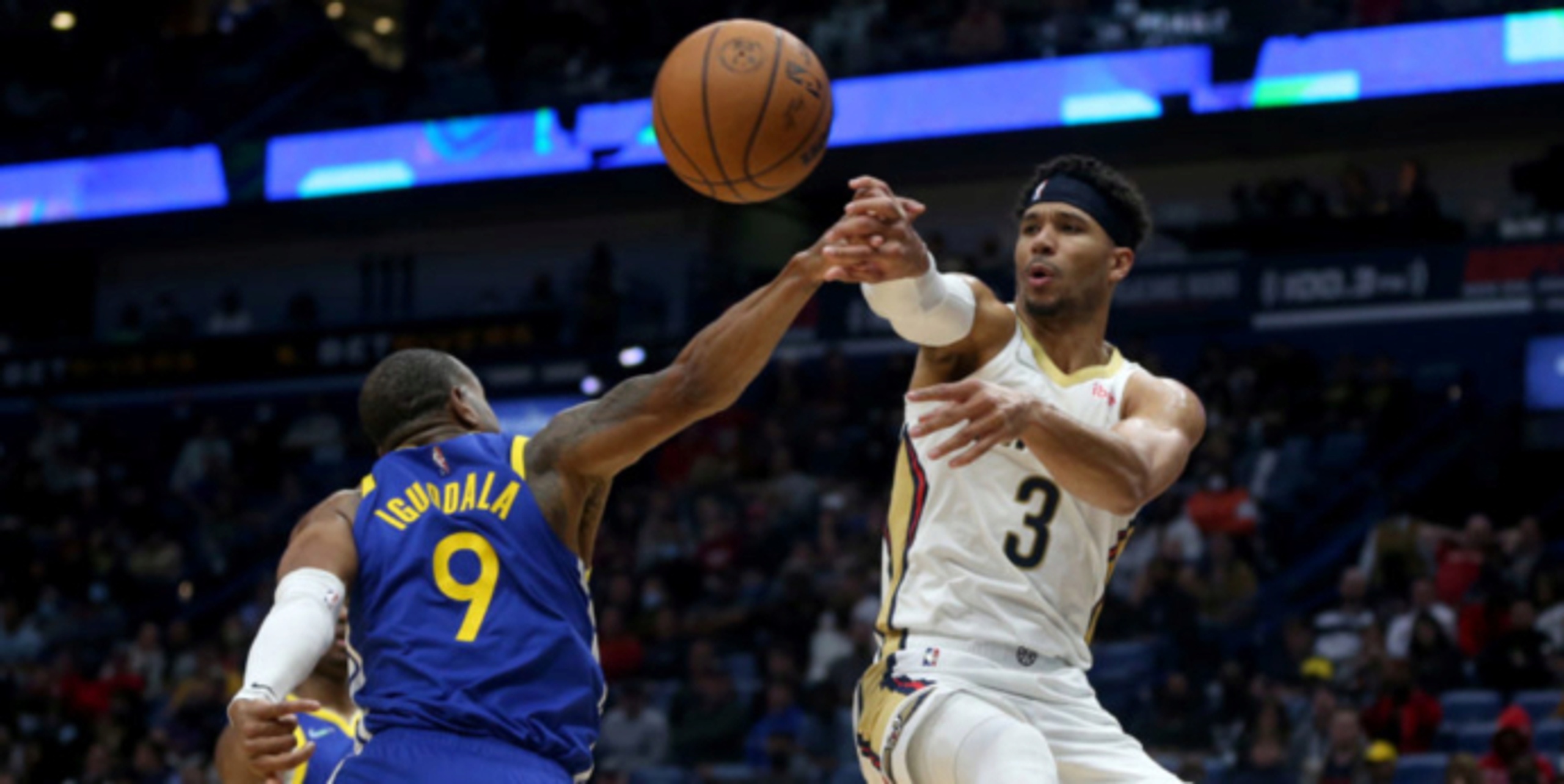 Josh Hart: Bringing offensive funk and firepower for the Pelicans

When gauging the state of the NBA close to the midpoint of the season, perhaps no team has had a more disappointing and frustrating season than the New Orleans Pelicans. A new coach, shifted roster and one of the brightest young stars in the sport in Zion Williamson led to projections of a trip to the playoffs. Of course, Zion hasn’t played a game, and the Pelicans essentially went through the hardwood recreation of Dante’s Inferno across the first month of their schedule.

However, New Orleans has plugged gaps and the ship hasn’t sunk. While an easier schedule has certainly benefited them, the Pelicans are playing .500 basketball since mid-November (13-13 since the 13th).

Willie Green has done a much better job than his record indicates — the Pels play solid defense and cobble together just enough offense to keep games tight. Brandon Ingram’s passing has been a revelation in recent weeks after a struggle early on. Jonas Valanciunas is absolutely bludgeoning opposition in the paint. Devonte’ Graham is bombing from deep. Herb Jones is one of the brightest defensive prospects I’ve seen ever, and now he’s testing the waters as a ball-handler and driver.

Hart hasn’t had a non-double digit scoring outing since before December, averaging 15.8 points on 64.8% True Shooting across that span (12 games). He’s getting to the line with regularity (4.8 free throw attempts), has been steady from deep on moderate volume and maintains the highest Offensive Estimated Plus Minus of his career (+0.9 , 78th percentile).

This hasn’t just been a hot streak or numeric coincidence, Hart has legitimately (and literally) made strides as an offensive player! The man is driving all over the court and collapsing your favorite defense with ease on vicious power drives.

At 6-foot-5 with a stocky, powerful frame, Hart's ability to batter his way to the rim is second to none on New Orleans' roster. He's taking slightly over half his shots at the rim and converting 70% of them, both career marks. Watching Hart grind his way downhill is reminiscent of watching grainy Herschel Walker and Bo Jackson highlights on YouTube with my father growing up. It doesn't matter who's in the way, the shoulder is dipping, the pads are popping, and Hart is creating the space necessary to get his desired looks at the rim.

While Hart has been capable of attacking off the catch his whole career, his improved ball-handling has opened up the court for him. He's doubled his drives per 75 possessions according to Basketball-Index, ramping up his usage to the highest of his career (17.9% per Cleaning the Glass). For reference, Hart has already driven in the half-court more this season than he did in 16 more games last season (190 to 133).

Hart was the barometric gauge of ‘3 and D’ in prior years, pretty exclusively deriving utility as a connective passer, stationary shooter, closeout attacker and defender. Making himself a downhill threat has added some seasoning to the pot — scoring gravity is the paprika of basketball. Adding it in or having it at all revamps the entree presented entirely — how it's defended, and how it should be viewed.

The way defenses have started to adapt to Hart's power game has allowed for some of that aromatic zest to waft through the crevices of the defensive shell, and it is pungent.

The recipe hasn't completely changed, but the opposition is unused to it — trying to furiously scribble it down on a scrap sheet of paper as they tweak coverages and personnel.

Hart's had stellar court vision and feel since his days at Villanova, but the increased on-ball reps and defensive attention has allowed for him to showcase his playmaking.

He's not destroying a defense with cross-court whip passes, but he doesn't need to! Simply collapsing defenses, sniffing out the open windows, and making accurate passes has made Hart a viable secondary creator.

It's certainly an imperfect art thus far. Hart's not accustomed to running pick-and-roll or commanding attention on screens, but defenses have started to force unders on ball screens as a means of preventing his drives. That's resulted in some very clunky pick-and-roll reps, as Hart is not comfortable as a pull-up shooter from any area of the court.

But clunkiness can be good! Especially for a team that needs more firepower.

Josh Hart's growth is a boon for the Pelicans. If you'd told me prior to the season that he'd A) run a modicum of offense, B) look pretty good doing it and C) told me he'd be making plays like this out of pick-and-roll ... I wouldn't have believed you, frankly.

But, that's part of the wonder and amazement of basketball and player development. Hart has gone from rotation player to bona fide starting wing due to his improvements. While he's not fundamentally changing the course of the Pelicans' season on his own, he's played a significant part in their staying afloat after a disastrous start to the season.

Next time you're flipping through League Pass and have an opportunity to catch the Pelicans, tune in. Everyone could use a little more of Josh Hart's funk in their daily life.