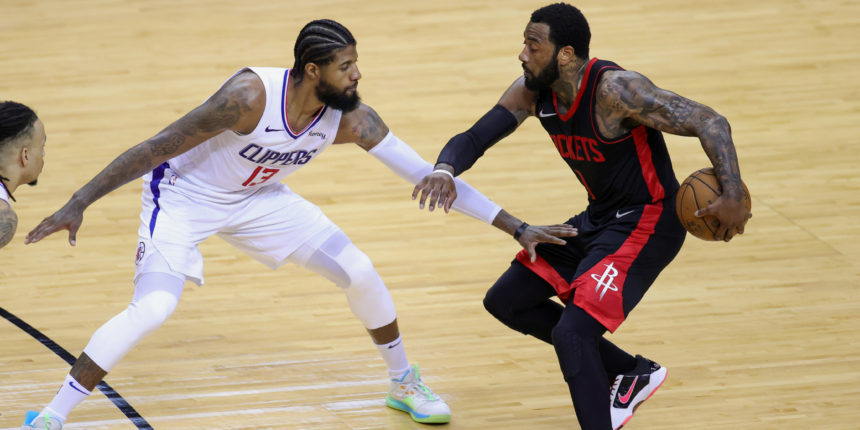 John Wall to miss remainder of season with hamstring injury

Rockets star guard John Wall will be sidelined for the remainder of the season due to a hamstring tweak, sources tell The Athletic and Stadium. Wall being shut down also gives Houston opportunity to tinker with lineups for final 11 games of season.

ANALYSIS: Wall had played in Houston's previous three games with no signs of an injury, but given Houston's position in the standings, there's no reason for the Rockets to risk any type of injury to their starting point guard. Wall will end the season with averages of 20.6 points, 6.9 assists, and 3.2 rebounds in 32.2 minutes per game.

Is Onyeka Okongwu ready for more with the Hawks?
19h