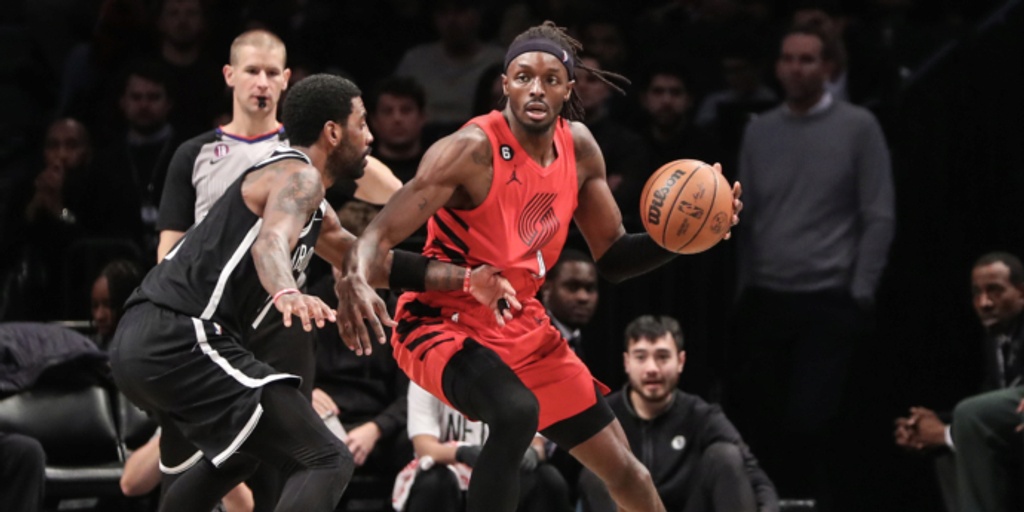 When asked about his upcoming unrestricted free agency, Grant indicated that he's happy in Portland.

Damian Lillard and Chauncey Billups had high praise for the 28-year-old forward.

“I think he’s added a layer to our team on both ends of the floor,” Lillard told HoopsHype. “A lot of times, he’s taking the toughest matchup defensively. He’s using his size, length and athleticism to be disruptive and give guys like Anfernee [Simons] and myself the opportunity to play off the ball and not wear ourselves out on the defensive end of the floor every possession and then have to go score and make plays as much as we do offensively. On offense, he’s been able to score in isolation, transition, hit catch-and-shoot threes, and post up. He’s doing so many different things for us on both ends of the floor. He’s so versatile. It’s made us a much better team having him.”

“He has this very infectious personality,” Billups added. “He’s smiling all the time. He’s this really kind-spirited dude. He’s always positive, no matter if we won or lost. His demeanor never changes. He’s quickly become one of the leaders of our group.”