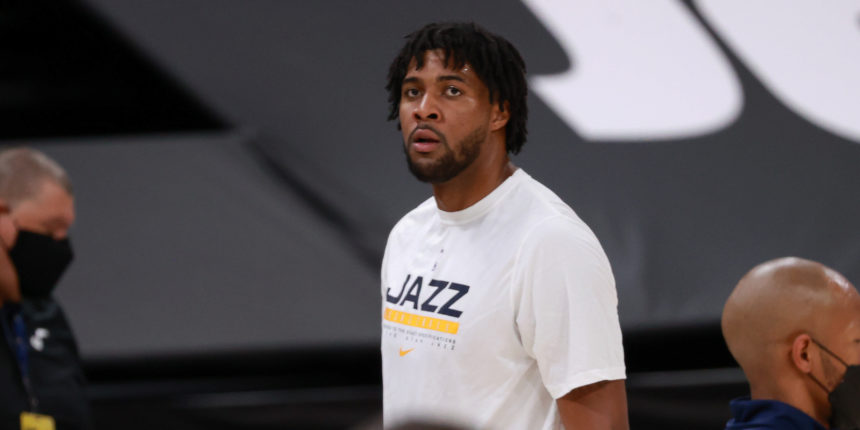 Multiple league sources indicated this week that the [Utah] Jazz were open to trade discussions. The consensus is that Derrick Favors is not only available, but Utah is eager to move him to clear his roughly $20 million in remaining salary (including a $10 million player option for 2022-23).

Analysis: Moore also noted that Bojan Bogdanovic and Joe Ingles were considered available, should they net the Jazz a significant upgrade. Two executives denied the assertion, however, and told Moore that the team plans to “run it back” with the same core group next season.

Favors, due just over $9 million next season with a player option for the 2022-23 season, would be a solid if not a somewhat pricey add for any team looking to add a defensive presence down low and a stalwart on the glass. In 68 games last season, he averaged 5.4 points, 5.5 rebounds and shot 63.8% from the field in just over 15 minutes per game.

James Harden interested in 'exploring other opportunities' in free agency
yesterday
MORE:
NBA Rumors

Bulls expected to be 'big spenders,' in pursuit of a point guard this offseason
Knicks seen as team most likely to trade up in 2021 NBA Draft

Featured News
