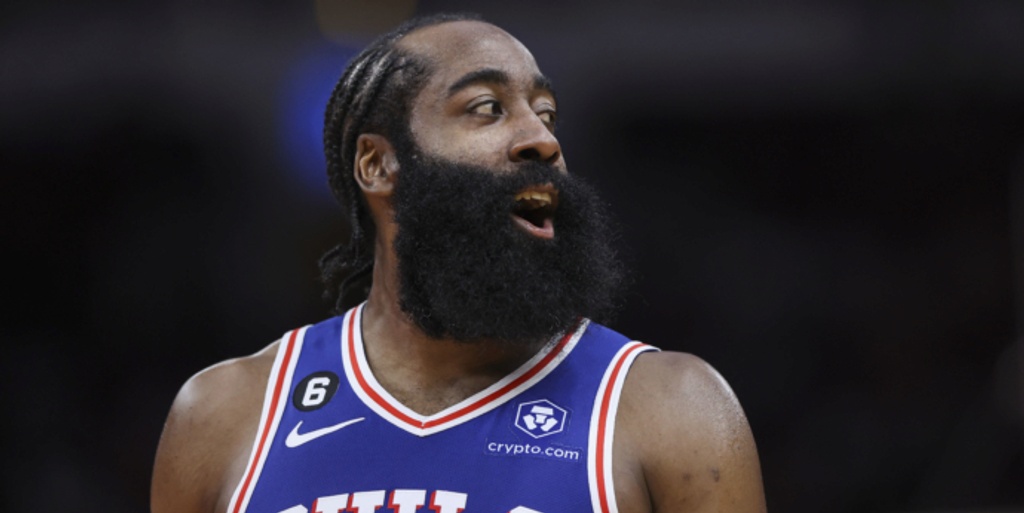 James Harden criticizes Nets organization: 'There was no structure'

In an exclusive interview with Yaron Weitzman of Fox Sports, James Harden opened up about a variety of topics, including the trade that sent him to the Philadelphia 76ers.

When asked about his stint with the Brooklyn Nets, Harden was candid about some of the behind-the-scenes issues in Brooklyn.

"I don't mean to, like, just down talk to anybody or whatever. It was just, there was no structure and even superstars, they need structure," Harden told Weitzman. "That's what allows us to be the best players and leaders for our respective organizations.

"I just feel like, internally, things weren't what I expected when I was trying to get traded there. I think everybody knows that. And I knew people were going to talk and say, ‘You quit,' and all that stuff. But then the following summer, the other superstar there (Kevin Durant) wanted to leave. So it's like: Am I still the quitter?"

Weitzman reports that Harden and Durant butted heads while in Brooklyn, with KD reportedly calling out Harden's conditioning to his face. Also, Harden reportedly didn't see eye-to-eye with the Nets' training staff and their "focus on maintenance, rest and recovery."

Harden also talked about how difficult the last two seasons were for him.

"The whole two years was a low point. I've never really had to deal with something like that," Harden said. "My body, mentally, physically … It was a lot going on. I mean, basketball is everything to me."

Harden is confident that he's going to be remembered as "one of the people that changed the game of basketball," but he knows that hoisting the Larry O'Brien will take his resumé to the next level.

"Honestly, the only thing that I'm missing is a championship," Harden said.