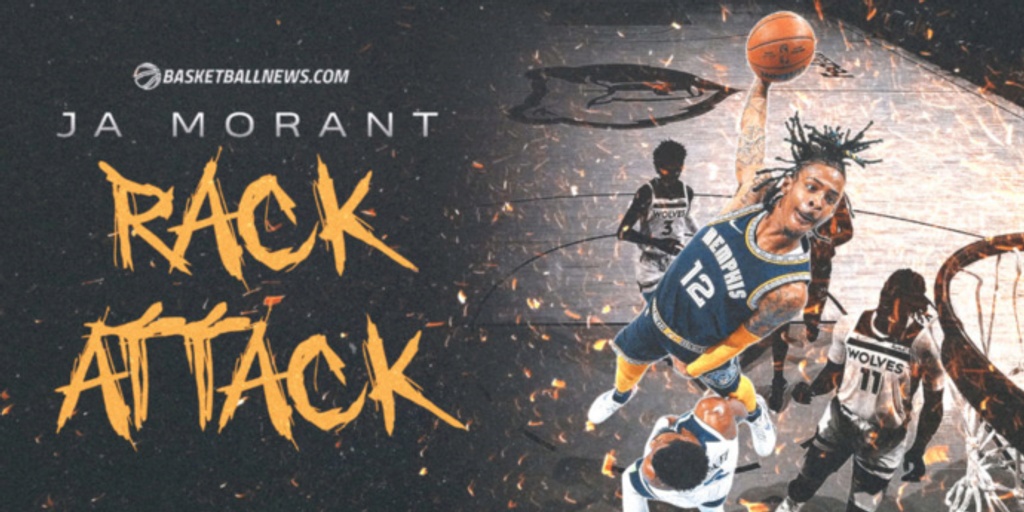 The first round series between the Minnesota Timberwolves and Memphis Grizzlies has been equally riveting and rickety. The energy and intensity of the first five games have been as compelling, if not more, than any of the other seven (well, five now) first-round matchups.

In Game 5 on Tuesday night, the youth of both squads (seventh and second-youngest teams in the league respectively, per Real GM) was on full display, as the game was more akin to an NCAA Tournament game. The ebbs and flows, sheer inconsistency and exuberance played out with a myriad of turnovers, missed lobs, jumbled passes and a wealth of fouls (63 combined free throws).

While the series has certainly been messy, it's been equally endearing. Ja Morant has been bottled up by the Wolves, with his efficiency tanking and defensive limitations put on full display. Yet, for all of the struggles that he's endured throughout the series, if the Grizzlies win one more game and advance, few will remember or even care about what his True Shooting percentage was or wasn't, how many turnovers he had or what Patrick Beverley did to him in Game 4. (I, however, will not forget the Pat Bev game, nor will Pat Bev!)

As the clock wound down toward the end of the third quarter during Tuesday night's game, Morant transcended the game and possibly the series.

This is one of those "Where were you?" moments.

From Paul George over Chris "Birdman" Andersen, to Michael Jordan on Dikembe Mutombo, to Baron Davis over Andrei Kirilenko, to Scottie Pippen on Patrick Ewing, Ja has cemented himself among the greats. The greatest of all time, I'm not sure — but upon dunk-hangover research, man, it's right there.

To say Memphis' offense was stuck in the mud prior to Ja's dunk would be an understatement. Minnesota's defense was incredibly active, forcing turnovers, halting drives and mucking up the half-court. The Grizz went on a 39-24 run to close out the game, including the aforementioned slam.

Morant hit the game-winning lefty layup with a second to spare, and scored the final 13 Memphis points in the fourth, as the dunk uncorked his own game as well.

Dunk of the year! pic.twitter.com/U1McHfpZHQ

Shout out to Malik Beasley for doing his very best to slide over and prevent the play. Jordan McLaughlin kinda digs at the nail to no avail. What happened on this screen is a wonderful question to ask.

Was Naz Reid supposed to come all the way to the level at 30 feet? I'm guessing not, but maybe there was some miscommunication between him and Jaden McDaniels. McDaniels pretty clearly denies Morant the screen, which probably means it's unlikely that the Wolves are trying to give Morant a wide-open run to the rim.

Is there anything better than a perfectly ripped off vicious tomahawk slam? I'm going with "No." There are more picturesque or aesthetic dunks, but in terms of actual on-your-head moments, the tomahawk cocked back sits on the throne.

We can get caught up in analyzing everything, picking apart the minutiae of the game, and rightfully so; there's so much to dig into and find understanding with. But sometimes, the vibes and moment just need to reign supreme.

I don't care why the dunk happened or who did or didn't blow that defensive coverage. The dunk is SICK.

He takes his plant step like 2 feet inside of the free-throw line and gets that much air! There are only a handful of players in the NBA who could pull that off.

Part of what makes the game so amazing to me is the individuality, and personality, that shines through. This was another clip in the highlight reel of Morant's personified athleticism. The first time All-Star, former Rookie of the Year and recently-crowned Most Improved Player continues to mesmerize with joyous vibrancy.

What a player, what a game, what a dunk. Remember this moment!