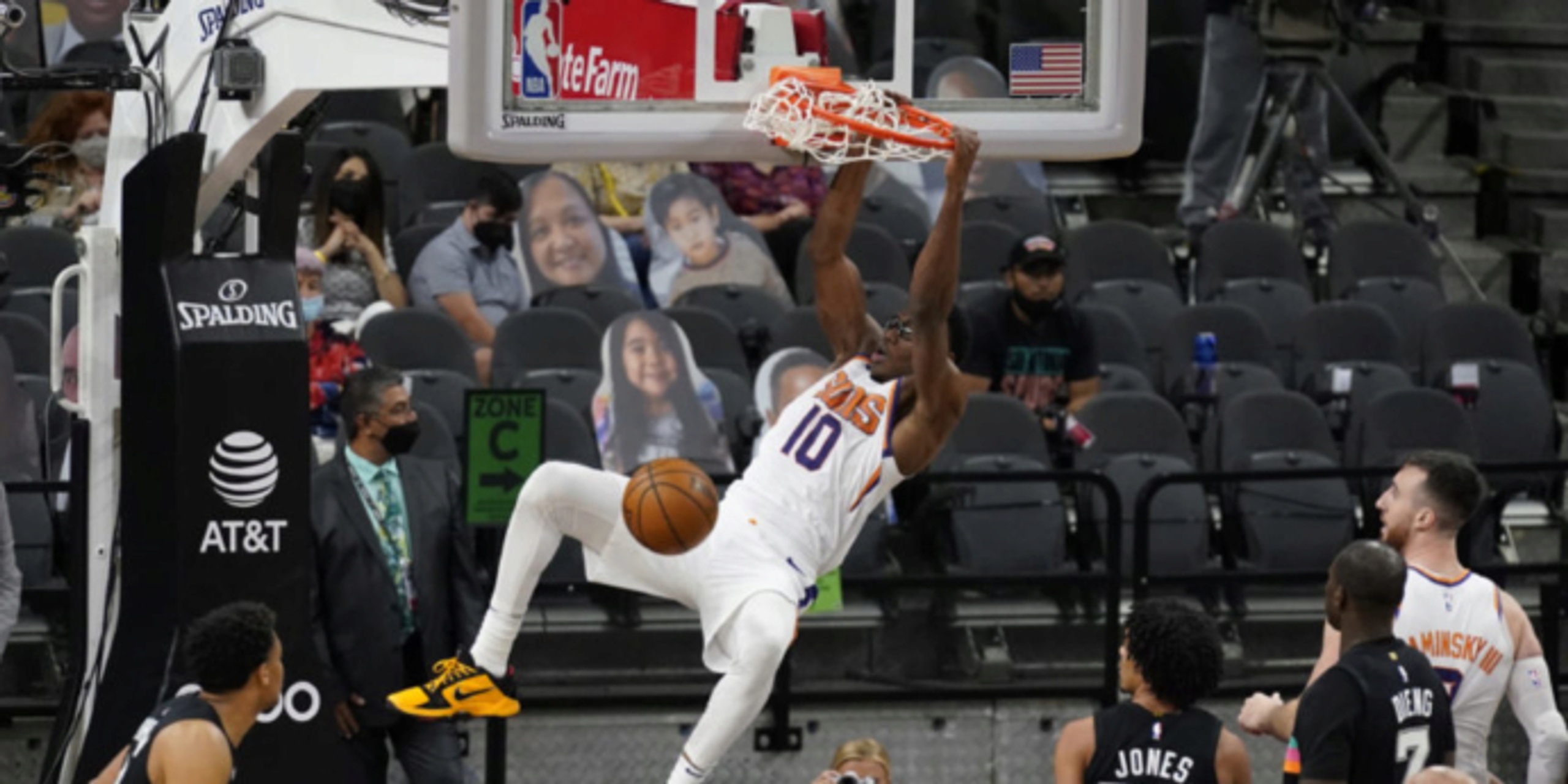 Is Jalen Smith a long-term piece or the next trade chip for the Suns?

One of the most surprising picks in the 2020 NBA Draft revolved around Maryland big man Jalen Smith, who was selected No. 10 overall by the Phoenix Suns. Smith, a former 5-star recruit, was projected to go in the late teens or early 20s. However, Phoenix projected Smith as a versatile chess piece capable of playing the four and five, and one who could adequately space the floor from three-point range.

A year after stunning the draft world by picking North Carolina wing Cameron Johnson No. 11 overall — which has worked out very well, mind you — the Smith experiment hasn’t even gotten off ground level yet.

Smith is still very raw as a prospect, adjusting on the fly to the NBA. He's fairly frail for a big, still only around 215 pounds, and it limits how Phoenix can utilize him moving forward. Smith saw garbage time here and there throughout his rookie season and flashed some real potential, but his G League stint showed there’s still lots of development ahead for the 20-year-old.

In six games for the Agua Caliente Clippers in the G League bubble last season, Smith averaged 8.3 points, 4.7 rebounds and 0.5 blocks while shooting only 38.8% from the field. For a former top-10 selection, Smith wasn’t able to flex his muscles against inferior competition.

Now, in the Las Vegas Summer League, Smith’s is getting his first real extended run with heavy minutes. Thus far, he’s still struggling to find his footing. In two games, Smith is averaging an impressive 13.5 points and 13.5 rebounds. However, the troubling number revolves around his overall efficiency — he's only shot 34.5% from the floor.

Summer league is an important time not only for Smith, but the Suns’ brass, as well. They need to see what they have with their former lottery pick, especially since he may end up being their last selection this high in the draft following a surprising NBA Finals run. It’s been a mixed bag from Smith, to say the least.

“Pretty much, it’s the NBA. It’s a make-or-miss league,” Smith said following the Suns’ second summer league game on Monday night. “Like you said, you can’t get down on yourself. I kinda got down on myself on my shots, but at the end, my team me picked me back up, I picked myself back up. I knew even though my shots wasn’t falling, I knew I could impact it on defense and trying to grab every rebound that came off the board. And that’s what I stuck with.”

If Smith continues to struggle against inferior competition on the summer league level — where a former lottery pick should show he’s a level or two above everyone else — Phoenix has to make an interesting decision. Smith doesn’t look ready for NBA minutes yet, meaning he may have to potentially redshirt another season, especially with JaVale McGee being signed by the club.

Do the Suns utilize their last remaining asset that could intrigue teams for more win-now help to bolster their already strong bench, or continue to play the long game with Smith’s development? It’s an answer we will find out soon enough, because trade winds are already blowing. Bleacher Report’s Jake Fischer mentioned Phoenix is gauging the trade market on Smith, which means they feel another move could soon be in the cards.

Two names to keep an eye on for Phoenix in trade discussions surrounding Smith, which would fill a need in their rotation: Thaddeus Young and Larry Nance Jr.

Phoenix needs more size and athleticism at the four spot to counteract bigger lineups opponents can throw at them. Landing Young or Nance alleviates those concerns. The Suns can reach the needed salary to acquire Young or Nance by packaging Smith and Dario Saric, who is out all next season due to a torn ACL suffered in Game 1 of the 2021 NBA Finals.

The window for a championship is right now for Phoenix, especially after re-signing Chris Paul to a four-year, $120 million deal. Also, backup point guard Cameron Payne was also re-signed to a three-year, $19 million contract — Phoenix is intending to run it back and is probably expecting to build upon last season's success.

Although Smith is an intriguing piece to develop, the early signs show he might not be ready to contribute to an NBA rotation until the 2022-23 season. For a team like the Suns — one with a small championship window — utilizing Smith’s upside to reel-in another strong piece to their rotation makes a lot of sense.

“I take it real heavily,” Smith said on Monday of his rebounding ability. “Obviously being the skinny kid always growing up, people was always pushing me around on rebounds. I took that personal. I didn’t want to be pushed around, so I try to bully everybody on the boards in that case. So, that’s why I stick to that. Pretty much one of my strong suits is just trying to jump over everybody and grab the rebound.”

Whether it’s in Phoenix or elsewhere, Smith has some intriguing upside.

However, he might be the piece that nets the Suns a necessary veteran to improve their already strong rotation for the 2021-22 season.