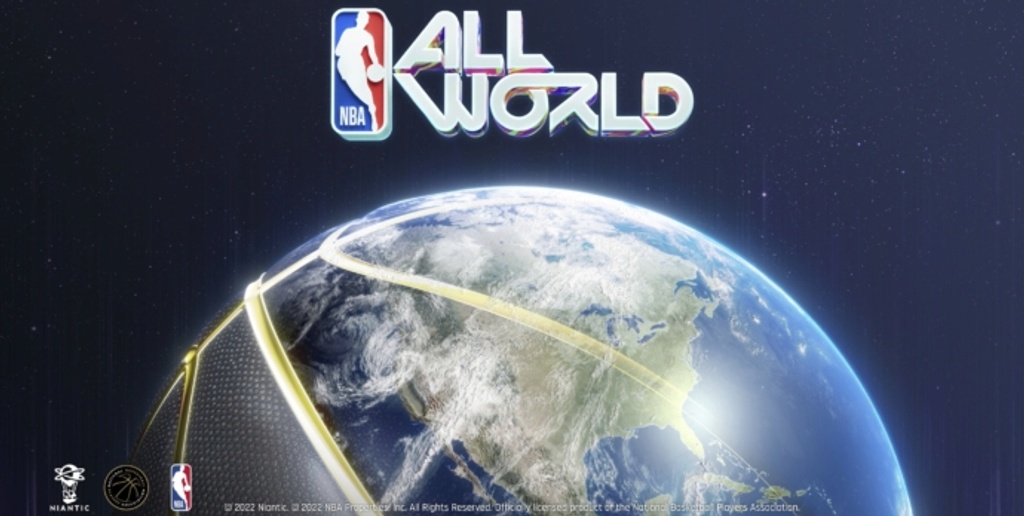 Introducing NBA All-World, an AR game from the creators of Pokémon Go

The NBA and NBPA have announced "NBA All-World," an officially licensed geolocation-augmented-reality basketball game with Niantic, the creators of Pokémon Go.

The free-to-play game allows users to find and compete against today’s NBA players, then recruit them to join their team. NBA All-World is available globally on the App Store and Google Play.

Just like with Pokémon Go, players will explore neighborhoods around the world and encounter today's NBA stars. Users can challenge the players, add them to their team, level them up and compete to become the ruler of local courts. Real-world drops will allow players to collect gear from well-known brands. Players can also chat with friends, and compete in one-on-one tournaments to win in-game items.

“Sports are a huge part of people’s lives and a huge part of pop culture,” said John Hanke, the founder and CEO of Niantic. “Our version of an NBA basketball game starts with exciting one-on-one gameplay and expands from there to include the major elements of basketball culture, including music, fashion, sneakers and more – all of which are integrated into real-world locations.”

Are you ready to ball? Get into the gameplay of NBA All-World in episode 2 of “Beyond The Game.” @NBAAllWorld 🏀 pic.twitter.com/6Q55ogVuAR

“We look forward to our fans fully immersing themselves in NBA All-World as they develop deeper connections with players, the league and each other,” said Matt Holt, the NBA's head of consumer products. “Through our collaboration with Niantic and the NBPA, this game helps expand the world of the NBA and its culture into virtually every neighborhood around the globe.”

As Niantic’s first officially licensed sports title, NBA All-World inspires people to explore the world to experience everything the game has to offer:

“We want to help make NBA All-World be as authentic as possible, as well as reach new audiences by bringing NBA players to Niantic’s augmented reality game,” said Josh Goodstadt, the chief commercial officer for THINK450, the partnership and innovation arm of the NBPA. “We look forward to users competing against and assembling their rosters from their favorite NBA players around the world.”

Niantic is the company behind Pokémon Go, Pikmin Bloom and Ingress, and NBA All-World is the latest augmented-reality game to be built on their Lightship platform.