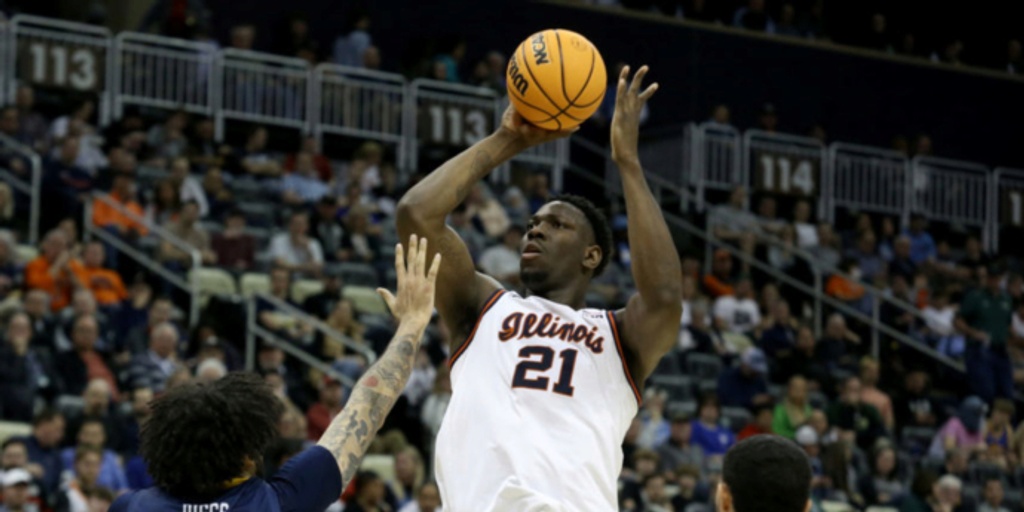 Illinois junior Kofi Cockburn announced that he is declaring for the 2022 NBA Draft.

Born in Kingston, Jamaica, the 7-foot center averaged 20.9 points, 10.6 rebounds and 1.0 block on 59.3% shooting in 28 games during his junior season with the Fighting Illini. Cockburn was the only player in college basketball to average over 20 points and 10 rebounds this past season. The consensus first-team All-American helped lead Illinois to a Big Ten Championship, which it shared with Wisconsin.

Cockburn tested the waters prior to the 2021 NBA Draft and 2020 NBA Draft, but he ultimately withdrew both times to continue playing at Illinois.

"I'm 100% in now," Cockburn told ESPN. "I'm not going back to college. I'm signing with agent Todd Ramasar. I've tested the waters enough, I'm 100% dedicated to going all the way."

Matt Babcock, BasketballNews.com's Sr. NBA Draft Analyst, believes that while Cockburn was dominant in college, his transition to the NBA could be challenging.

"I'm not sure any player in the country could match Kofi Cockburn's power and scoring ability on the block," Babock said. "There is no denying that he was a dominant force for Illinois. However, despite Cockburn's effectiveness at the college level, there are some concerns about how he translates to the modern-day NBA that values floor spacing and defensive versatility. Listed at 7-foot and 285 pounds, Cockburn is massive, and his body type creates significant advantages and disadvantages. His main challenge transitioning to the pros will be convincing NBA teams that his strength and power as a scorer outweigh his lack of footspeed and quickness."

Cockburn is currently not ranked in the top-60 on BasketballNews.com's 2022 NBA Draft Big Board.