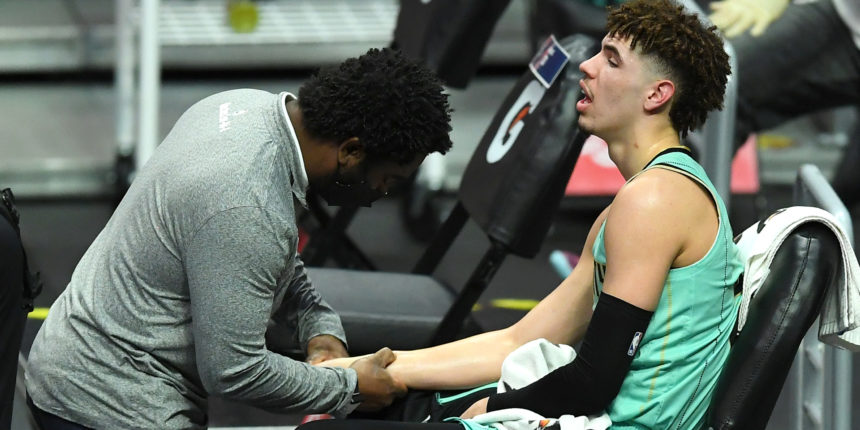 Charlotte Hornets guard LaMelo Ball is feared to have a fractured right wrist, Ball is receiving second opinions on his wrist for next steps.

ANALYSIS: Adrian Wojnarowski of ESPN adds that Rookie of the Year frontrunner LaMelo Ball is expected to miss the rest of the season with a fracture to his right wrist, and he's currently seeking a second opinion to confirm the diagnosis.

Ball exited yesterday's game against the Los Angeles Clippers during the fourth quarter, but he was favoring that hand throughout the game so it seems he suffered the wrist injury earlier. The injury didn't appear too serious at first, as the Hornets initially had Ball listed as 'probable' for Monday's game against the San Antonio Spurs.

This is devastating news for not only the Charlotte Hornets, but the entire NBA community, as LaMelo was taking the league by storm as a rookie. If Ball doesn't play another game this season, he will end his rookie year with averages of 15.9 points, 6.1 assists, 5.9 rebounds, and 1.6 steals in 28.6 minutes per game.