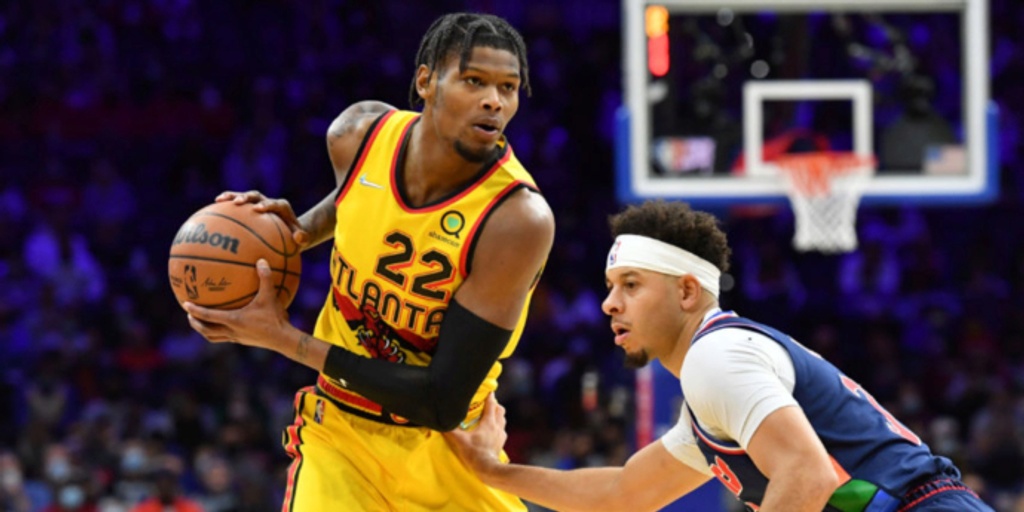 Say the words “trade demand” and most NBA fans will immediately think of a disgruntled superstar who wants out of their current situation. Ben Simmons, James Harden and Anthony Davis are examples of perennial All-Stars who have requested to be dealt in recent years.

While these are certainly the most high-profile and well-publicized trade demands, it’s pretty common for NBA players to ask for a change of scenery. Sometimes, these trade requests are never made public. Other times, news of the demand will surface after a deal is completed.

“Cam had come to us during the offseason and expressed the desire to maybe get to a situation where he could have a little bigger role,” Schlenk said. “He’s certainly not the first player who’s done that. He went about it the right way. There was no public proclamation. He showed up, went to work every day. But we told him, ‘Listen, if there’s something that makes sense for us, we’ll certainly take a look at it.’ So that was a part of it. We did our best.”

“This year, he made the decision during the summer that he wanted to go elsewhere and play somewhere else, so it was tough,” Hawks head coach Nate McMillan added. “It was tough on him to come in and he was a professional, he was a pro. He didn't do anything through the media; he came in, he tried to work. A lot of you guys were asking why he wasn't in the rotation or why we weren't doing certain things and it was: we knew that he wasn't going to probably end the season with us. [It's] unfortunate. I think he has a lot of talent, great kid and I wish him well.”

While Reddish’s name had occasionally popped up in trade rumors prior to the deal, the reports just indicated that the Hawks were open to moving him for a first-round pick due to their logjam of similar players. Despite Reddish's request, the Hawks found a taker without having to lower their asking price, as New York gave up a protected first-round pick (via the Charlotte Hornets) and Kevin Knox for Reddish. (The pick is top-18 protected in 2022, top-16 protected in 2023 and top-14 protected in 2024 and 2025, then it’d convey as two second-rounders in 2026 and 2027).

“We want players that want to be here, we want players that are happy to be here, right, but it’s also my job to do what’s best for the Atlanta Hawks, not necessarily that player,” Schlenk explained. “I don’t know if New York’s going to be the perfect spot for Cam or not, but my job is to get the best value I can for Cam Reddish, and we certainly canvassed the league and had conversations, in-depth conversations, with a lot of different teams. And we feel like this pick from Charlotte, even though it does have protections, I think my analytics group said there’s a 90% chance over the next four years we get this pick, so we think it’s a real first-round draft pick… And the one thing I’ll say about draft picks: everybody values draft picks. Every team might not value a player, but 29 other teams will value a real first-round draft pick.”

The Hawks’ front office (and Reddish’s camp) deserve credit for keeping the trade request out of the media, which would’ve hurt their leverage and diminished Reddish’s trade value.

A rival Eastern Conference general manager spoke to BasketballNews.com about how difficult it is to keep trade requests private these days.

“It’s hard. It’s so hard to keep it from leaking,” said the rival East GM. “I think it comes down to communicating with the agent at the beginning and telling them, ‘If we’re going to do this, it has to be completely on the down low.’ There has to be trust on both sides that this isn’t going to get out. But I feel like in today’s age, it’s really difficult to keep it quiet. There’s so much communication out there — players will talk to other players or their agent will talk to another executive or so on — and then the word will trickle out to the media. It’s hard to prevent that from happening. In today’s age, it’s hard to keep it from getting out there, so other teams often know when a player wants out. And if other teams know that a player wants out, they know that they have a little bit of leverage on you so they’re probably not going to give up as much in a trade. It’s a tricky situation to be in.”

It sounds like everyone involved in the Reddish trade request did a terrific job in terms of how they handled this. As Schlenk said, Reddish “went about it the right way,” and then the Hawks' decision-makers managed the situation perfectly.

When asked about Reddish’s potential and the possibility of him becoming a star in New York, Schlenk explained why he isn't worried about this trade blowing up in his face.

“That’s the hard part any time you’re talking about a 22-year-old player who has played less than 150 games in the league, I think,” Schlenk said. “He’s super high-talent. We all see that. He’s got great length, he’s got great size, he’s got great skill level. But we’re trying to blend the team together as well, so we have to take all that stuff into consideration. He could certainly go on and have an All-Star caliber career, and I wouldn’t be shocked at all by that. But he also wouldn’t be the first player who didn’t have that All-Star caliber career with the team that drafted him either. I wish nothing but the best for Cam. I have no ill will towards him at all.

“I don’t know if I worry about [this trade] coming back to burn me. I wouldn’t be surprised if Cam Reddish goes on to have a great career. What I came to is: he probably wasn’t going to have that with us.”

“You can’t be afraid to be wrong,” the rival GM said. “I remember early in my scouting, I’d talk about how I could see the good and the bad; I’d say, ‘Well, I could see why you’d like him and would draft him, but I could also see why you wouldn’t.’ Just pick a side! Don’t be afraid to be wrong about a guy. It’s going to happen. Every single person in this league has been wrong about players multiple times, and they’re going to be wrong multiple times going forward. You just have to be right a little more than your wrong in order to have success. You just can’t let the misses bother you.

“I relate it to golfing. If you’re a golfer and you shoot 75, there were probably 50 shots that didn’t go the way you wanted them to, but you move on and hit the next one. It’s the same thing with a shooter: ‘Hey, you missed a shot? Move on. Make the next one.’ You need to have the same mentality when you’re an executive. You could spend a month preparing for a decision and get all of the information that you’re going to get and exhaust every channel and then still get it wrong. Some executives have a great gut, some are more about gathering as much data as possible to make a decision. But both kinds of executives get things wrong. You just can’t let mistakes consume you. You can’t go back and change it, so there’s no point in stressing.”

Managing a trade demand isn’t easy for a number of reasons, but it sounds like the Hawks couldn't have done a better job with the cards they were dealt.