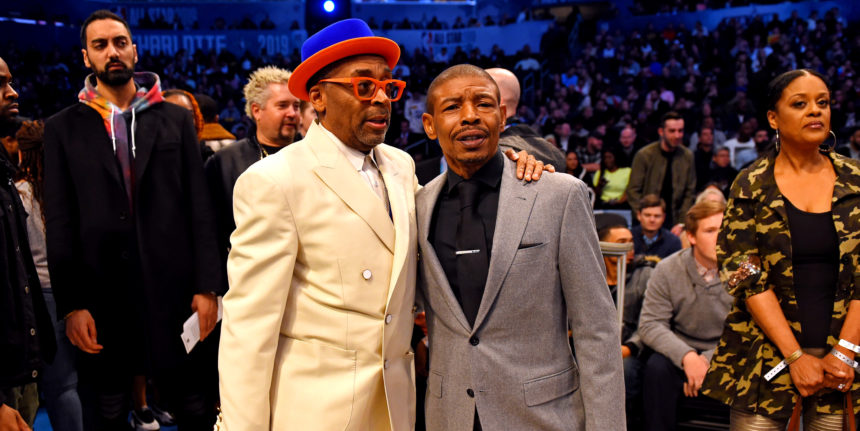 Grant Hill shares why he feared playing against Muggsy Bogues

Muggsy Bogues was truly a remarkable athlete and once-in-a-lifetime player in the NBA. Standing at 5-foot-3, Bogues had a tremendous NBA career that lasted for 14 years despite him not having the height of your typical basketball player. He wasn’t just a journeyman in the league, but was the starting point guard on a few really good teams in the 1990s, made a name for himself, and was a role model for kids because he showed that you don’t have to be extremely tall and strong to be productive in the NBA.

However, despite his size, Bogues was a superior athlete by all other parameters, and Grant Hill had the opportunity to witness that firsthand. When matching up with Bogues throughout the years, Hill learned what made him one of the most dangerous guards of that era.

“There were times when I, as premier ball-handler initiating the offense during my Detroit years, when we played Charlotte, you always wanted to know where Muggsy was," Hill said. "I didn’t want to put the ball on the floor at all with him on the court. A lot of times, we would put Lindsey Hunter in the opposing corner, and that was our offense, just to keep Muggsy away from all the action. I think that at that size, to have that kind of impact on the game — you can’t teach height, but you also can’t teach heart. He played at that size and made a difference. Caused havoc defensively, offensively pushed the tempo, made great decisions. He wasn’t really a three-point shooter but more of a mid-range, catch-and-shoot kind of guy.”

Bogues was never the top-tier point guard in the NBA throughout the 1990s, but for a few seasons in a row, he averaged more than 10 points and 10 assists to go along with a couple of steals per game. That is pretty remarkable for someone shorter than your average high school kid. Hill hopes that the younger generations of NBA fans would learn more about Bogues and his career because it might serve as a source of inspiration for anybody that wants to become a professional basketball player.

“He played in this NBA and played for a while and played on good teams, so one of a kind, and I think it’s great we are honoring him and celebrating him and telling his stories, so today’s generation can understand who Muggsy Bogues was and what he was all about.”

NBA TV recently aired Bogues' new documentary under the title "Always Believe," which tells a story about his life and career. Several NBA players like Stephen Curry were featured in the documentary, saying Muggsy was a significant source of inspiration for them on their path to becoming basketball players. Curry also has had a special bond with Bogues ever since he was a kid. His father, Dell, played with Bogues for a few years in Charlotte, so he had the opportunity to spend time with him off the court.

5'3" on the court but a Giant to the game. So dope growing up in Charlotte watching him do it in person. No way he should have made it, but don't tell him that! All love Muggs! https://t.co/VfU5cN9XgT

Clearly, Bogues' impact on the sport far exceeded his size.