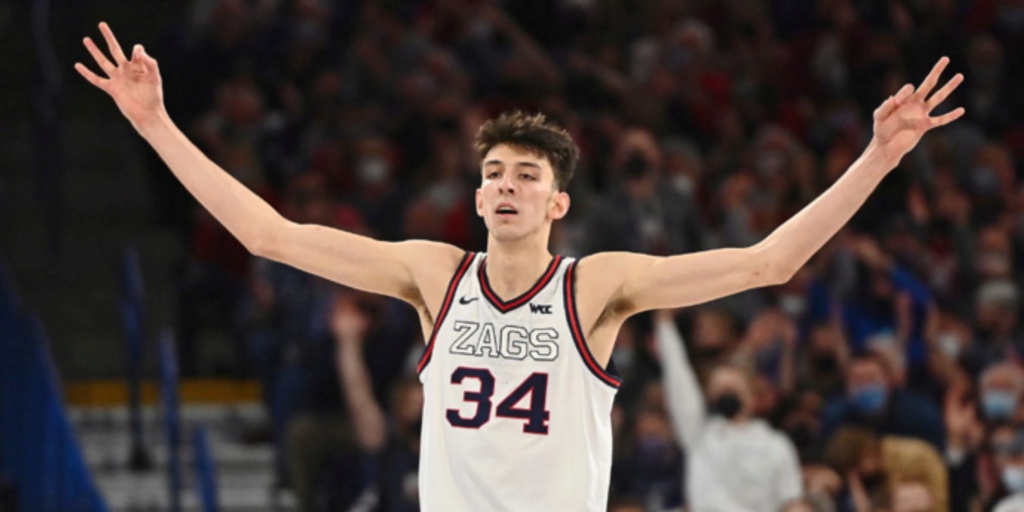 Gonzaga, once again, dominated conference competition at home in a 74-58 win over the No. 22 Gaels of Saint Mary’s. Drew Timme led all players with 25 points on 11 of 16 shooting from the floor. Chet Holmgren posted 11 points, 13 rebounds, 3 blocks, 2 assists and 2 steals in another highly impactful performance. The Bulldogs have now won 66 straight at home - the longest active Division I streak.

The No. 2 Bulldogs (21-3, 10-0 WCC) are favorites to land a No. 1 seed in the NCAA tournament next month, behind another well-balanced roster and offensive attack. Timme leads the team in scoring with 17.4 points per game and a potential top-3 pick in the NBA Draft, Holmgren, is posting 14.6 points, 9.1 rebounds and 3.3 blocks per game.

Led by senior Matthias Tass and his 12.8 points per game, the Gaels (20-6, 8-3 WCC) entered this one having won eight of their last nine contests. Alex Ducas, Logan Johnson and Tommy Kuhse round out their experienced, reliable backcourt.

The first half started with both teams trading buckets and Saint Mary’s was able to take a 12-11 lead at the 11:44 mark. From then until halftime, Timme and Andrew Nembhard were nearly unstoppable, as Gonzaga took a 36-23 lead into the break. Timme led all scorers with 15. The Florida transfer, Nembhard, had 8 points, 5 rebounds and 3 assists already.

Holmgren and Julian Strawther started the second period with some quick baskets, but Tass and Ducas responded. Gonzaga would stretch the lead to 21 points, but the Gaels fought all the way to make it 66-58 by the 3:00 mark. Strawther answered with a pair of triples, however, and sealed the deal.

Saint Mary’s head coach Randy Bennett commented after the game, "We battled with the No. 1 team in the country and I would've liked to see a little better offense from us, especially towards the end when they were putting the game out of reach.”

Tommy Kuhse led the Gaels in scoring with 16 points on 6 of 9 from the floor. Tass scored 14 and Ducas ended with 12 points. Strawther scored 11 points, and the Gonzaga bench of Watson, Hickman and Sallis combined for only 6 points in 26 minutes.

Coming into this one, Saint Mary’s was projected a No. 9 seed in the NCAA tournament.

With Auburn’s loss at Arkansas last week, Gonzaga is in position to move to No. 1 in the rankings.