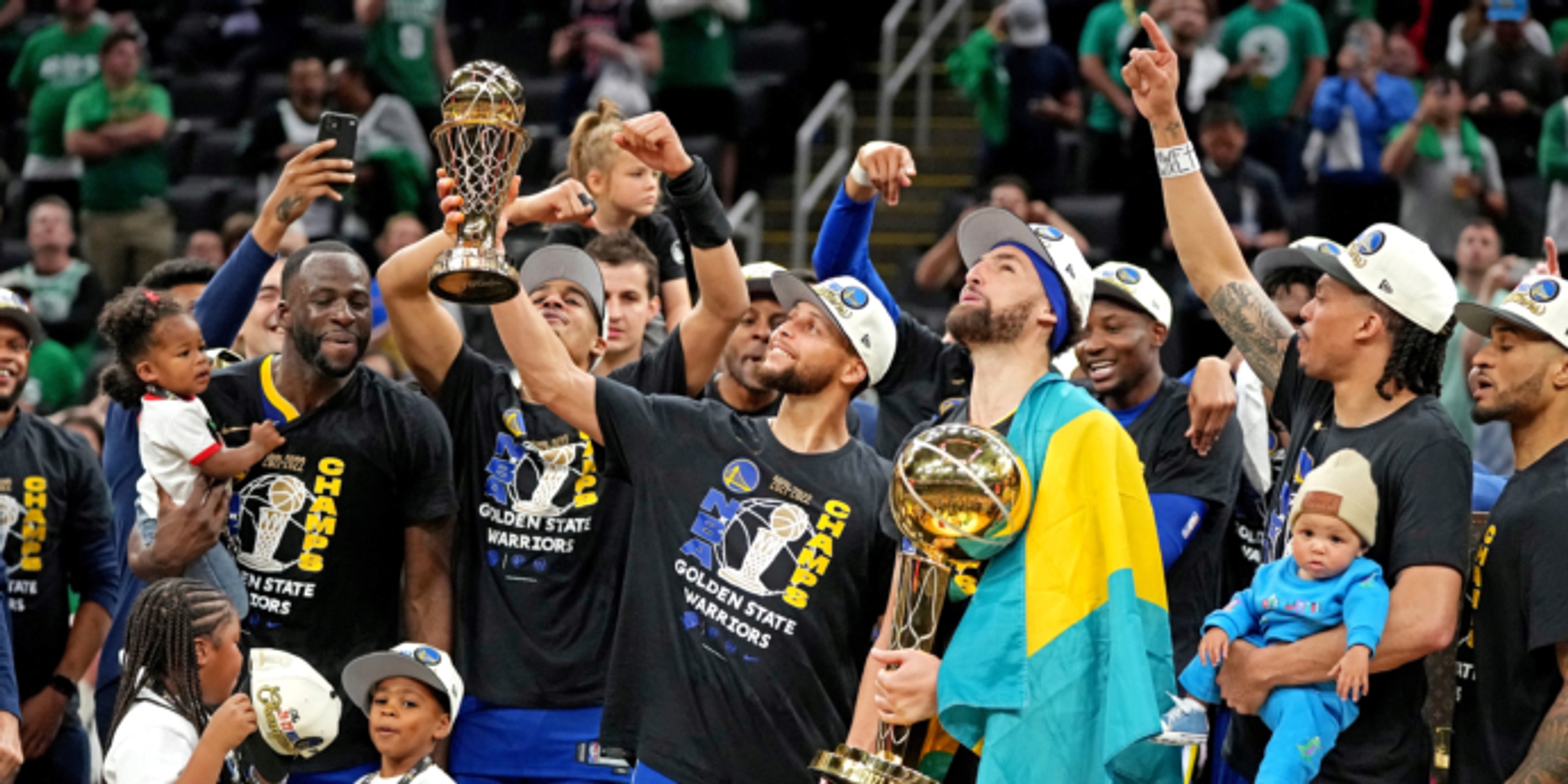 This is the first time that Curry has won the illustrious award in his 13-year career, but he wasn't thinking about that after the buzzer sounded on the Warriors' fourth title win in eight seasons.

"Forget that question. Why you start with that question? We've got four championships," Curry said postgame. "God is great, the ability to be on this stage and play with amazing teammates against a great Boston Celtics team that gave us everything to try to get to the finish line. This one hits different for sure, just knowing what the last three years have meant, what it's been like from injuries to changing of the guard in the rosters, [Andrew Wiggins] coming through, our young guys carrying the belief that we could get back to this stage and win, even if it didn't make sense to anybody when we said it, all that stuff matters.

"And now we got four championships. Me, [Draymond Green], Klay [Thompson], and Andre [Iguodala]... we finally got that bad boy. It's special. It's special. Just all the work that went into it, the faith and belief and everybody in that locker room that's getting to spray champagne around the locker room, everybody mattered in that process. So I'm just proud of everybody."

Stephen Curry reflects on it all! 🏆 pic.twitter.com/uEzOJDmR2p

"What he does at his size is so different from the traditional greats in this league. I've said it so many times, Steph reminds me so much of Tim Duncan," Warriors head coach Steve Kerr said. "Totally different players. But from a humanity standpoint, talent standpoint, humility, confidence, this wonderful combination that just makes everybody want to win for him.

"And I'm obviously thrilled for everyone in that room, and a lot of people had a big hand in this, but I think the thing with Steph is, you know, without him, none of this happens. That's not taking anything away from Joe [Lacob] and Peter [Guber]'s ownership, because they have built an incredible organization. Bob Myers, hell of a GM. Our players, we have had so many great players, but Steph ultimately is why this run has happened. Much like Timmy in San Antonio. So I'm happy for everybody, but I'm thrilled for Steph. To me, this is his crowning achievement in what's already been an incredible career."

Golden State Warriors guard Stephen Curry is the recipient of The Bill Russell Trophy as the Most Valuable Player of the NBA Finals 2022 presented by YouTube TV.

Curry received all 11 votes from a media panel at the NBA Finals.

"He's missing an Olympic Gold Medal (laughter), and I think he really has to focus on being on the 2024 Olympic Team. That's the last thing for his career. Sorry, I couldn't resist," Kerr quipped.

"Honestly, the whole Finals MVP thing, it's like, I mean, are we really -- I guess his career has been so impeccable, and that's the only thing we can actually find. So it's great to check that box for him. But it's been really hard for me to think that that's actually been held against him."