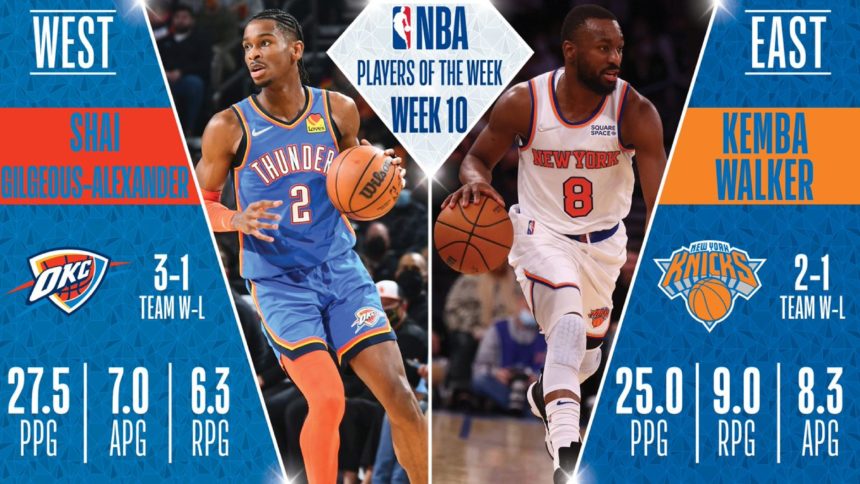 Gilgeous-Alexander, Walker named Players of the Week for Dec. 20-26

It was two guards taking home Player of the Week honors for Week 10 of the NBA season in Shai Gilgeous-Alexander and Kemba Walker.

Gilgeous-Alexander led the Thunder to numerous upsets with 27.5 points, 7 assists, and 6.3 rebounds per game in a 3-1 week. He dominated across the board against the Denver Nuggets with 27 points, 11 rebounds, and 12 assists in a 14-point win.

Walker returned to the Knicks' rotation in a big way with 25 points, 9 rebound and 8.3 assists per game as he led the Knicks to a 2-1 record. Walker recorded the third triple double of his career to a big ovation on Christmas against the Atlanta Hawks.