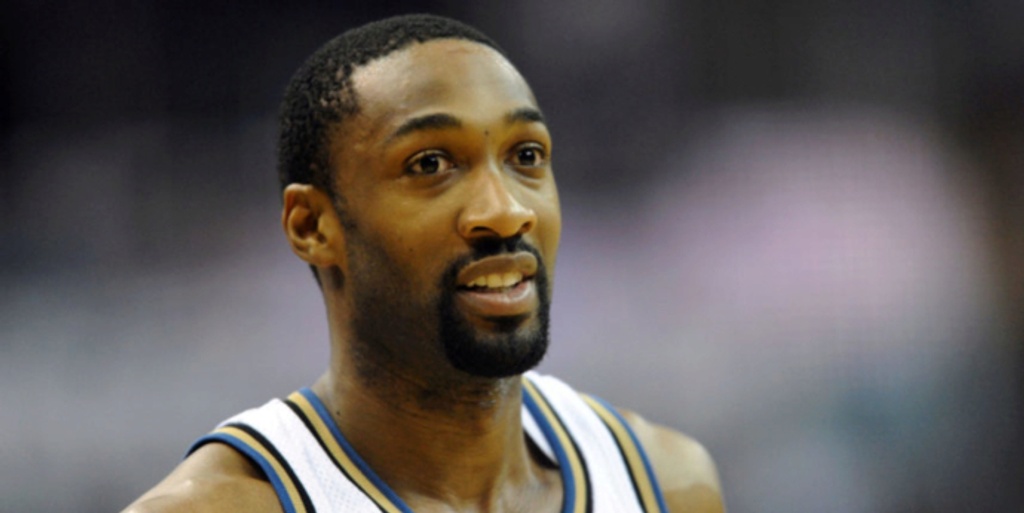 Even when a guy like Antoine Walker writes a book about making $108 million and then going broke, you still wonder how that’s possible, right? Well, Gilbert Arenas shared a story about his rookie year that will paint a perfect picture.

Every player gets an estimate of where he should expect to get drafted. After checking which teams are expected to pick at those spots, the very next thing is to check the rookie salary in those ranges. Being told he’d be a top 10 draft pick was music to Arenas' ears. Agent Zero got himself an expensive chain and a souped-up Escalade with five TVs and a suede roof.

When Joe Johnson got selected with the 10th pick in the 2001 Draft, Arenas was still waiting to hear his name. He would wait a bit longer, all the way to the 31st pick, falling to the second round. Suddenly, his $845,000 rookie salary wasn’t enough to cover everything he had bought.

“When they did my budget, I can only spend $500 a month," Arenas said in an interview with DJ Vlad. "That’s gas money, girlfriend, two dogs. I couldn’t even drive back and forth to the arena. I had to say at the arena sometimes. I slept in the arena.”

This was a sobering moment for Agent Zero. Sleeping in the gym because he couldn’t afford gas, too proud to ask teammates to give him some money, the reality of being a professional kicked in for Arenas.

”You’re on you’re own, and you have all the time in the world not to get in trouble,” he said.

Arenas also pointed out that, at the time, you couldn't return to school.

“It wasn’t fun. I even said then, ‘I wish I could come back to college. I took a pay cut coming here," Arenas said.

Pay cut? But players aren’t paid in the NCAA, right? We already covered Al Harrington sharing his experience, openly saying a college offered him” a truck and cash” to join their program. They even went so far as to offer to hire his mom and give Harrington $450,000.

So for a lot of prospects in that era, joining the NBA meant a pay cut and suddenly not being the best guy in the gym. Arenas said the biggest lesson he took from his rookie year was realizing he wasn’t nearly as good as he thought he was. As hard as it was to accept that fact, the reality of his debt fueled his fire to watch film and warrant a bigger contract.

We know the story from there. Arenas retired with earnings over $160 million, so he’s set for life. But the story about his rookie year gives us a fascinating insight into the lives of pro athletes. They can spend it as quickly as they can make it.