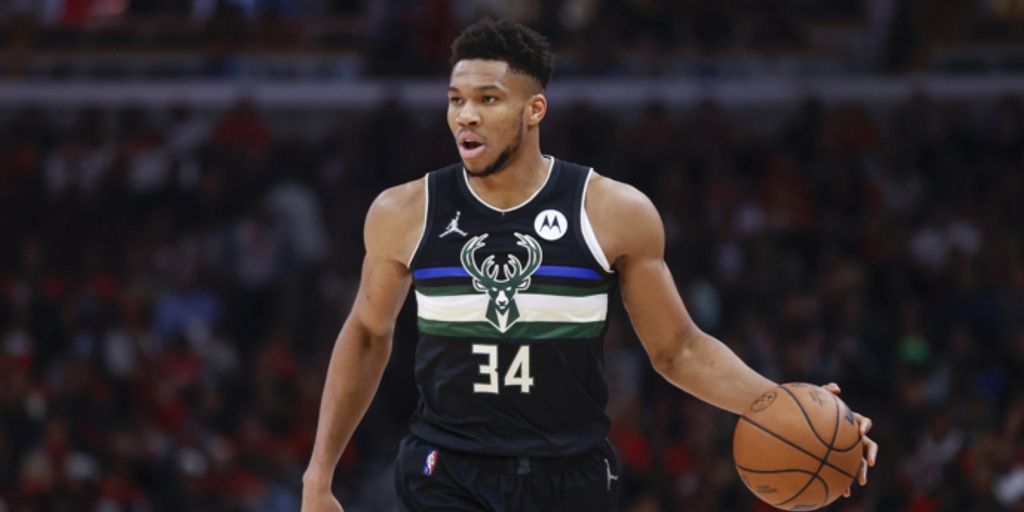 Giannis Antetokounmpo open to playing for Bulls 'down the line'

When Giannis Antetokounmpo siged a max contract extension with the Milwaukee Bucks in December 2020, the entire city and Bucks fans everywhere breathed a sign of relief that their star player wasn't going to leave for a glamour franchise. Instead, the two-time NBA MVP made a commitment to the franchise that drafted him and he delivered, leading the team to a championship in 2021.

But you never know what might happen in the future. While recently speaking with the The Sports Zone on Fox 32 in Chicago, Antetokounmpo admitted he’s open to the idea of one day playing for the Chicago Bulls because of the team's rich history with Michael Jordan.

“I think anybody who is asked that question and would say no, he’s a liar," said Antetokounmpo. "It’s a team that won multiple championships; it’s the team with one of the greatest, if not the greatest, players to ever play this game played for. It’s a no-brainer; everybody would love to play for Chicago. Down the line, you never know. Maybe I play for Chicago, but right now, I am committed to Milwaukee.”

Antetokounmpo won't go anywhere anytime soon as he's under contract with the Bucks through the 2024-25 season with a $52 million option for the 2025-26 season. Plus, he has always talks about how much he loves the Bucks and has been very loyal to the franchise.