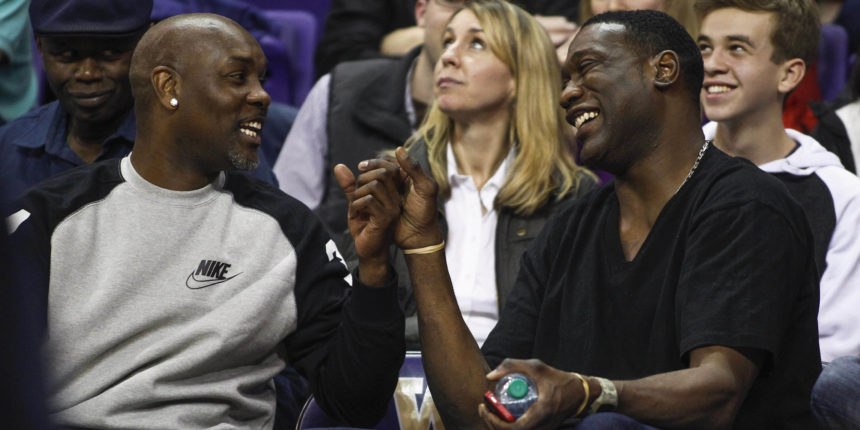 Before Gary Payton turned into one of the game’s legends, he was on the brink of being marked as one of the many top prospects who failed to reach their full potential.

Payton was the second overall pick in the 1990 NBA Draft. His first two years were subpar as he averaged 7.2 points, 6.4 assists; then 9.4 points and 6.2 assists, respectively. Payton admitted he was lost during his first two seasons in Seattle — his underperformance almost triggered the Supersonics to let him and Shawn Kemp go.

“I’m a young dude coming in at 21 years old and I don’t know what’s happening. I struggled. I was with Shawn Kemp and we were struggling and then Seattle started talking about trading us. And then the next thing you know, the ownership came in and said, ‘Let’s talk, you two. Together. What is the problem?’ And I just said I just don’t have no guidance. You know I don’t have guidance. I don’t have no work ethics, I don’t want to be here. The coaching staff doesn’t support me the way it is,” Payton said on The Draymond Green Show.

Apart from his lack of diligence, Payton also noted that KC Jones, the Supersonics’ head coach during that time, might have affected his headspace. After all, Jones is a legendary figure who won eight straight titles with the Boston Celtics from 1959 to 1966. The man was a teammate with all sorts of legends. Jones’ stature somehow intimidated Payton, a young stud trying to adjust to a new life. Fortunately, things changed when George Karl — the Sonics’ third head coach in the 1991-92 NBA season — came along.

“We went to George Karl and he brought in my savior, like a second father to me, who’s named Tim Grgurich. When he came in, he took me under his wing and made me go to summer league. We played in Utah, we played in LA, we played in all of these things. I was in my third year going into summer league. And that’s what I needed. I needed a work ethic to do different stuff and I got it. And he put in the post-up game to me, he put in my pressuring the ball 94-feet. He put all that stuff in my game.“

Karl and Grgurich were the mentors Payton needed at that point in his career. In the 1992-93 NBA season, Payton’s third, the Sonics made it to the Western Conference Finals. It would be the start of a legendary career — in the following seasons, Payton would be named an All-Star, win Defensive Player of the Year, and gain the nickame 'The Glove.' The rest is history.