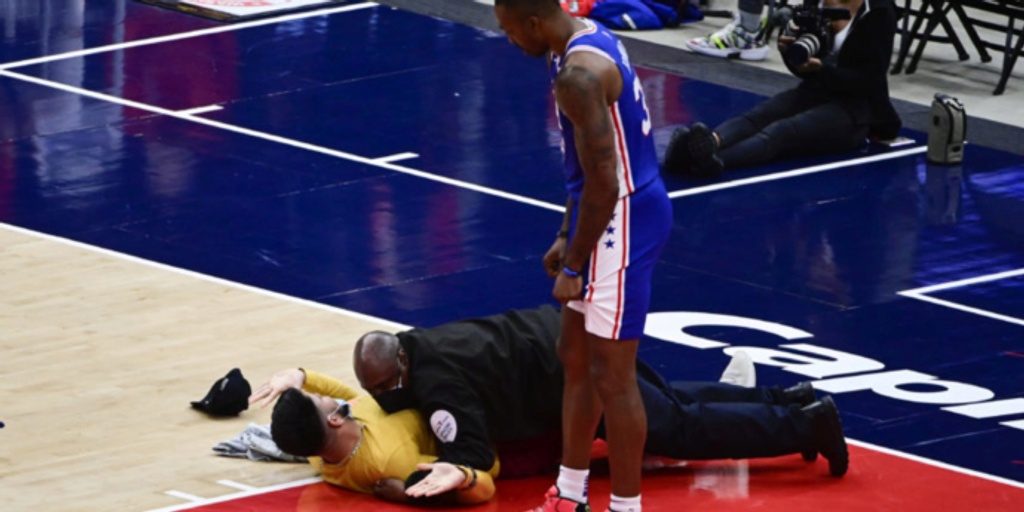 Fan at Wizards/76ers game runs on court, banned from arena

During this evening's game, a fan was apprehended by Capital One Arena Special Police after attempting to breach the court. He will be banned from the arena and charges are being pursued with DC MPD.

ANALYSIS: The fan rushed the court during the third quarter of Monday's Game 4 first round series between the Washington Wizards and Philadelphia 76ers. This marks the 5th fan incident over the past six days of NBA playoff basketball.