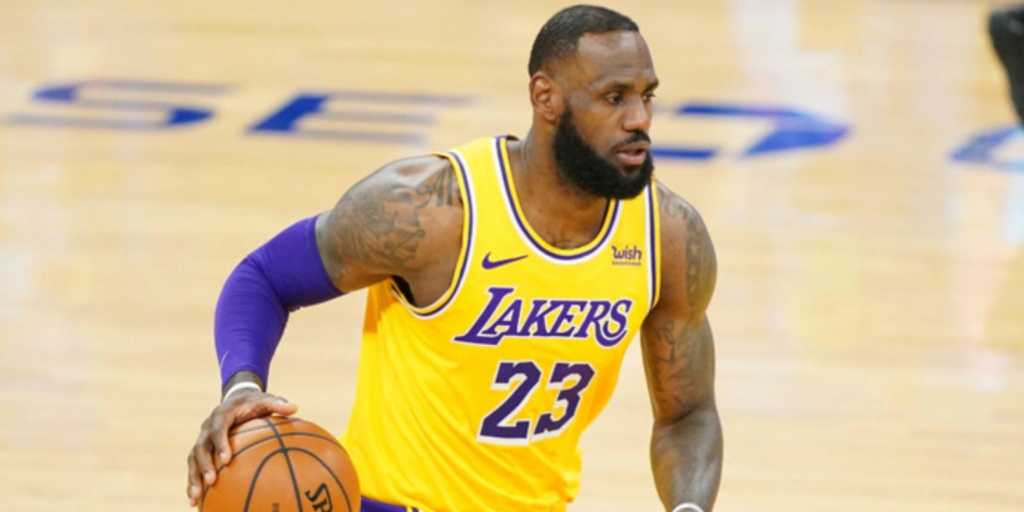 The most anticipated showdown of the 2021 NBA play-in games goes down on Wednesday night when the Golden State Warriors travel to take on the Los Angeles Lakers in the No. 7 vs No. 8 matchup.

Who has the edge in the battle between Steph Curry’s Warriors and LeBron James’ Lakers?

Curry is firing on all cylinders. The league’s scoring champ -- 32.0 points per game -- has made the Warriors a dangerous proposition for a Lakers team that doesn’t look like it is at full capacity just yet.

After spraining his ankle on March 21, LeBron James has played in only four games, including the final two of the regular season. James looked fine for the most part over the weekend, but it’s a tough ask to expect his typical dominant self as he still shakes off the rust and gets back into game shape. However, LA should have some crucial advantages that could propel the team to the No. 7 seed.

For starters, the Lakers have a massive size advantage on the Warriors, with Anthony Davis rounding into form and Andre Drummond on hand. Curry’s range will pull the Lakers’ bigs away from the rim, but LA has the second-best defense in the league on a points per 100 possession basis, according to Cleaning the Glass.

Curry is going to get his, but the Lakers’ size is going to be overwhelming for a Warriors team that is thin up front. It’s pretty much Draymond Green and Kevon Looney at this point to fight on the glass.

The Lakers are fifth in the NBA in limiting opponent’s offensive rebounds, while the Warriors are 22nd in the same metric.

The gameplan for the Warriors is going to center around Curry, but if he is going to shoot 22 three-pointers like he did on Sunday against the Memphis Grizzlies, that could play into the Lakers' hands.

Yes, it would be costly if he hits nine of them, but with LA’s ability to rebound and attack the undersized Warriors’ front court, they should be able to generate enough offense to offset Curry’s firepower. 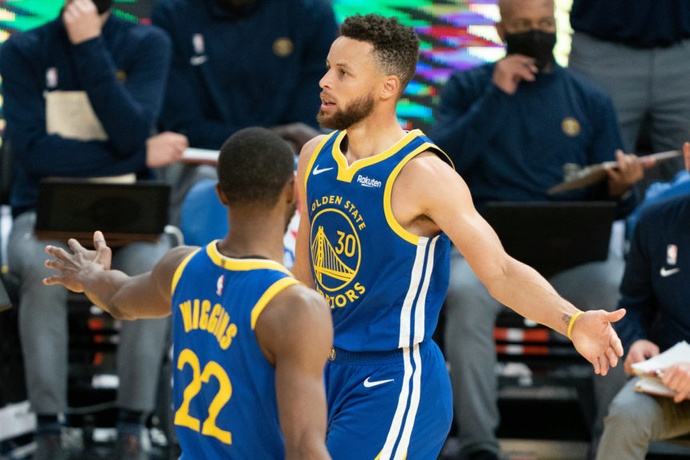 For the Warriors to pull the upset, they will need a follow-up performance from Andrew Wiggins, who hit on nine of his 16 field goal attempts and scored 21 points while pulling down 10 rebounds on Sunday. Again, with the Lakers’ stout defense, who else is going to make them pay besides Curry?

There is a ton of intrigue around this game because of the incredible play of Curry and the unknown around James’ ankle. That uncertainty is keeping me off the spread. I can see several different outcomes in terms of a result, but I do have a lean on a team total.

I’m playing the Lakers’ team total over 112.5, which is available at FanDuel Sportsbook.

While I do think this game can become more half-court oriented, the Lakers' ability to attack the offensive glass and use their size to get to the free-throw line is driving me toward this bet. The Warriors have the second-highest opponent free throw rate in the league, so expect LeBron and Co. to live at the line on Wednesday night.

LA was able to get over this total in all three matchups with Golden State this season, and despite the stakes being higher, I expect them to go over it again.

BetQL’s NBA model has run 10,000 simulations of this game to provide insight on how the game will pan out, and after all those simulations, the model loves the Lakers in this play-in game. Currently, the point spread of this game sits at +/- 5.5 with the Lakers as the heavy favorite, but BetQL’s model thinks the Warriors should be getting more points and would have placed the line at Lakers -8. Keep reading below to get NBA computer picks for tonight’s game from the experts.

The model is leaning toward the Lakers -5.5 with a 3-star rating on the day of the game, and it is hard to argue with the model on this pick. The Lakers are the defending champions and haven’t played many games as a cohesive unit, so they may not be getting the respect from the oddsmakers they deserve. If the first night of play-in games proved anything, it is that veteran teams with playoff experience have the upper hand. The Warriors have done great throughout the regular season to claw their way into the playoffs, but other than Curry and Green, there is little playoff experience on the roster.

We are backing the model and betting the Lakers -5.5, but be sure to check back with BetQL to see the most updated odds, lines, and spreads for this game before tip.

The over/under for this game is set fairly low at O/U 218 points, and with that number sitting so low, the BetQL model recommends taking Over 218 for this game. Unders reign supreme early in the NBA playoffs, but this total is set so low to start that it may be advantageous to bet the over. BetQL’s over/under pick model has the over as a 4-star pick right now and early in the day 72% of sharp bettors are on the over. If you can snag this line before it moves, we recommend it.

Although a majority of the prop bets will be coming in on Stephen Curry, LeBron James and Anthony Davis for tonight’s game, the BetQL model has identified an under-the-radar prop bet that could be profitable.

Currently, BetQL has the over on the prop as a 3-star bet, and it looks like a good bet. Kuzma should see some increased minutes in this playoff matchup, especially if the Warriors are playing with a small lineup. As mentioned earlier, the Warriors are one of the weakest rebounding teams in the league, so Kuzma should get a few easy boards tonight. The only drawback to this bet is that Kuzma’s point totals for the past month have been up and down. Throughout May, Kuzma’s point total has fluctuated between 20-plus to under 10 points on a game-to-game basis. Overall, we feel good that Kuzma will be able to score close to 10 points in this game, grab a few easy rebounds and mix in at least one assist tonight.

The Kuzma Over Points, Rebound & Assist prop is currently (-106) on DraftKings. If you don’t have a DraftKings account, check out the sportsbook bonuses in your area here. You can get risk free bets just for signing up for a new sportsbook in your area.