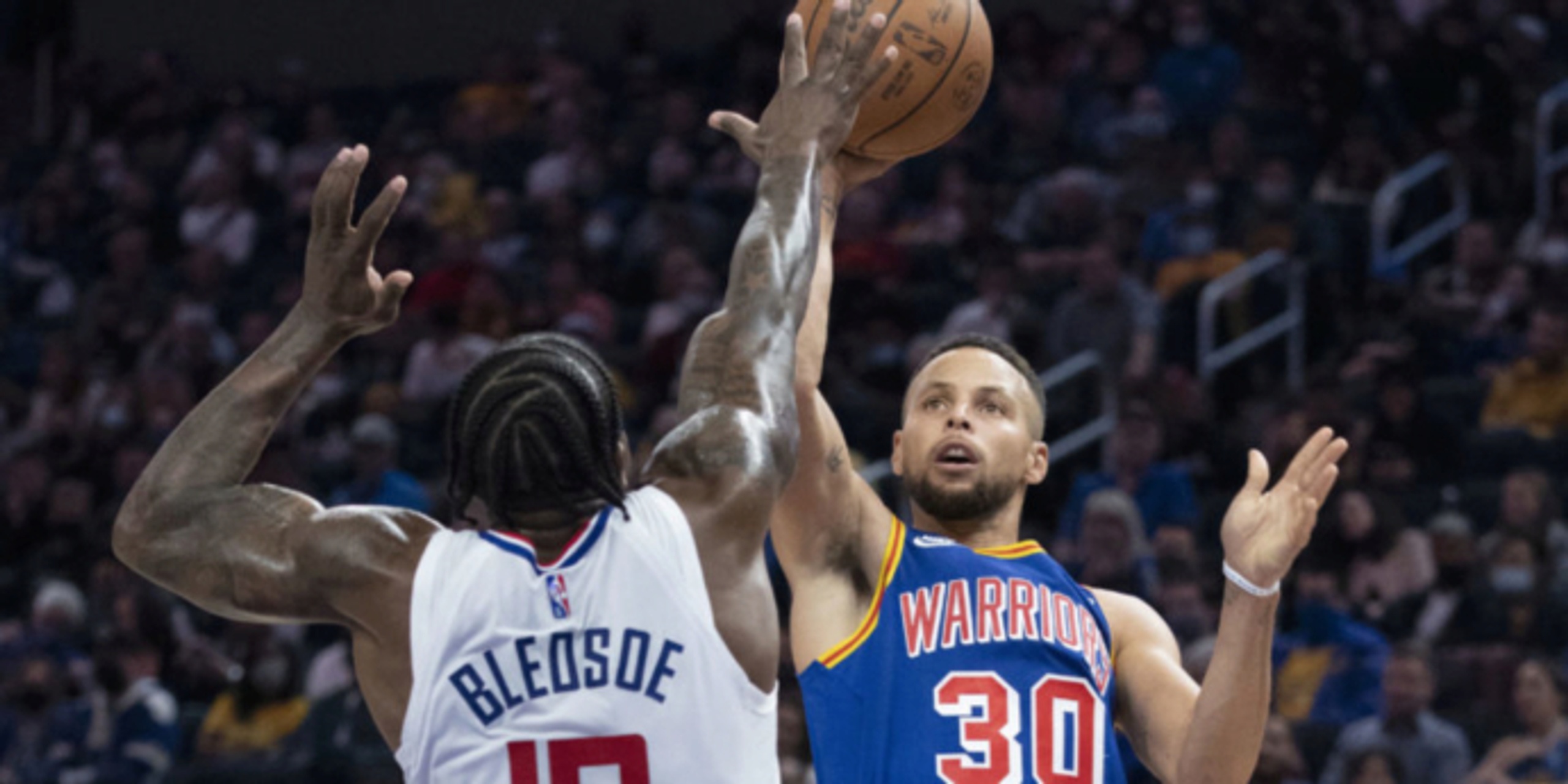 Eric Bledsoe is one of the toughest guards in the league, and he's been named to the All-Defensive team twice. So if he says guarding Steph Curry is “horrible,” we believe it. Stats also prove the Golden State Warriors star is pretty much unstoppable now, even when a defender is all over him.

Curry and the Warriors defeated the Los Angeles Clippers 115-90, but the score did not reflect how close the game was before Curry got going. He finished the game with 33 points and seven three-pointers, which frustrated Bledsoe (who was matched up against Curry).

"It’s horrible because sometimes you think you got him covered," Bledsoe said via NBC Sports Bay Area. "They’ll get ball movement for a wide-open layup and turn it down just to look for him for a three. By the time you turn your head, you think they’re gonna lay the ball up and he’s on the other side of the court shooting a three. It’s tough, he draws so much attention."

The Warriors built their system around Curry, and he's delivered. A big reason for Golden State's success in recent years is the fact that the coaching staff has allowed Steph to be himself. He pushes the boundaries and has the ultimate green-light from just about anywhere on the floor. Curry’s unselfishness is also a significant reason the Warriors sit atop the standings with an 18-2 record.

Curry is unguardable when guarded tight

In fairness to Bledsoe, he’s not the only one who gets frustrated when guarding Curry. No one in the league has put a clamp on Steph this year, and he’s been running wild, even when a defender is draped all over him.

According to NBA.com, Steph has shot 31-for-60 (or 51.7%) on threes with a defender within 2-to-4 feet of him (tight coverage) or 0-to-2 feet of him (very tight coverage). He is even more accurate in these situation than on wide-open shots. These numbers are up compared to last season, when Steph shot “only” 37.7% in tightly guarded situations. This is solid proof that Curry is basically unguardable right now. No matter what the defense throws at him, it does not seem to affect him.

Is this the best version of Steph Curry we've seen in recent years? His assists, rebounds and steals are up compared to last season. Despite this being his 12th season, he continues to dominate and put up epic performances night after night.