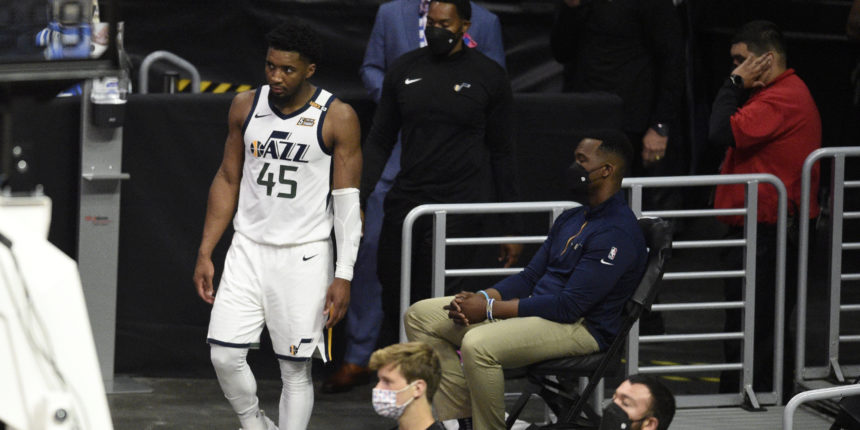 Donovan Mitchell on ankle injury: 'I'll be ready for Game 4'

Donovan Mitchell left Saturday's Game 4 loss to the Clippers due to pain in his ankle, but the Utah Jazz star sounds optimistic about the injury.

""It's when I land," Mitchell said postgame. "It's been just trying to manage it. I don't really know what else to tell you; I don't want to say too much. It was just the landing, but I'm good. I'll be ready for Game 4."

ANALYSIS: According to the story, Mitchell was held out of the game as a precautionary measure due to the already one-sided contest. The Clippers took home a 132-106 win to move the series score to 2-1, still in favor of Utah. Mitchell missed the last 16 regular season games, as well as the first game of the playoffs, with a right ankle sprain.