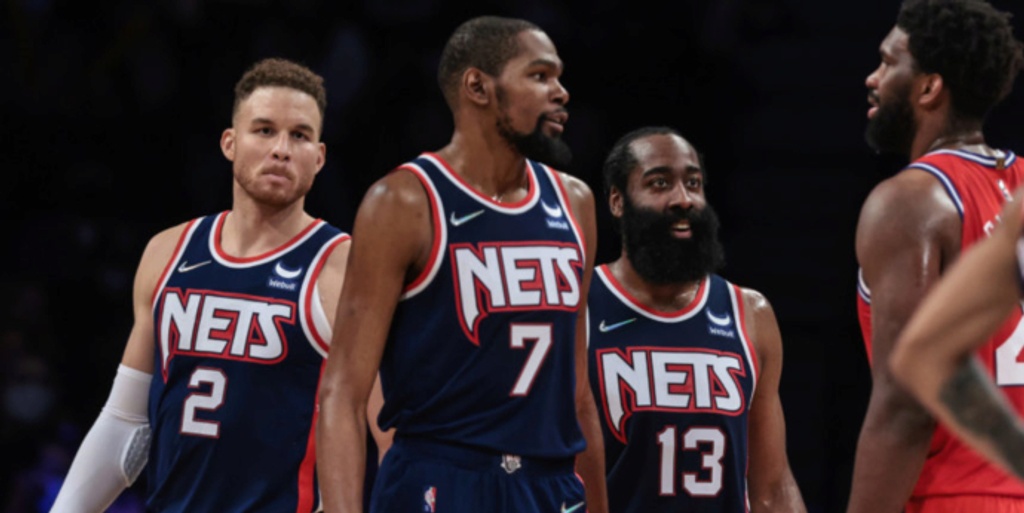 Despite injuries and Harden rumors, Nets are still title favorites

Despite rumors that James Harden wants out and a nine-game losing streak (the longest active losing streak in the NBA), the Brooklyn Nets are still the favorite to win this year's NBA championship — a testament to how talented this team is on paper.

Kevin Durant has been sidelined due to a sprained MCL in his left knee, and Harden has missed several games in a row due to left hamstring tightness. Meanwhile, Kyrie Irving is only playing in road games due to New York's COVID-19 mandate requiring pro athletes to be vaccinated. As a result, the Nets are 29-25 and sitting in the Eastern Conference's eighth seed.

However, this team is so dangerous at full strength that they remain the favorite to win it all. Oddsmakers have given the Nets +400 odds (or an implied 20% chance to win this year’s title).

With that said, each time the Nets lose, the West’s contenders close the gap a bit. The Golden State Warriors have moved to +460 (or an implied 17.9% chance), while the Phoenix Suns are at +500 (or an implied 16.7% chance). In the East, oddsmakers believe the Nets’ biggest competition is the Milwaukee Bucks (+650, or an implied 13.3% chance).

The Nets’ Big Three has only played 16 games together since forming a year ago, and they’ve suited up together just twice this season (in wins over the Chicago Bulls and Indiana Pacers).

Last season, we saw something similar when oddsmakers continued to list the Los Angeles Lakers as a title favorite even as injuries caused them to slide down the Western Conference standings and into the play-in tournament.