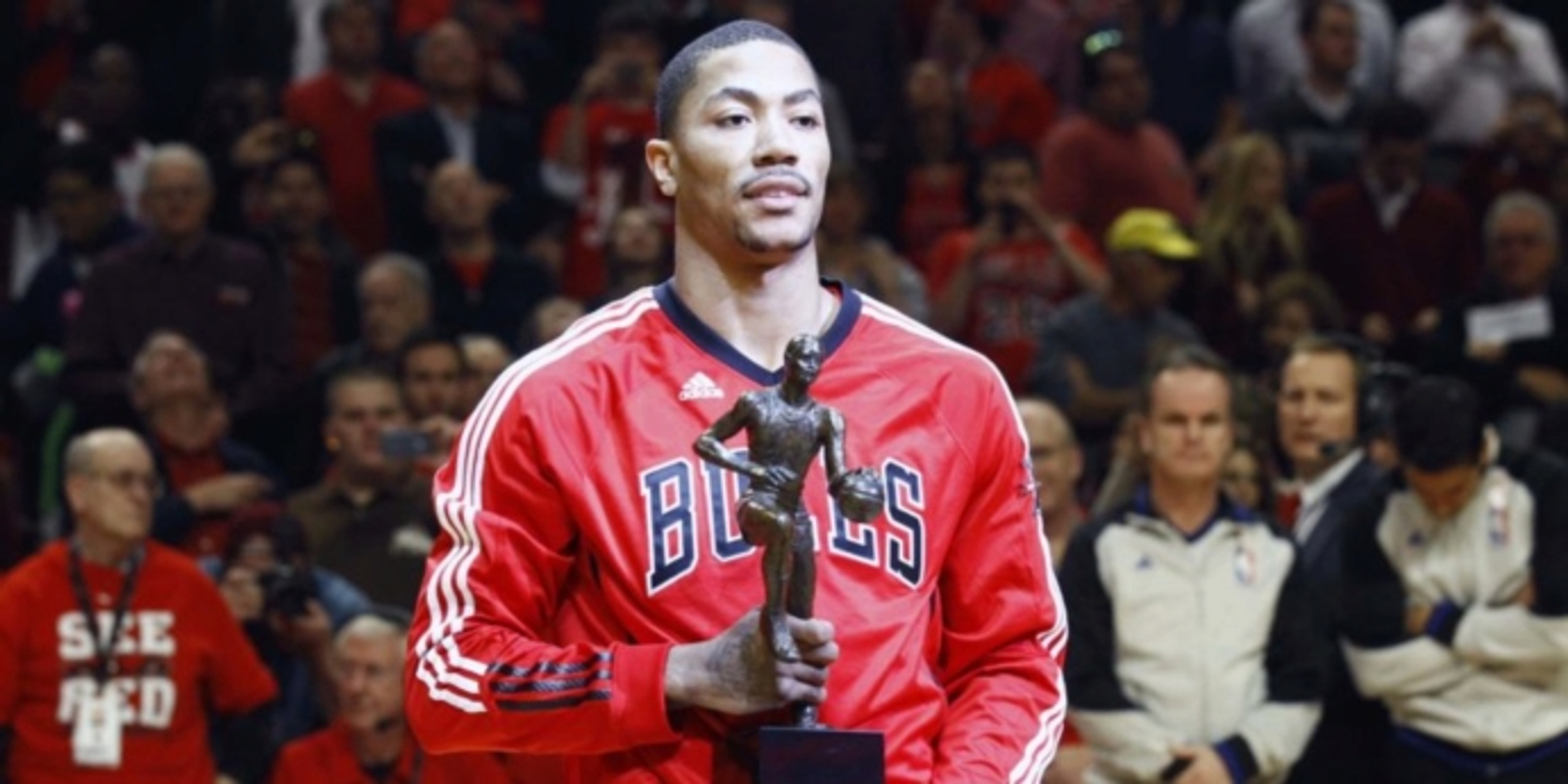 Derrick Rose’s MVP trophy is still with his mom

New York Knicks guard Derrick Rose is still etched in NBA history as the youngest player to be crowned Most Valuable Player at 22 years old. It seems a long time ago when Rose showed off his speed and athleticism through fierce drives and monster slams.

Though it has been a while since we have seen Rose show off his vintage moves, fans, especially those in Chicago, are still proud of their hometown boy. However, one lady will forever be appreciative of her son’s accomplishments: Rose’s mom, Brenda. The Knicks guard revealed that Brenda still has his MVP trophy at her house. And there is no chance she will return it to him.

“I keep my MVP award at my mom’s house. She kinda took it for hostage. She’s not giving it back to me. It’s kinda like the movie Taken. She’s like the lead character right now,” Rose said.

Who can blame her? Rose will likely be forged forever in history as the youngest to raise the coveted award.

It might take a few years (or decades) before we see the record broken. Before Rose, Washington Bullets legend Wes Unseld held the record for more than four decades. Some even believed that Slovenian sensation Luka Doncic would boot Rose out of the pedestal. Yes, Doncic is still considered a generational talent. But with the way the Mavs are performing, analysts hesitate to include Doncic in the MVP conversation.

The trophy symbolizes that Rose had the best individual season in the NBA once at one point in his career. Note that LeBron James, Dwyane Wade and Chris Bosh joined forces in South Beach during Rose’s MVP year. Kobe Bryant was well within his prime as well. A young trio comprised of James Harden, Kevin Durant, and Russell Westbrook was rising in Oklahoma City. Amid this collection of talent, Rose shined the most.