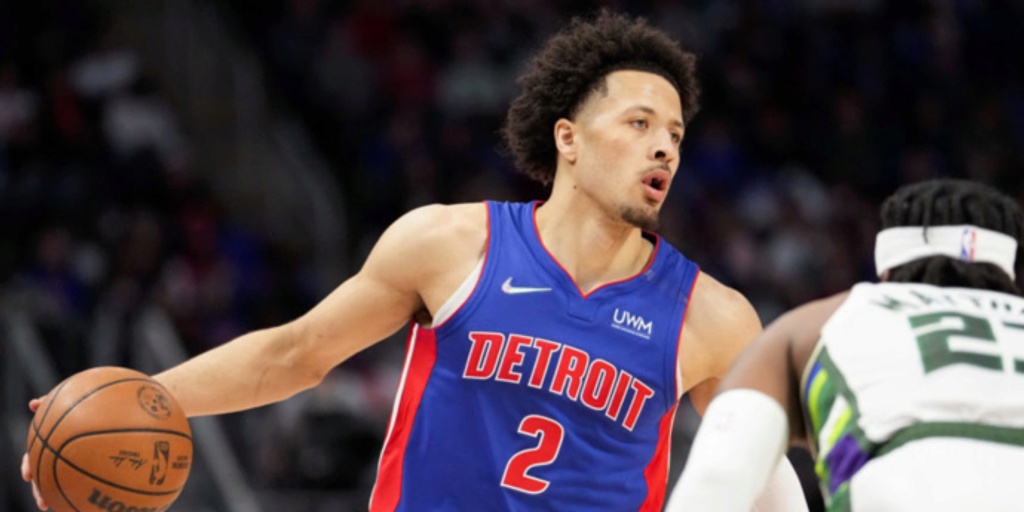 Cade Cunningham shares valuable lesson he learned as a rookie

After an impressive season that culminated in a third-place finish for the NBA's Rookie of the Year award, Detroit Pistons star Cade Cunningham recently opened up about a valuable lesson he learned during his first year as a pro.

“I think the biggest thing I learned is that the league, the media, nobody will care until you’re winning,” Cunningham told SLAM. “I could feel bad for myself all I want about [how] people didn’t respect or appreciate the season I had or anything, but I didn’t win a lot of games.

"I think that’s been the biggest thing that I’ve locked in on and I decided within: I have to win games if I want people to respect my name. And if not, then I can’t be mad at people not watching enough games and how I really play. That’s the challenge that I’ve tried to take on. I’ve talked to teammates [and] we’re all trying to take that challenge on. I think that’s the next step for us.”

Cunningham seems determined to change that. It's not uncommon for a young player to spend years trying to put up numbers and prove he is a star, so it's great to see Cunningham already prioritizing team success over individual accolades and taking a mature approach as a 20-year-old.

Perhaps Hall-of-Famer Isiah Thomas has helped Cunningham see the bigger picture, as SLAM notes that Thomas has had several conversations with Cunningham about leadership and other topics.

Fortunately, the Pistons are in excellent position to add some some reinforcements alongside Cunningham. Detroit has the No. 5 pick in the 2022 NBA Draft, and our Senior NBA Draft Analyst Matt Babcock currently projects that the Pistons will select Kentucky's Shaedon Sharpe.

Also, the Pistons currently project to have the second-most cap space in the NBA this offseason ($25.80 million), trailing only the Orlando Magic ($28.67 million). If Detroit is able to add some key pieces alongside Cunningham, perhaps the organization can right the ship and return to the playoffs sooner than later.

Cunningham was also asked about this season's Rookie of the Year award, which went to Toronto Raptors forward Scottie Barnes (with Cleveland Cavaliers big man Evan Mobley finishing as the runner-up). While Cunningham felt he should have won the award, he's happy for his former high-school teammate and he's glad the debate is over.

“Scottie is my brother, I’m happy that he got that award," Cunningham said. "I feel like it’s great that it’s him, [my] Montverde teammate. I’m super excited [for him]. I mean, it’s never really been about that award for me. I’ve had a ton of questions asked about it, you know— 'Rookie of the Year, what do you think about you winning?' So, I’ma answer the question, you know? I feel like I should win it. That’s natural. But it was never a knock on those guys. I love their game and I’m happy that now we can quiet that question down. Congrats to Scottie, man, I love my dog.”

While Cunningham didn't win the Rookie of the Year, award there's no question that he has a bright future and the Pistons are thrilled to have him.