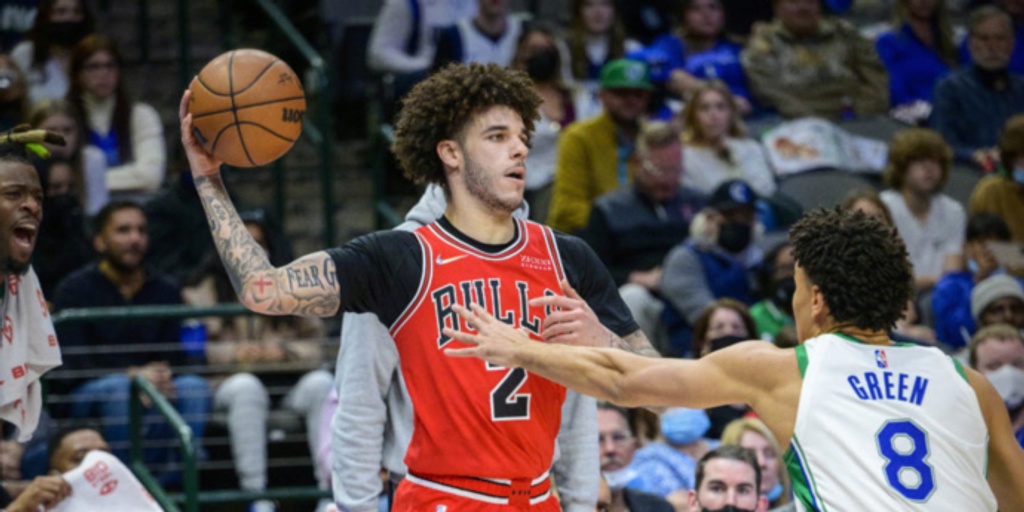 It's been seven weeks since Chicago Bulls' guard Lonzo Ball underwent surgery to repair a small meniscus tear in his left knee.

The timeline for his return was expected to be six to eight weeks. And while Ball continues to rehab the injury, Bulls coach Billy Donovan said Friday that he is still not close to returning.

“He has not responded,” said Donovan. “There’s no setbacks. It’s still the same thing."

“He has not been able to do anything full speed. And anytime we get him close to that, there’s discomfort."

Donovan added that the team is thinking about having Ball slow down his rehab to give his knee more rest but that remains up in the air. He also downplayed any thought that Ball could be done for the season.

"I think everybody was optimistic that he could get back and play," said Donovan. "But there’s no question with the current situation with him not being able to do things physically that he needs to do on the court –he’s not even at that place – if it keeps going on and on, that would not be great. But he’s made some strides. He just hasn’t made significant enough strides where we can keep pushing him.”