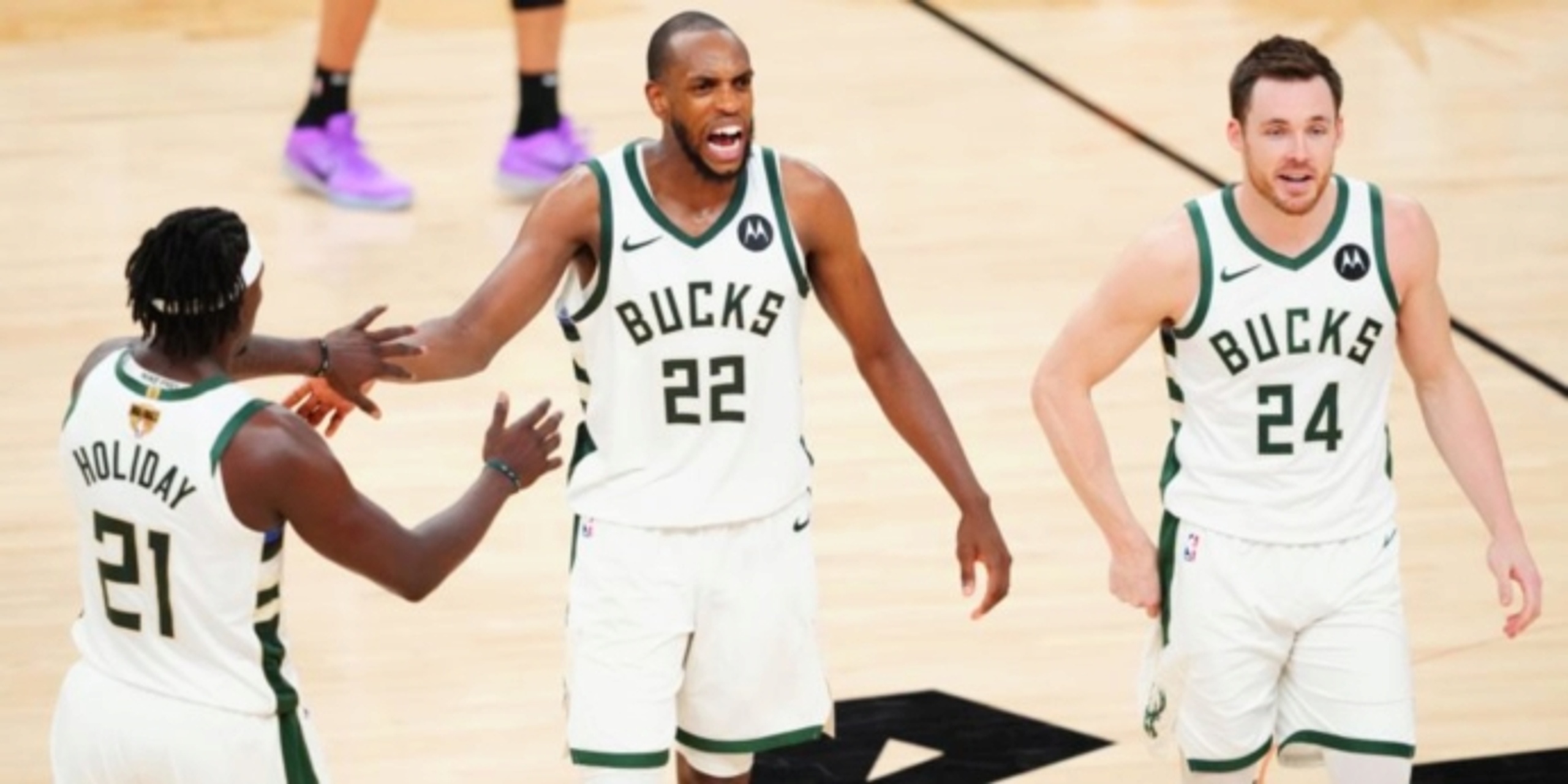 PHOENIX (AP) — Jrue Holiday seized his chance to give the Milwaukee Bucks the lead in the NBA Finals.

Took it right out of Devin Booker’s hands, actually.

Holiday’s steal and alley-oop pass to Giannis Antetokounmpo for a dunk sealed a wild Game 5 and gave the Bucks a 123-119 victory over the Phoenix Suns on Saturday night.

The Bucks fought their way out of an early 16-point hole by flirting with the best-shooting night in NBA Finals history, but then won it by making a huge defensive play for the second straight game.

They can win their first title since 1971 in Milwaukee on Tuesday night.

Booker had 40 points, his second straight 40-point game. But with the Suns rallying and down one with 16 seconds left, he drove into the middle and Holiday wrestled the ball out of his hands.

Antetokounmpo sprinted down the court to his right and Holiday fired a perfect lob pass that the Greek Freak slammed down while Chris Paul fouled him to make it 122-119. Antetokounmpo missed the free throw, but the Bucks grabbed the rebound and Middleton made one free throw for the final point of the night.

Before the defensive stand, Milwaukee’s offense was the story. The Bucks made 32 of 45 shots in the middle two quarters, outscoring the Suns 79-53 during that stretch.

Milwaukee became the first road team to win in the series and with one more victory will complete its second 2-0 comeback in this postseason — along with the fifth in NBA Finals history.

Paul had 21 points and 11 assists, and Deandre Ayton finished with 20 points and 10 rebounds. But the Suns missed a chance to move within a victory of their first championship and will need a victory at Fiserv Forum to bring the series back to the desert for Game 7 on Thursday night.