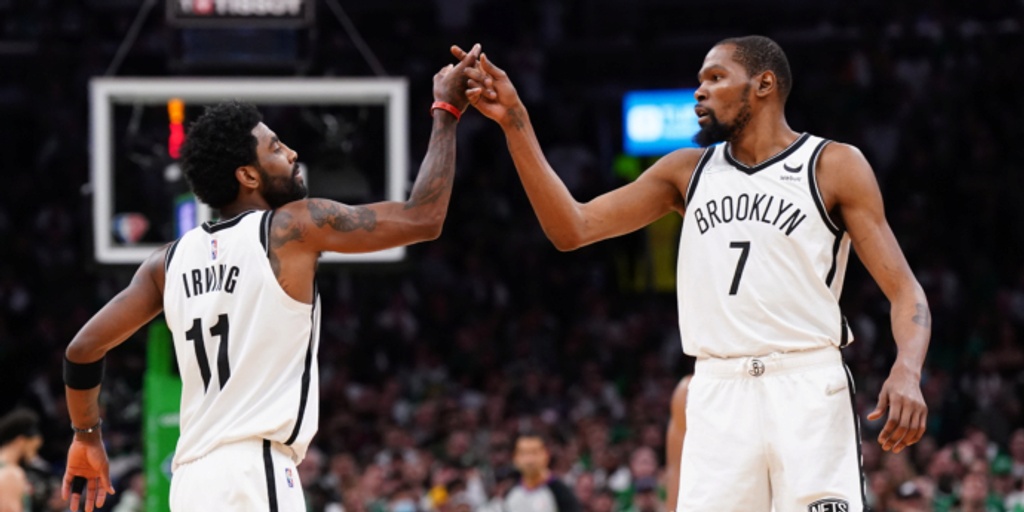 It looks like all of the drama between Kevin Durant and the Brooklyn Nets is over -- for now.

Nets general manager Sean Marks released a statement on Tuesday morning that following a meeting between himself, team ownership, and coach Steve Nash along with Durant, everyone involved "agreed to move forward with our partnership."

Durant will no longer be part of trade discussions going forward and he enters the first of a four-year contract with the Nets. The team looks strong on paper with the return of Kyrie Irving, Joe Harris coming back from injury, and the addition of T.J. Warren and Ben Simmons who the team traded for last season before the trade deadline. Simmons is progressing from a back injury and is expected to ready to participate in training camp.