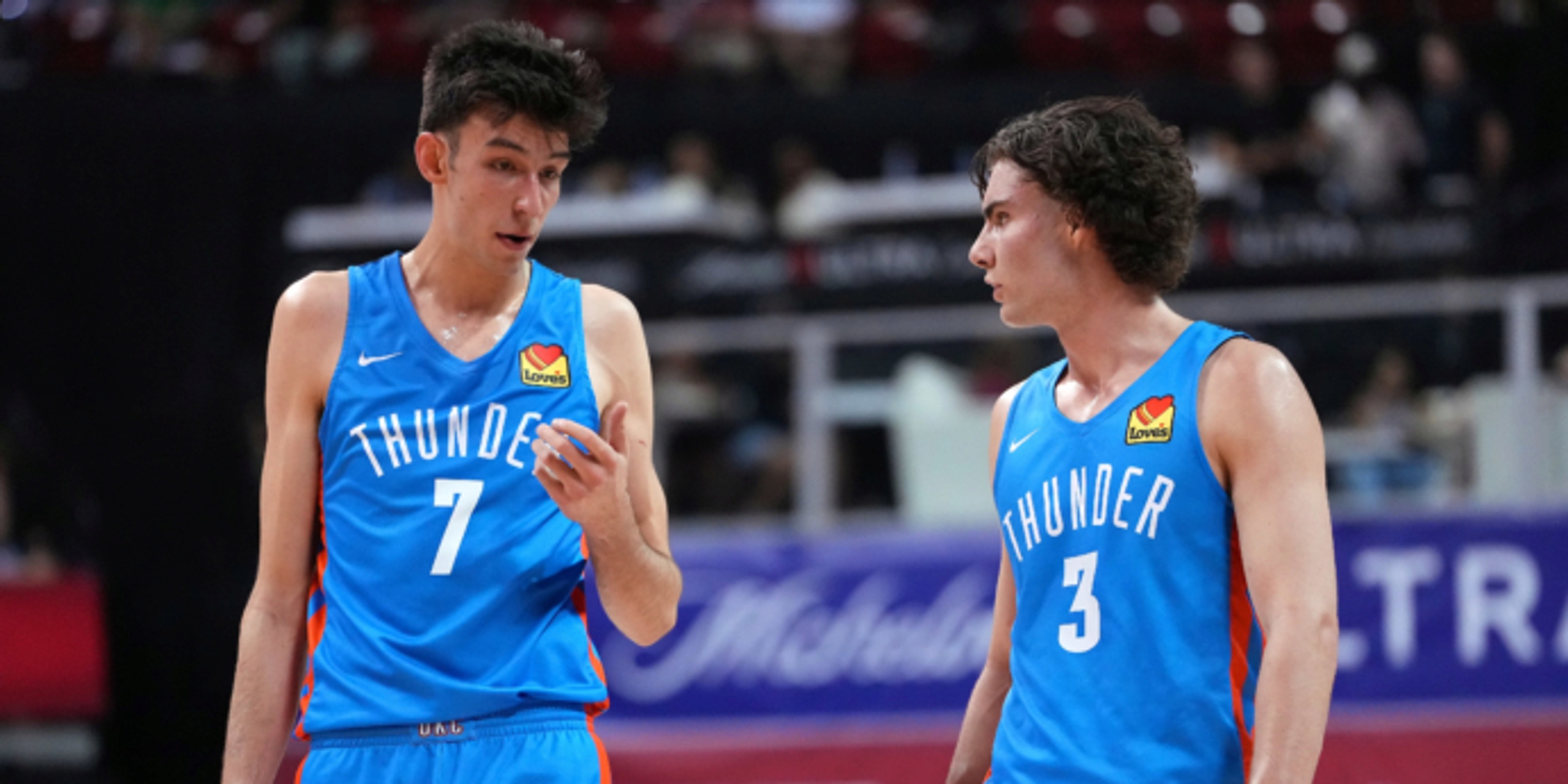 Welcome to my self-proclaimed “Bet Week” here on BasketballNews.com. During the quiet portion of the NBA offseason, this feels like the perfect time to check in on the newly-released Vegas odds. We'll put each award race under the microscope, and break down over/under win total projections as well.

Let’s kick it off with what looks to be a star-studded rookie class entering the Association. Here are the best bets for 2022-23 NBA Rookie of the Year award as well as an underdog flier.

When the Orlando Magic stunned everyone by selecting Banchero atop the draft, the fit was never questioned because of how special he is scoring the basketball. Immediately, Banchero enters Orlando’s rotation as the No. 1 option, and his dominant Summer League outing in Las Vegas showcased exactly that.

For years, the Magic have been missing an alpha who can take over the game, creating for himself and others. With Banchero aboard, Orlando has their face of the franchise who will offer immediate value to potential ROY bettors as well.

The Magic may not win many games next season, but everything is set up well for Banchero to put up impressive numbers throughout his rookie campaign. There’s no reason to believe Banchero won’t be an immediate near-20-point-per-game scorer along with some all-around statistics as well.

Similar to how LaMelo Ball recently won ROY, putting up huge numbers on a bottom-feeder team, Banchero’s argument is a strong one.

The further we get from the draft, the more I love Holmgren's fit with the Thunder. It’s already a strong match on paper, but Holmgren’s two-way potential makes him perfect alongside Shai Gilgeous-Alexander, Josh Giddey and Luguentz Dort. Holmgren flashed special capabilities at Gonzaga with such a unique skill package for his size, which should be pressed into overdrive thanks to NBA spacing elements.

Oklahoma City is still a year or two away from climbing up the tough Western Conference ladder, but their pieces are set to coalesce and form a special unit. Holmgren is now a key pillar to the Thunder’s historic rebuild attempt, and there’s no denying the instant chemistry he displayed with Giddey during NBA Summer League. Holmgren will be fed as a top option alongside SGA, so having him so close to Banchero in odds rankings does make a lot of sense.

Armed with the ability to splash threes and defend the rim at an elite level, Holmgren within OKC’s player development program has me giddy for what’s to come next.

There's an underrated flier on the Rookie-of-the-Year betting market that nobody is talking about. Say hello to Bennedict Mathurin, the No. 6 overall pick and the Pacers’ highest draft pick in 30-plus years.

Mathurin excelled in Las Vegas, averaging 19.3 points and 4.0 rebounds in 22 minutes per game. The former Arizona Wildcat can score the ball with ease, as he flashed routinely during Summer League. After three Summer League outings, the Pacers saw enough and shut Mathurin down for precautionary reasons due to a sore toe. Entering his rookie year, Mathurin is slotted into an extremely important role for the Pacers as their overdue rebuild attempt gets underway.

Mathurin’s score-first approach will mesh seamlessly with pass-first point guard Tyrese Haliburton. Believe it or not, Mathurin has the potential to be Indiana’s top scorer right away. Haliburton is the face of the franchise in Indiana, but Mathurin has the ultimate runway to take advantage as their top scorer.

Indiana’s over/under win total checks in at 24.5, which is tied for the second-worst in the Association. Don’t expect to see many close contests when you tune into Pacers games next season, but they have a very fun young core that will develop together on the same timeline.

At +1000 odds on DraftKings, Mathurin’s ROY value is immense. Not only will Haliburton instantly elevate his counting numbers, but Summer League helped further solidify that he’s one of the smoothest scorers from the 2022 NBA Draft.

For all the latest NBA betting trends, spreads, props and more, check out Basketball News' betting podcast "Nothing But Bets."