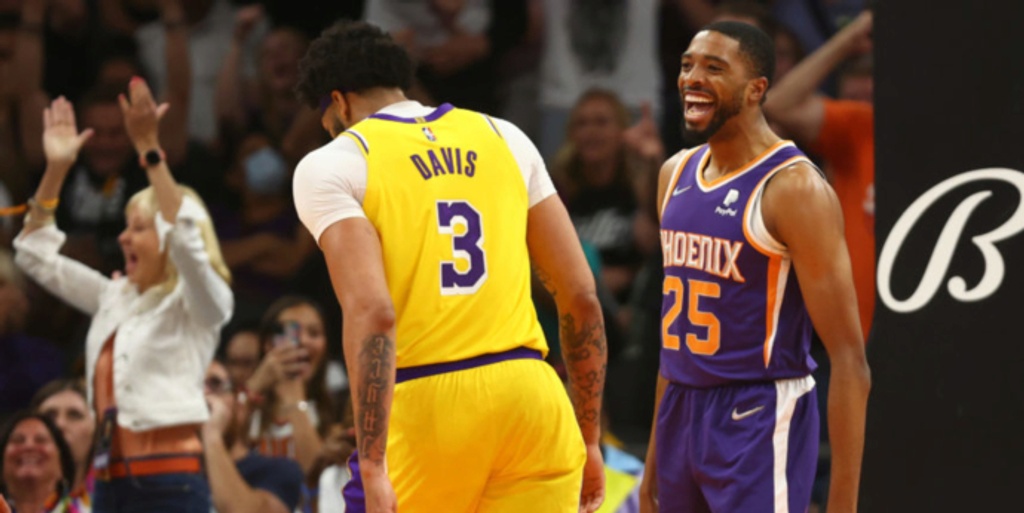 Are the Lakers truly ready to look in the mirror this offseason?

The nail was finally put into the Los Angeles Lakers' coffin on Tuesday night in Phoenix, as the purple and gold's postseason hopes are no more following the team's 121-110 loss to the Suns.

Even after a splashy offseason, headlined by Hollywood’s newest Big Three in LeBron James, Anthony Davis and Russell Westbrook, it was an unmitigated disaster on multiple levels in L.A. Due to injuries, the Lakers’ star trio only played 21 total games together; it's far too little time to have an extended viewpoint on the subject, but even the small glimpses occasionally provided nightmare fuel.

Westbrook turned out to be an extremely poor fit next to Davis and LeBron, because none of them could adequately space the floor at a consistently above-average clip. Also, the role players for Los Angeles simply didn’t get it done. The all-in bet on veterans backfired for Lakers general manager Rob Pelinka.

Now, the pressure cooker has turned up to a whole new level for the Lakers entering an offseason with massive long-term ramifications.

At points during the 11-point loss to the Suns on Tuesday, the Lakers looked shell-shocked, which eventually turned into a complete lack of energy once hit with a massive counter run in the second half. Just like that, Los Angeles folded at the first sign of resistance.

Already knowing of their postseason fate at halftime when the San Antonio Spurs upset the Denver Nuggets on the road, the Lakers' effort turned into an all-out embarrassment. Devin Booker was easily getting whatever shot he pleased. Chris Paul was bending the Lakers’ defense to his will, as the future Hall-of-Famer usually does.

Overall, the sense throughout was a team knowing its season was already over. Without James, the 2021-22 Lakers were toast long before their latest shellacking.

“Extremely disappointed,” Lakers head coach Frank Vogel said postgame. “Disappointed for our fan base. Disappointed for the Buss family, gave us all this opportunity. And we want to play our part in bringing success to Laker basketball. We fell short, we were eliminated tonight. I can say it’s not due to a lack of effort. We have all put in the work. All of our guys stayed fighting right until the end.”

Reminiscing on one of the most disappointing seasons from any title contender in recent memory, the Lakers’ main theme was how injuries mangled a team with NBA Finals hopes.

“You can’t take the injuries out, but championship,” Davis said of the Lakers’ potential entering this season. “When we first put the team together our goal was to win a championship. I feel like we had the pieces, but injuries got in the way of that. That’s the difference in our season.”

Davis is correct on how injuries charted the Lakers off their path into rocky waters over the last few months. Davis himself missed 42 games while James missed 26. When you’re missing the two foundational building blocks for at least one-third of the regular season, the game of catch-up will be seemingly impossible at the end. That’s exactly what happened here with the Lakers, but the issues run deeper than simply injury issues.

“When we put this team together we had championship aspirations. Once again, injuries kind of got in the way of that," Davis added. "The world love to see, we would love to see, what this team would look like if healthy for a full 82 (games).”

Zooming out for a moment: Where exactly would the Lakers have finished in the Western Conference standings with a fully healthy AD and LeBron? It’s an interesting question, but one that has holes. Westbrook looked like a deer in the headlights trying to mesh his game within the Lakers’ system. And without any real three-point threats from the outside, opposing teams could simply stack the paint to prevent real interior damage.

It was a flawed roster from the beginning, seen through purple-and-gold-shaded glasses in Los Angeles thanks in large part to two superstars covering gaps all over the place.

Realistically, based off the pedigree with LeBron alone, you could place the Lakers within the same tier as the Denver Nuggets, Dallas Mavericks and Utah Jazz. All three teams could win a round or two in the postseason, but the ceiling is eventually capped. Even with a dynamic one-two punch, it’s not enough without the right pieces to cook with on the basketball court.

“I mean that’s the plan, but nothing is promised,” Russell Westbrook said when asked about playing alongside James and Davis again next season. “You kind of got to take it one day at a time each day. And like I said all season long, you play the cards you [are] dealt. We want to be able to see what that looks like, what it entails over the course of an 82-game season. We not sure that’s guaranteed either, so hopefully we’re able to do something in the future.”

If the Lakers truly are in run-it-back mode — and use injuries as the main excuse with Vogel as the scapegoat — they’re in deep trouble for next season and beyond.

With the greatest player in the NBA’s modern era on their roster, Los Angeles is back at the same spot it was when LeBron first arrived. And that’s saying something when the roster is chock-full of current and former heavy-hitters past their prime years. The excuses are running thin in Los Angeles, and now it’s time to see what all the issues under the hood truly are.

With the Lakers’ playoff plans officially dashed, Carmelo Anthony put what I believe to be a succinctly perfect bow on their disappointing campaign.

No excuses, so what’s next in Hollywood? The possibilities truly are endless — whether you view it from a positive or negative perspective.