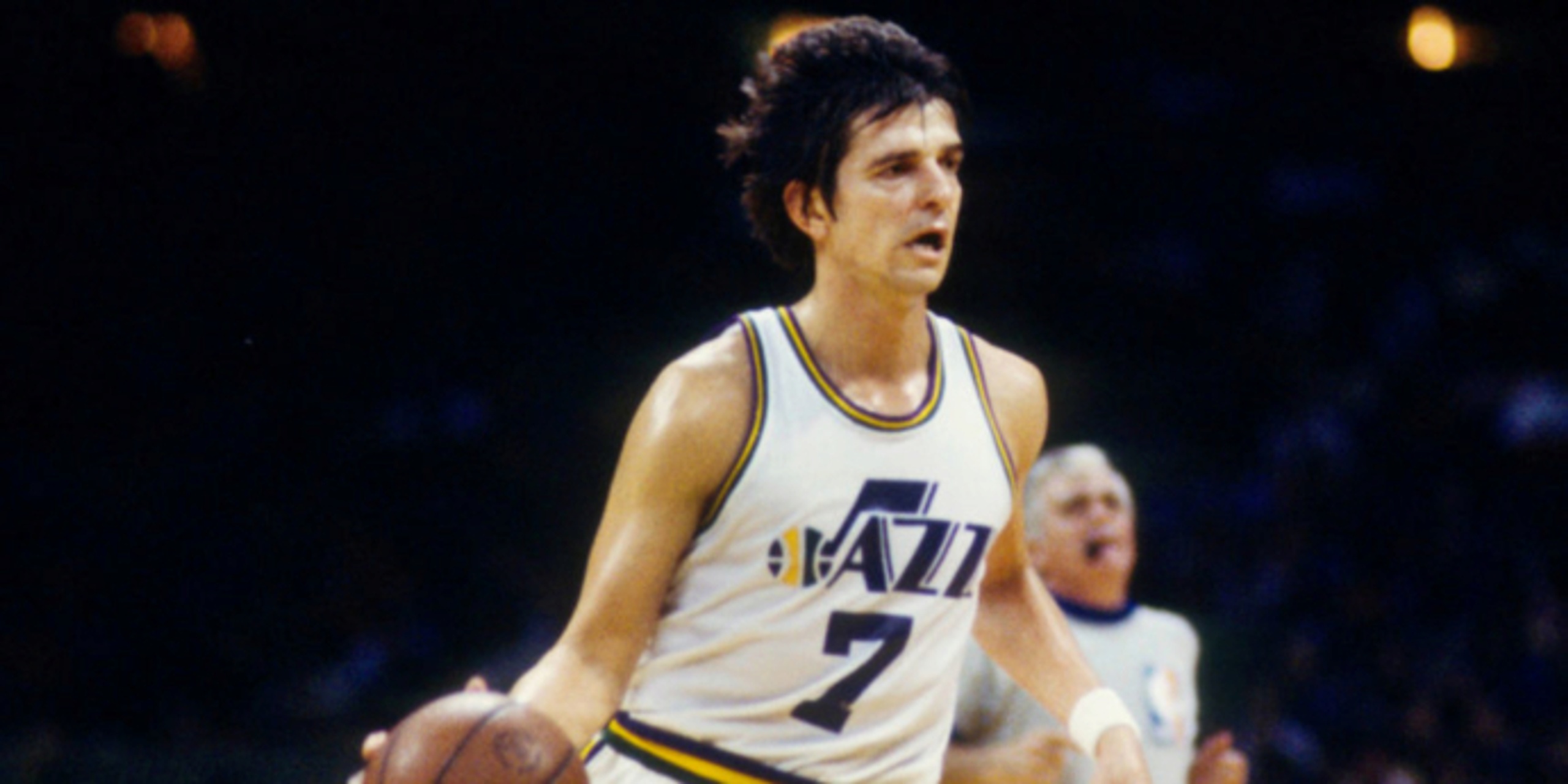 A birthday ode to the legendary 'Pistol Pete' Maravich

As a young kid, I heard tales of Pete Maravich dribbling out of the window while his dad drove the family car down neighborhood streets. After years of watching Pistol Pete’s instructional videos and practicing his basketball drills in my driveway, I asked my dad, Ernie, if I, too, could try dribbling out of the car window. The response was immediate, forceful, and clear: No.

My dad was not an applied physicist, per se, possessing no advanced knowledge of how objects move through time and space, but he was intuitively skeptical. He’d bounced plenty of basketballs in his day, and I think he just doubted the aerodynamics of it all. I remained persistent and hopeful until he eventually relented.

I can still remember my excitement as he drove the car down the road and told me I could dribble out of the window whenever I wanted. I can still hear his laughter as my ball made first contact with the ground and flew 20 feet into the bushes like it was shot out of a damn cannon. I can still admit that I want to try it again, right now, just to see if I can conjure up a few seconds of Pistol Pete’s magic. I learned early on that I was no Pete Maravich, but I was okay with that. Even at that tender age of 10 years old, I had a keen awareness that there would never, ever be another Pete Maravich.

Today would have been his 74th birthday. Though he died more than 30 years ago, his legend lives forever.

Basketball is a sport of majesty and mystique, performances and personalities, and possibilities that seem endless. Pistol Pete Maravich is the embodiment of the game’s most romantic qualities. He is such a core figure in the history of basketball that any true hoops fan must always have several Maravich tidbits at the ready, for all occasions, just in case. It doesn’t matter if it’s a factoid to share, an anecdote to recount or a statistic to cite. If someone is participating in a serious conversation about basketball but cannot speak about Pete Maravich, then that someone would be well-served to see themselves out of that conversation, politely of course, so they can go hit the books and get educated.

Next time around, they can hold their head up high and proclaim that, when Pete enrolled at Louisiana State University and freshmen were not allowed to play varsity, he had 50 points, 14 rebounds and 11 assists in his first game against freshman competition. Or that he’d go on to average 44.2 points per game at LSU and is still the all-time leading scorer in college basketball despite playing only three seasons. Or that, as a member of the New Orleans Jazz, he led the NBA in scoring and gave the Knicks 68 points in the Superdome, two years before the three-point-line was even invented. Or that he was voted as a five-time NBA All Star and one of the 50 greatest players in NBA history.

If nothing else, Pistol Pete was a bold and complicated book that could not be judged by its cover. He was skinny and spindly, looking more like a shy little brother than an unapologetic basketball assassin, but he wowed fans with his wizardry. Maravich so aptly captured the imagination because he was remarkably artistic on the court and imminently human off it.

His style of play was flashy and brash, consisting of behind-the-head passes and ruthless shot hunting, but he was known as sullen and moody in his personal life. He cast spells with a basketball while dealing with personal demons – most notably the weight of a demanding father who was his coach at LSU – that made him distant and enigmatic. Pistol Pete represented both sides of life’s coin. He lived at the intersection of triumph and sadness. He was pleasure and pain, wrapped into a ball and placed in the hands of a basketball genius.

In 1978, during a blowout win in New Orleans against the Buffalo Braves, Pistol Pete collapsed in a heap late in the game after tearing cartilage in his knee. He hadn’t hurt himself by making a hard move to the basket or battling a big man for a rebound; the showman tore up his knee while throwing an unnecessary between-the-legs pass from half-court to a streaking teammate in front of his hometown fans. The dazzling play was completed, his 15th assist of the night, but it marked the beginning of the end of Maravich’s career.

He retired from the NBA a few years later, and died from heart failure while playing pickup basketball not long after that. Shockingly, an autopsy would reveal that Pistol Pete was born on this day in 1947 without a left coronary artery, an extraordinarily rare and dangerous heart defect. Had his condition been known, he would never have been cleared to step foot on those basketball courts that he set ablaze with his brilliance. For many reasons, his career and life were miracles, and so we must never forget to celebrate Pete Maravich.

Thankfully, there will always be basketball fans who succumb to his sorcery. There will always be young girls and boys who try to dribble out of car windows, because that’s what Pistol Pete did. His story remains an absorbing and exhilarating basketball enchantment for his millions of fans around the world.

Maravich was just a man, but he’ll always be a myth to me. I’ll be thinking about him on his birthday, that’s for sure. He really was one of a kind.