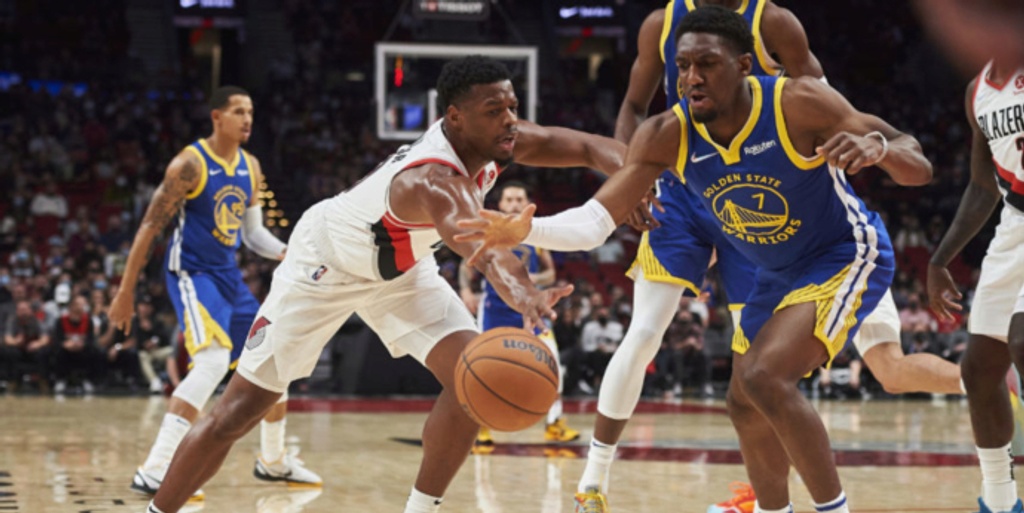 3 roster-spot battles to watch for in the Western Conference

Earlier this week, we identified roster spot battles to watch through training camp this October here. And already a portion of my Eastern Conference list has been upended by transactions, as the Brooklyn Nets promptly traded away Sekou Doumbouya almost immediately after I predicted that he would make the team. Long story short: Things happen quickly in training camp.

Entering training camp, the Trail Blazers signed three former lottery picks to training camp deals: Dennis Smith Jr., Marquese Chriss and Patrick Patterson. Portland only has 13 players signed, meaning that they technically have two spots to fill (and one of their two-way contracts are spoken for, too), but Portland general manager Neil Olshey usually enters seasons with fewer than 15 players. So, it’s an understandable assumption that the Trail Blazers will probably only sign one of the three guys they inked to training camp deals.

Considering who was signed and who is already in place in Portland, none of the three are likely to get major minutes. Smith is best suited as a backup point guard, while Chriss and Patterson are power forwards. In my estimation, this decision comes down to needs. Considering that Robert Covington and Larry Nance Jr. are their only true 4s, the most pressing need is probably down low. So, if Portland is hell-bent on entering the season with no more than 14 guys on its roster, the team will probably choose between Chriss and Patterson. Patterson has more experience, and he shoots it better from deep (36.9% on three-point attempts in his career compared to just 28.9% for Chriss.) Neither makes or breaks Portland’s season; but considering the Blazers are trying to build a contender and convince Damian Lillard that Portland is the place for him, Patterson is a better addition. If the Blazers decide to fill out their entire roster by signing a 15th player, Smith should get a long look. He is too skilled and athletic to not get another shot, and backing up a star like Lillard removes a lot of the pressure he’s had on him throughout his career.

Golden State entered training camp with the maximum of 20 players on its roster, one of whom is on a two-way deal (Chris Chiozza) and three of whom are on training-camp deals (Jordan Bell, Avery Bradley and Langston Galloway.) Damion Lee, Mychal Mulder and Gary Payton Jr. are all signed to non-guaranteed deals, too. To summarize, the Warriors have lots of options – but Golden State will probably avoid making any zany moves. Instead, they will probably keep one of the three players signed to training-camp deals and cut the other two. As much as the veteran savvy of Bradley and Galloway could be alluring, Golden State doesn’t need more veteran leadership – but they could use help backing up the power-forward position. Enter Bell, who returns to the Bay Area with a familiarity of head coach Steve Kerr and the Warriors’ systems. Bell exited Golden State after playing his first two professional seasons there, and he had some maturity issues in his first go-round with the Warriors. But Bell sounded significantly more mature in a recent interview with NBC Sports Bay Area. Assuming he demonstrates that growth in practices and preseason games, Bell will probably be kept.

The Clippers' roster battle is particularly interesting, as it features a former top-ranked high school prospect in Harry Giles. Giles is battling with Isaiah Hartenstein and Moses Wright for the Clippers’ final roster spot; both of the team's two-way contracts are used up (Jay Scrubb and Amir Coffey.)  Two of the spots are also occupied by players who will miss a good chunk of the 2021-22 season to injuries (Kawhi Leonard and rookie Jason Preston), making the remaining roster spots all the more valuable.

In the Clippers’ first preseason game, Giles produced more than Hartenstein and Wright, posting 8 points and 12 rebounds in 16 minutes. In their second preseason game, Wright played slightly better than the other two, finishing with 7 points and 5 rebounds in 12 minutes. What the Clippers ultimately choose to do is anyone’s guess, but I think that Giles’ potential is too much to pass on. He’s still only 23 years old; and if he finds what made him special just a few short years ago, Giles could be significantly more valuable than what the salary of a 15th man will pay him.

The NBA’s 75th regular season kicks off in less than two weeks. Decisions will be made between now and then that will greatly impact the lives of several men. Ultimately, some will impact teams' seasons too, as a chunk of these end-of-the-bench guys will probably earn bigger roles as the season goes on.