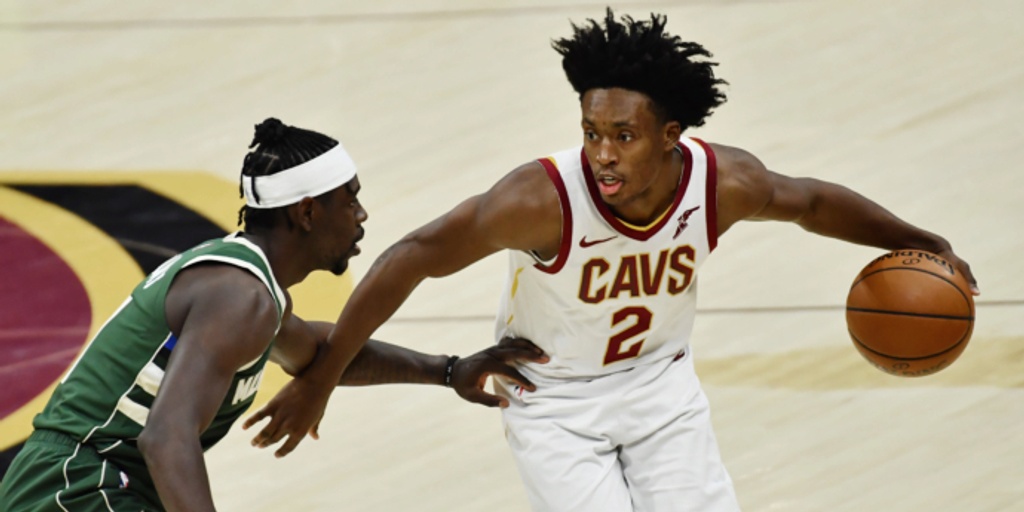 It's been nearly one month since the NBA's free-agency period got underway, and most of the notable players have already been signed. However, there are still a handful of available players.

Here's a look at the remaining free agents:

Collin Sexton injured his left knee last November, and an MRI revealed a torn meniscus that required season-ending surgery. The market has dried up for Sexton, and his best bet may be re-signing with the Cleveland Cavaliers on the qualifying offer (worth $7.2 million) and then hitting unrestricted free agency next summer. During the 2020-21 season, Sexton averaged 24.3 points and 4.4 assists while shooting 47.5% from the floor, 37.5% from downtown and 81.5% from the free-throw line. However, he struggled defensively, and the Cavs registered a league-worst 60-159 record over the first three years of his career. With Sexton out of action last season, Darius Garland emerged as an All-Star and the 44-38 Cavs made the Play-In Tournament.

Miles Bridges is coming off a breakout season, averaging a career-high 20.2 points, 7.0 rebounds, 3.8 assists, 1.9 threes and 0.9 steals. It seemed like the forward was due for a massive pay raise and Charlotte Hornets general manager Mitch Kupchak even said that the team was going to re-sign him. However, that was before Bridges was arrested for domestic violence on the eve of free agency. Bridges' wife, Mychelle Johnson, recently spoke out about Bridges' alleged abuse and documented her serious injuries. Not only has this situation understandably scared teams away, it's also very possible that the NBA will suspend Bridges.

Montrezl Harrell just delivered another productive and efficient season as a reserve, averaging 13.1 points, 6.1 rebounds and 2.0 assists in 23.1 minutes, while shooting 64.5% from the field. Harrell started the season with the Washington Wizards and then got traded to the Charlotte Hornets prior to the deadline. However, it's worth noting that the 28-year-old is facing felony drug charges after officers claimed to find three pounds of marijuana in his car during a traffic stop back in May. That's likely why the former Sixth Man of the Year is still available.

Last offseason, Dennis Schroder signed with the Boston Celtics at a significant discount. After struggling during the first half of the season, he was traded to the Houston Rockets in exchange for Daniel Theis. He finished last season averaging 13.5 points, 4.6 assists, 3.3 rebounds and 1.3 threes per game, while shooting 43.1% from the field, 34.4% from three-point range and 85.3% from the free-throw line.

Hassan Whiteside is a solid backup center who protects the rim. Last season, while backing up Rudy Gobert on the Utah Jazz, he averaged 8.2 points, 7.6 rebounds and 1.6 blocks in 17.9 minutes per game. In eight starts, the 33-year-old averaged 11.5 points, 11.3 rebounds and 1.9 blocks while shooting 63.5% from the field.

Last season, 37-year-old put up 13.3 points, 4.2 rebounds, 2.2 threes, 0.8 blocks and 0.7 steals in 26.0 minutes per game with the Los Angeles Lakers. In recent years, he has shot the ball much better from three-point range, knocking down 37.5% of his three-point attempts last year and 40.9% from deep the year before. Anthony has been working out with his son, Kiyan, at Impact Basketball in Las Vegas as he prepares for next season.

Cousins became a key contributor after joining the Denver Nuggets in February, averaging 8.9 points and 5.5 rebounds in 13.9 minutes per contest. He looked great at times during the playoffs too, scoring an efficient 19 points in 15 minutes during Game 5 against the Golden State Warriors. The 31-year-old can still help a team.

“I belong in this league,” Cousins said after Denver was eliminated. “I was given the opportunity; I'm thankful for Mike Malone. I spoke with him before. A lot of doors closed for me. Mike looked out, gave me an opportunity. I just tried to take the best advantage of it as I could. That's what I did.”

Last season, the Indiana Pacers traded Lamb to the Sacramento Kings as part of the Domantas Sabonis deal. In 56 games, Lamb averaged 7.3 points, 2.8 rebounds, 1.4 assists and 1.0 three in 16.7 minutes a night. The 30-year-old struggled with his shot, knocking down just 38.3% of his attempts from the field and 32.4% of his threes (after shooting 45.1% from the field and 40.6% from three the previous year).

Last season, Thompson suited up for the Sacramento Kings, Indiana Pacers and Chicago Bulls, averaging 6.0 points and 5.1 rebounds in 15.7 minutes per game. At this stage of his career, the 31-year-old is a solid backup big man who can provide frontcourt depth.

Last season, Iguodala rejoined the Golden State Warriors, averaging 4.0 points, 3.7 assists, 3.2 rebounds, 0.9 steals and 0.7 blocks in 19.5 minutes across 31 games. At this stage of his career, the 38-year-old is mainly a veteran leader and strong locker-room presence, but he can still produce in limited reserve minutes. Don't be surprised if he re-signs with Golden State.