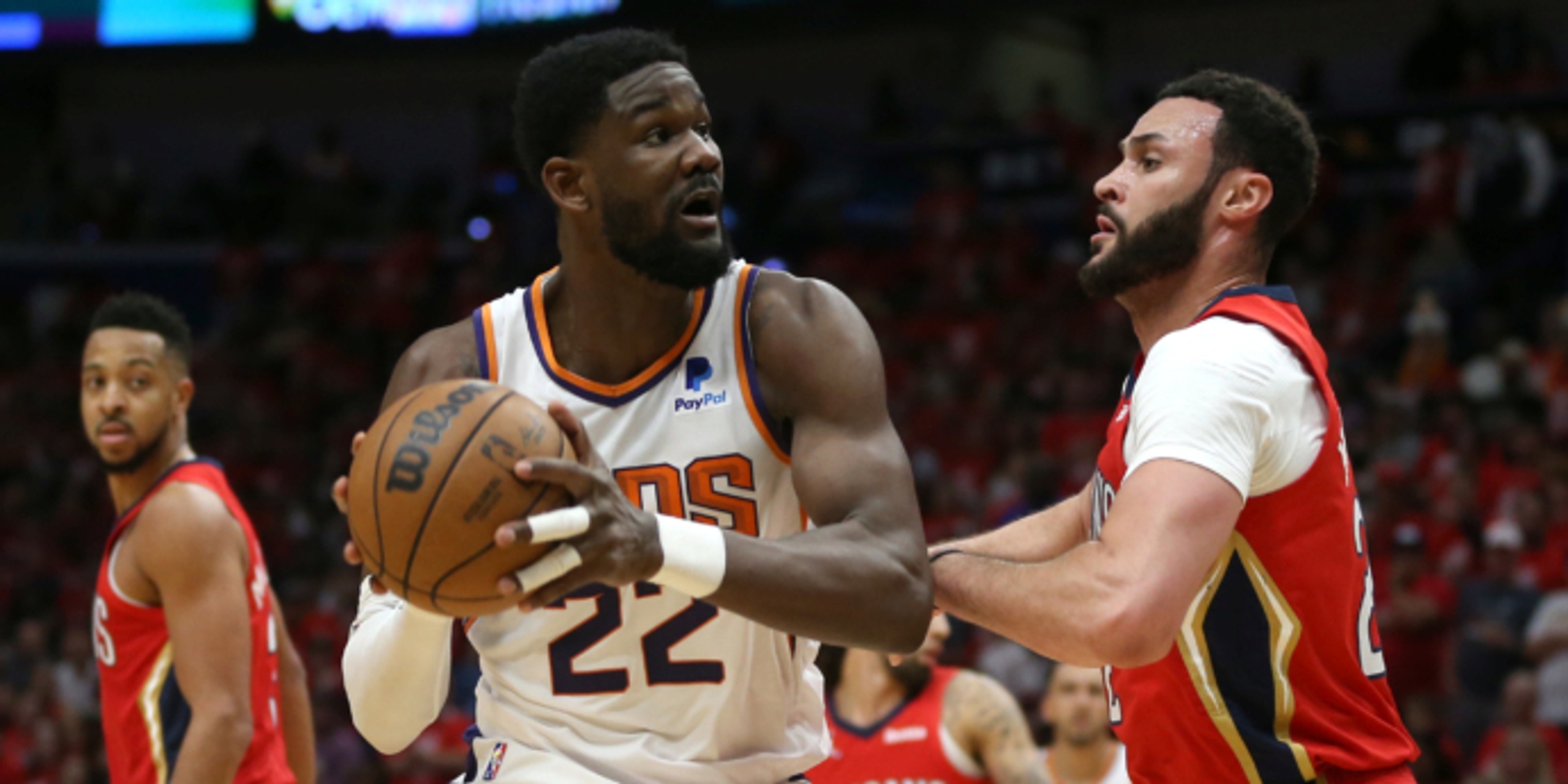 Day 1 of the 2022 NBA free-agency period didn't disappoint, as there were plenty of agreements and surprises. However, a number of free-agency moves and potential trades are currently on hold thanks to one of the biggest bombshells in recent memory: Kevin Durant requesting a trade from the Brooklyn Nets.

It remains to be seen how long Sean Marks and Co. will take to find a new home for Durant, but that will certainly have an impact on the rest of the league. Whenever there's a superstar available — either via trade or free agency — that tends to be what teams prioritize.

Still, it's possible we could see some more players come off the board on Day 2. Which notable free agents are still available? Here are some names to keep an eye on.

James Harden declined his $47.4 million player option for the 2022-23 season and he's now an unrestricted free agent. However, all signs point to Harden remaining with the Philadelphia 76ers on a new deal. The two sides are meeting soon to discuss what his new contract will look like, but it's reportedly expected to pay Harden somewhere around $35 million per year. The 32-year-old struggled during the playoffs, especially in the second round when he averaged 18.2 points, 7.0 assists, 6.3 rebounds, 4.8 turnovers and 2.5 threes, while shooting 40.4% from the field, 33.2% from three and 76.1% from the free-throw line. Perhaps Harden will bounce back and benefit from playing with several of his former Houston Rockets teammates again, but he turns 33 years old in August and seems significantly less explosive.

Things aren't looking great for Deandre Ayton. He was being linked to the Detroit Pistons and Atlanta Hawks, but their interest seems to have cooled off. Once Kevin Durant requested a trade, some wondered if he would land in Brooklyn via a sign-and-trade, but multiple reports have indicated that the Nets aren't interested in the 23-year-old either. A return to Phoenix also seems unlikely given recent reports that both sides want to move on. What is the market for Ayton at this point? The Indiana Pacers and Minnesota Timberwolves were mentioned by ESPN's Brian Windhorst as potential dark horses for Ayton, so perhaps one of those squads could emerge as a sign-and-trade partner. However, it's seeming less and less likely that Ayton will get the max deal that he and his camp have pushed for. Ayton is a young, improving player who is widely regarded as one of NBA's best young centers, so a team will be lucky to add him (especially if they can get him at a discount).

Miles Bridges is coming off of a breakout season, averaging a career-high 20.2 points, 7.0 rebounds, 3.8 assists, 1.9 threes and 0.9 steals. It seemed like the forward was due for a massive pay raise and Charlotte Hornets general manager Mitch Kupchak even said that the team was going to re-sign him. However, that was before Bridges was arrested for domestic violence on the eve of free agency, which could absolutely impact his negotiations. Bridges' wife, Mychelle Johnson, spoke out about Bridges' alleged abuse and documented her serious injuries. Not only will this situation likely scare teams away, it's also very possible that Bridges could be suspended by the NBA too.

Collin Sexton injured his left knee in November, and an MRI revealed a torn meniscus. He had surgery a week later, sidelining him for the entirety of the 2021-22 campaign. It will be fascinating to see what offers he receives on the open market. During the 2020-21 season, Sexton averaged 24.3 points and 4.4 assists while shooting 47.5% from the floor, 37.5% from downtown and 81.5% from the free-throw line. However, he struggled defensively, and the Cavs registered a league-worst 60-159 record over the first three years of his career. With Sexton out of action this season, Cleveland went 44-38 and made the Play-In Tournament. Darius Garland emerged as an All-Star in Sexton’s absence. Because he is a restricted free agent, the Cavs can match any offer he receives.

Montrezl Harrell is coming off of another productive and efficient season as a reserve, averaging 13.1 points, 6.1 rebounds and 2.0 assists in 23.1 minutes per game, while shooting 64.5% from the field. Harrell started the season with the Washington Wizards and then got traded to the Charlotte Hornets prior to the deadline. The former Sixth Man of the Year is facing felony drug charges after officers said they found three pounds of marijuana in his car during a traffic stop back in May. It remains to be seen if this impacts his free-agency negotiations.

Every coach would love to have a player like Kevon Looney; he knows his role, never tries to do too much and you never have to worry about his effort. Last season, he averaged 6.0 points, 7.3 rebounds, 2.0 assists, 0.6 blocks and 0.6 steals while shooting 57.1% from the field. In the Warriors' Game 2 win over the Dallas Mavericks in the Western Conference Finals, Looney delivered the best game of his career with 21 points, 12 rebounds and 2 assists on 71.4% shooting. The Warriors are trying hard to retain Looney, but he's certainly attracting interest from rival teams as well.

T.J. Warren was a beast in the NBA Bubble at the end of the 2019-20 season, when he averaged 31.0 points, 6.3 rebounds and 3.7 threes. With that said, he played just four games during the 2020-21 season, and then he missed the entire 2021-22 campaign. He'll have to provide medicals to any team that’s interested, but he's still just 28 years old. Some team will likely roll the dice on a one-year, make-good contract in hopes of Warren resurrecting his career. A return to Indiana remains a possibility too.

In his first season with the Miami Heat, Caleb Martin averaged 9.2 points, 3.8 rebounds, 1.1 threes, 1.1 assists and 1.0 steal, while shooting 50.7% from the field and 41.3% from three-point range. Martin is restricted, so the Heat can match any offer he receives.

Thomas Bryant inked a three-year, $25 million deal back in 2019 and played very well for the Washington Wizards during the first year of that contract, averaging 13.2 points, 7.2 rebounds and 1.1 blocks in under 25 minutes per game. He also got off to an impressive start the following season before tearing his ACL in early 2021. Bryant returned to action in January, but saw his minutes reduced following Washington's acquisition of Kristaps Porzingis. Still just 24 years old, Bryant could be a worthwhile investment for a team in the market for a young big.

After emerging as a key contributor for the Milwaukee Bucks in recent years, Donte DiVincenzo was traded to the Sacramento Kings as part of a four-team deal prior to last year's deadline. The 25-year-old averaged 10.3 points, 4.4 rebounds, 3.6 assists, 2.1 threes and 1.5 steals in 26.6 minutes with the Kings. However, DiVincenzo and his camp reportedly felt that Sacramento cut DiVincenzo's playing time down the stretch in order to hurt his stock heading into free agency. The Kings decided not to extend a qualifying offer to DiVincenzo, making him an unrestricted free agent.

Jalen Smith was the No. 10 overall pick in the 2020 NBA Draft, but the Phoenix Suns decided to trade him after he appeared in just 56 games. The Suns dealt Smith and a future second-round pick to the Indiana Pacers in exchange for Torrey Craig. The 22-year-old got a fresh start in Indiana, where he averaged 13.4 points, 7.6 rebounds, 1.4 threes, 1.0 block and 0.4 steals in 24.7 minutes per game. Smith scored in double figures in 18 of his 22 games with the Pacers. Now, after the best stretch of his young NBA career, Smith is an unrestricted free agent and it'll be interesting to see how teams value him.