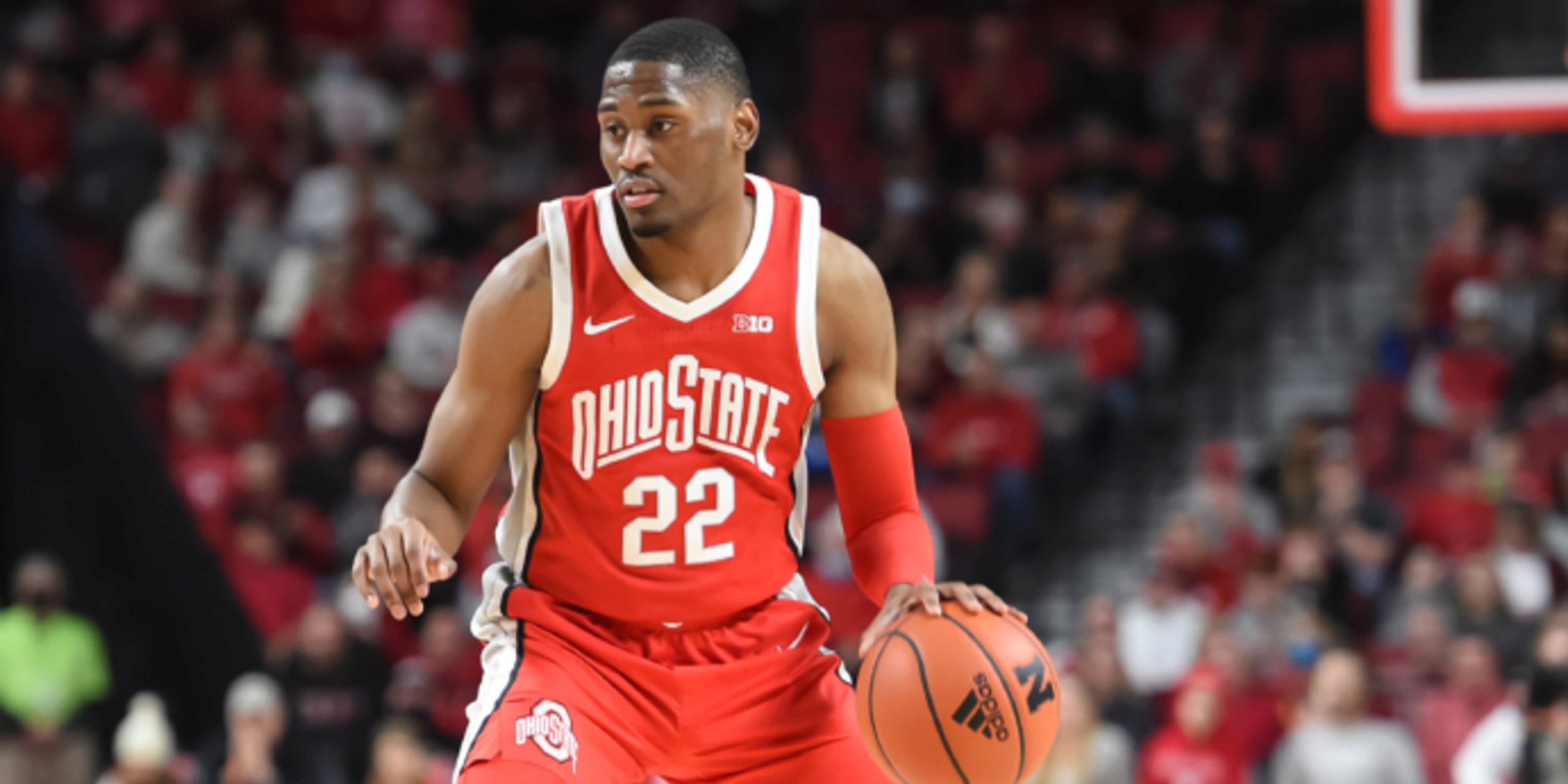 2022 NBA Draft: Doubted or not, Malaki Branham expected to be here

As one of the fastest-rising prospects in the 2022 NBA Draft class, Malaki Branham has become quite the popular name over the last few months on mocks and big boards. At this point last year, the Saint Vincent-Saint Mary swingman was named Ohio’s Mr. Basketball and preparing to head to The Ohio State University for his freshman campaign with the Buckeyes.

Despite those accolades, and becoming the first member of the Irish since LeBron James to win those honors, first-round NBA buzz wasn’t quite attached to Branham’s name going into Columbus in the fall. But whatever the projections were on the outside never affected what he knew on the inside.

“I feel like I expected this from myself. I know a lot of people didn't, but I expected it, and it's definitely a dream come true,” Branham told reporters on Thursday afternoon ahead of next week’s NBA draft.

“You always wanna be in the green room, shake the commissioner's hand, hearing your name called with your family. This has always been a dream of mine, and I'm glad it's almost here.”

Branham’s momentum from his senior season at STVM didn’t quite carry over to his first moments with the Buckeyes. As he told our Sr. NBA Draft Analyst Matt Babcock at the end of last month, Branham was searching for his role early on and trying to fit in the right way. Then, there was a moment when everything clicked.

“When we played Wisconsin at home, I had 0 points and 4 turnovers. I texted Coach [Chris] Holtmann after the game and thanked him for letting me play through the mistakes that I was making,” Branham shared with BasketballNews.com on May 31.

“I was just frustrated with myself, I looked in the mirror and said, 'We need to get to work.' From that point, the Nebraska game came, and I kept that in the back of my head and wanted to make sure that the game wasn't just a fluke. I just wanted to be consistent the rest of the year, and I feel like I did that."

He most certainly did. Coming off a poor, scoreless effort against the Badgers, Branham exploded for a career-high 35 points on 13-for-19 from the field (including 7-for-9 from deep). And while it was only his second double-figure scoring game in 11 contests to that point, it was a harbinger of similar performances to come.

Post-Nebraska blowout, Branham averaged 16.1 points, 3.7 rebounds and 2.2 assists per game. He knocked down a sizzling 51.5% of his field goals and 40.6% of his triple tries during that stretch to boot.

Compare that to his pedestrian beginning to the year — 6.3 points, 3.0 rebounds and 1.6 assists on 38.8% shooting overall in his first 10 contests— and it was a complete turnaround. After that, Branham was doing it on all levels: attacking the rim, letting it fly from distance and, utilizing his marquee skill, pulling up from mid-range.

“Getting to my spots, that's what I've been working on my whole life,” Branham said. “I know it's gonna be more difficult with longer guys, quicker guys, but I feel like it's a lot more spacing in the NBA. Not a lot of people are in gaps like heavy gaps in college.”

With such a drastic improvement and development throughout the season at Ohio State, it was only a matter of time before Branham started gaining momentum in pro circles and among draft media. Babcock currently has the 6-foot-5, 194-pounder going to the Charlotte Hornets at No. 15:

Branham was ranked 35th in the 2021 RSCI recruiting class and, after a slow start, burst onto the scene in conference play. At 6-foot-5, he plays with patience and is a smooth, three-level scorer. He is comfortable operating in the pick-and-roll, mid-range and has shown promise as a spot-up shooter. Branham is full of potential and is hitting his stride as a scoring threat, so he's certainly one to watch during the pre-draft process as he rises.

It’s always fun to go through the pre-draft experience with a teammate. Unsurprisingly, Branham has been in close contact with E.J. Liddell, a fellow Buckeye and projected first-round draft pick in his own right.

“I've been in a couple workouts with him like Cleveland and Houston, so we've been able to talk throughout this process. We just really want to see each other win and see each other get drafted too,” Branham said of the former Ohio State forward.

As he told Babcock, he’s emulated Devin Booker and Khris Middleton, and today he added that Caris LeVert is another player he’s watched closely.

Branham stated that the feedback he’s gotten from teams has been positive, mostly highlighting his shot-making ability and facilitating to make plays for others. In addition, he understands the value of being a 3-and-D guy at the NBA level, and that he’s deeply focused on being stronger on the defensive side of the ball.

Branham’s elevator pitch to Babcock was simple: He lives and breathes basketball. When asked by the media contingent what makes him stand out over the rest of the 2022 class, Branham said that's it's his efficiency.

Only one week of time remains until Malaki Branham realizes his NBA dream, and for how far he’s come in the span of a year, he’s damn sure earned it.

“The process has been good. It's been a good learning experience," Branham said. I met a lot of guys throughout this process, working out against 'em. Really the expectation is kinda just work as hard as I can, control what I can control and make the team better, and also, help the team win games — whoever picks me.”