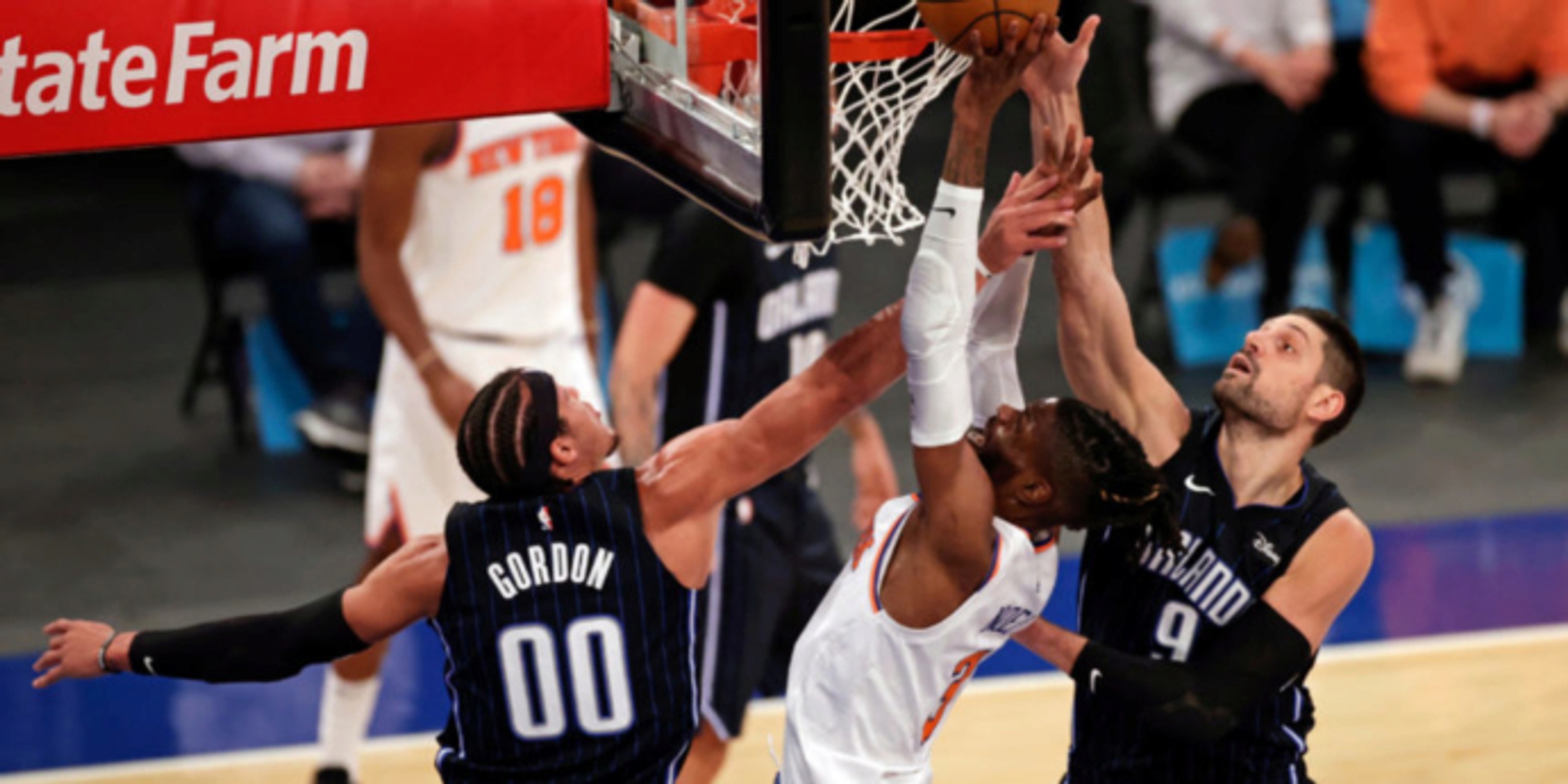 In addition to Jamal Murray and Michael Porter Jr., MVP favorite Nikola Jokic now has Aaron Gordon flanking him, and the Denver Nuggets are better than they were a year ago when they went to the Western Conference Finals.

They got JaVale McGee, too, which means Mike Malone can give The Joker a breather and not have to hold his breath, and so we put the Denver Nuggets squarely in the winners column of today's NBA trade deadline results.

The Portland Trail Blazers did well Thursday, too, acquiring Norman Powell from the Toronto Raptors as an eventful day went down without Kyle Lowry or Andre Drummond or Hassan Whiteside being dealt, although there were teams that were trying.

The Miami Heat kept their cap space for the summer and added Victor Oladipo and Nemanja Bjelica, and the Atlanta Hawks will be the newest place where Lou Williams will continue his illustrious career, joining a young group that has turned things around under new head coach Nate McMillan.

The Chicago Bulls not only landed Nikola Vucevic, but also Boston Celtics big man Daniel Theis and Al-Farouq Aminu from the Orlando Magic, as Arturas Karnisovas aced his first trade deadline. Even if they stick in 10th place and are a play-in team, Vucevic is an All-Star who will give them a puncher’s chance should they make it out of the play-in and go up against one of the top two teams in the Eastern Conference. Their fans finally have hope.

The Magic basically traded every good player they had on their roster, but does that necessarily make them losers? Once Markelle Fultz went down in the first month of the season, that franchise quickly came to realize it had topped out at the end of last season. The Jonathan Isaac injury made this year an exercise in futility, and general manager John Hammond did what he had to do -- get whatever he could for the three best players on his team in Vucevic (sent to the Bulls), Gordon (sent with Gary Clark to the Nuggets) and Evan Fournier (sent to the Celtics).

Hammond and Orlando received keepers in return, like Gary Harris, Wendell Carter and R.J. Hampton, so that grade is “incomplete" because it was necessary. Perhaps more importantly, the Magic got a top-five protected 2025 first-round pick from the Nuggets, two first-round picks from the Bulls ('21 top-four protected, '23 with light protection) and a pair of second-rounders from the Celtics.

Boston was dealing from a position of strength because nobody else had the cap space (via the Gordon Hayward trade exception) to absorb Fournier’s contract. We shall see if Moritz Wagner and Luke Kornet in the middle will be better than what they had in Theis. It could also mean more playing time for Robert Williams III.

Fournier gives the Celtics another player who gets the job done on both ends of the floor, and the core of his team (Jayson Tatum, Jaylen Brown and Marcus Smart) is a proven commodity -- no matter what their record says. If Boston can gather a head of steam heading into the postseason, it will not matter what their seed is. So Ainge goes into the winners column, tentatively. 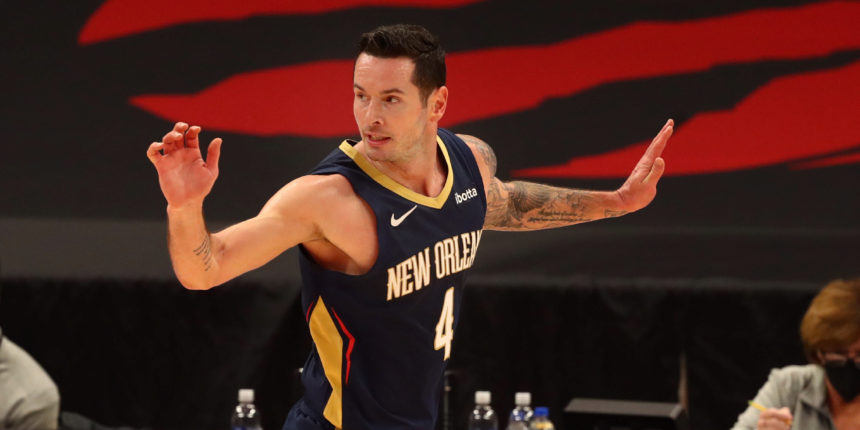 The same goes for Mark Cuban, Donnie Nelson and the Dallas Mavericks, who got themselves a pair of shooters in JJ Redick and Nicolo Melli, who can knock down threes when Luka Doncic drives and dishes. Redick is one of the strongest character guys in the league and a huge locker room voice. This trade is sneaky good.

The Philadelphia 76ers picked up George Hill from the Oklahoma City Thunder, giving them a veteran point guard to add to a rotation of a team that has somehow stayed atop the East throughout Joel Embiid’s injury absence. And Daryl Morey and Doc Rivers did not have to trade Mike Scott, who was the only rotation player mentioned in pre-deadline trade possibilities. It appears we are down to Rivers vs. Monty Williams for Coach of the Year. (Sorry, Thibs)

We have to have some losers in this, don't we? By default, that distinction includes the New Orleans Pelicans, who were unable to find a taker for Lonzo Ball by virtue of the fact that he is going to be a restricted free agent in the offseason. Once the Bulls were out of the picture following the Vucevic trade, the team best equipped to give something up for him -- the New York Knicks -- made the wise decision to wait until free agency to see if they can get him that way. All that Leon Rose surrendered were spare parts in Austin Rivers and Ignas Brazdeikis; the Knicks will roll the dice in the postseason with Julius Randle doing everything in the meantime and Tom Thibodeau game-planning for whatever opponent they end up going up against.

It would be easy to throw Toronto into the losers column because they did not get much for Powell or Matt Thomas (Gary Trent Jr. could potentially bolt as a free agent, and they did not get anything for Kyle Lowry, who stayed put. But giving away a player of that caliber for less than a fair price represents Masai Ujuri standing his ground in the face of what he felt were subpar offers from the Heat, Sixers and Los Angeles Lakers. A sign-and-trade could be an option over the summer, and Lowry may even decide to stay with the Raptors.

The thing about the trade deadline is that it is only one of three key transactional periods – draft night being the second, and the opening days of free agency being the third.

The Blazers have been a sleeper all season and now have Powell, a 27-year-old averaging nearly 20 points per game, who can continue to send out Damian Lillard and CJ McCollum in the years ahead. Neil Olshey did well. Trent and Rodney Hood were superfluous.

By the end of the season, it’ll be interesting to see whether Powell to the Blazers or Gordon to the Nuggets ended up being the better trade. Both of those West contenders got a heck of a lot better, and the Lakers are clearly on notice with a bunch of teams gunning for them -- and that includes the Los Angeles Clippers, who cut bait with Lou Williams and will take their chances with Rajon Rondo.

New Orleans can still move Ball in a sign-and-trade, so the runaway winner of the loser portion is the Houston Rockets, who turned Victor Oladipo into Kelly Olynyk, Avery Bradley and a potential ability to swap 2022 draft picks.

Let’s not forget that Rockets general manager Rafael Stone could have kept Caris LaVert and Jarrett Allen from the Brooklyn Nets, or received Ben Simmons from Philadelphia earlier this season -- before the James Harden trade turned into a four-team deal. Instead, now with Oladipo off to Miami, the Rockets ended up with pennies on the dollar for a guy who may end up winning an MVP award and an NBA championship, depending on how the Nets do in the playoffs.

We shall wait and see if the Clippers join that column. What remains to be seen is whether Kawhi Leonard decides to exercise his player option over the summer. If he declines, he can go to the Heat (who did not take on any long-term contracts) or New York to write the next chapter of his career.

But for now, the winners outnumber the losers, and that makes this a good trade deadline day.