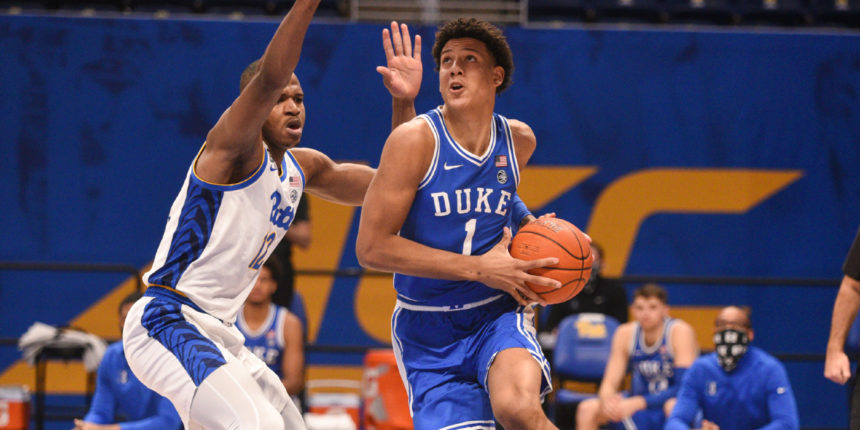 The Atlanta Hawks have selected Jalen Johnson with the No. 20 overall pick in the NBA Draft.

ANALYSIS: Although he had a disappointing freshman season at Duke, in which he left his team early, Jalen Johnson possesses an intriguing combination of strength, athleticism, and playmaking skills. Considering his abilities as a ball handler, distributor, and finisher at his size, he’s one of the more talented forwards in this year’s draft class and he has a ton of upside.