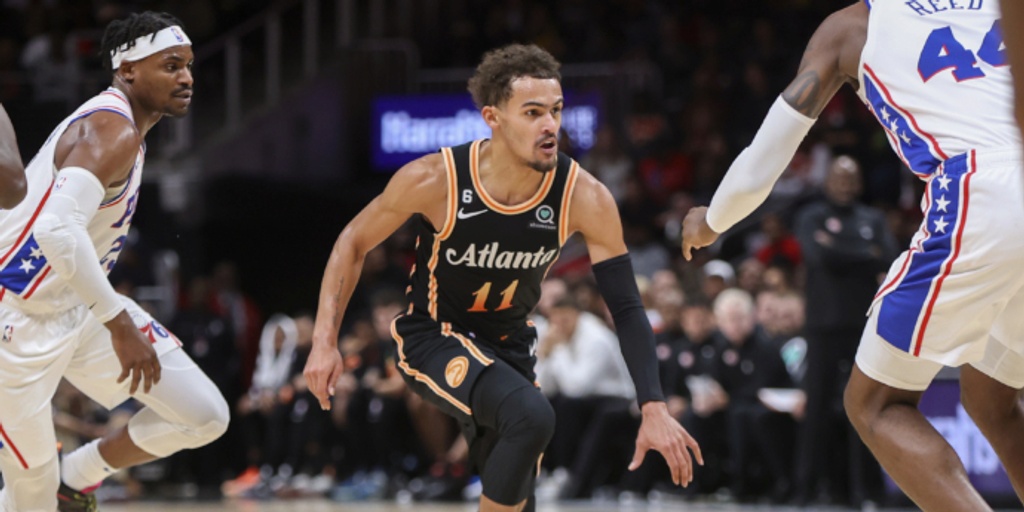 Joel Embiid led Philadelphia with 26 points and 13 rebounds for his second straight double-double after missing three games with the flu.

Young and Capela each had two baskets in Atlanta's 12-0 run to close the third quarter. The Hawks led by only two points before taking an 80-66 advantage into the final period.

Philadelphia coach Doc Rivers called a timeout with 8:59 remaining and stopped play again about a minute later. Rivers couldn't find a way to stop the Hawks' momentum and pulled his starters with less than five minutes remaining.

The 76ers’ backups, led by Montrezl Harrell, cut Atlanta’s lead to seven points with about two minutes remaining. Hawks coach Nate McMillan was forced to return all five starters for the final minute.

Each team had starters back on the floor but couldn't complete the comeback.

A steal by Dejounte Murray led to a jam by Onyeka Okongwu that extended Atlanta's lead to 20 points at 94-74.

Young, who made each of his 10 free throws, and Embiid were the exceptions to overall scoring woes until late in the third quarter.

The 76ers struggled to find scoring help for Embiid. The center had 11 of Philadelphia's 20 first-quarter points. Harris and P.J. Tucker were the only two other players to score in the period for the 76ers.

Georges Niang, who scored a season-high 21 points in the 76ers' 100-88 win over Phoenix on Monday, was scoreless before his layup tied the game at 55 midway through the third.

John Collins answered with a three-point play, giving the Hawks a lead they wouldn't lose.

76ers: Tucker started and had only three points in 24 minutes after he was added to the injury report as questionable with a left hip contusion. ... Tyrese Maxey had 15 points and five assists. Tobias Harris had 12 points.

Hawks: F Jalen Johnson was treated for tightness in his right hamstring following Wednesday night's game. He was listed as questionable and had two points in only six minutes. ... Capela set a season high in rebounds. ... De'Andre Hunter had 14 points. Okongwu had 10 points and 11 rebounds.

The teams will play again on Saturday night in Philly. Rivers said he liked playing the same team in back-to-back games “as far as the competitive part of it.” He said he didn't understand the need to include travel between the games.