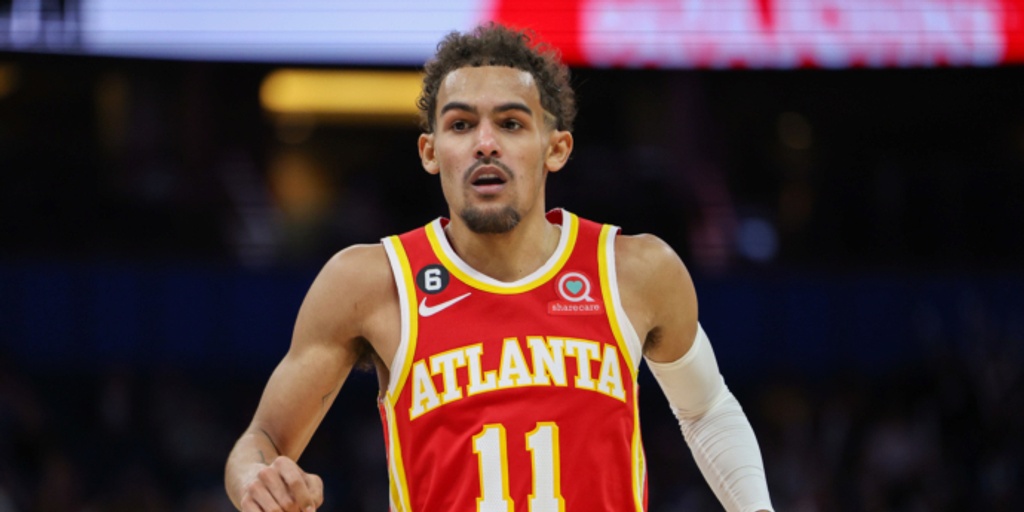 ORLANDO, Fla. (AP) — Trae Young had 30 points and 14 assists and the Atlanta Hawks snapped a three-game losing streak with a 125-108 win over the Orlando Magic on Wednesday night.

Dejounte Murray added 27 points and Clint Capela finished with 20 points and 12 rebounds after a dominating first quarter in which Atlanta built an 11-point lead.

The game marked the season debut of Magic point guard Markelle Fultz (toe fracture), and the return of guard Cole Anthony, who missed 17 games with a torn right oblique.

By the time AJ Griffin hit Atlanta's first 3-pointer, the Hawks led by 14 points. Young's first 3-pointer put Atlanta up 66-45 and he was just heating up after spending most of the first half setting up teammates.

When the Magic rallied in the fourth quarter, Young, Capela and Murray got back in the game for a few minutes. But Orlando never got closer than 15 points.

Led by Capel and Jarrett Culver (12 rebounds), Atlanta had a 49-33 rebound advantage.

Hawks: John Collins, who injured his left ankle after making a dunk that didn't count at the halftime buzzer, did not play in the second half. ... G Bogdan Bogdanovic (knee), F Jalen Johnson (ankle) and G Justin Holiday (COVID-19) were declared out before the game, and the availability of De'Andre Hunter, who reported right thigh tightness Tuesday night, was a game-time decision. Hunter played only seven minutes.

Magic: Fultz, who fractured a left toe in early October and missed the first 21 games, had eight points and four assists in 17 minutes. ... G Gary Harris started, but did not play in the second half due to a strained right hamstring. ... C Mo Bamba (back), G Jalen Suggs (ankle), F Chuma Okeke (ankle) and C Wendell Carter Jr. (foot) were unavailable for the Magic. ... Orlando's opponents have shot 54% or better in three straight games.