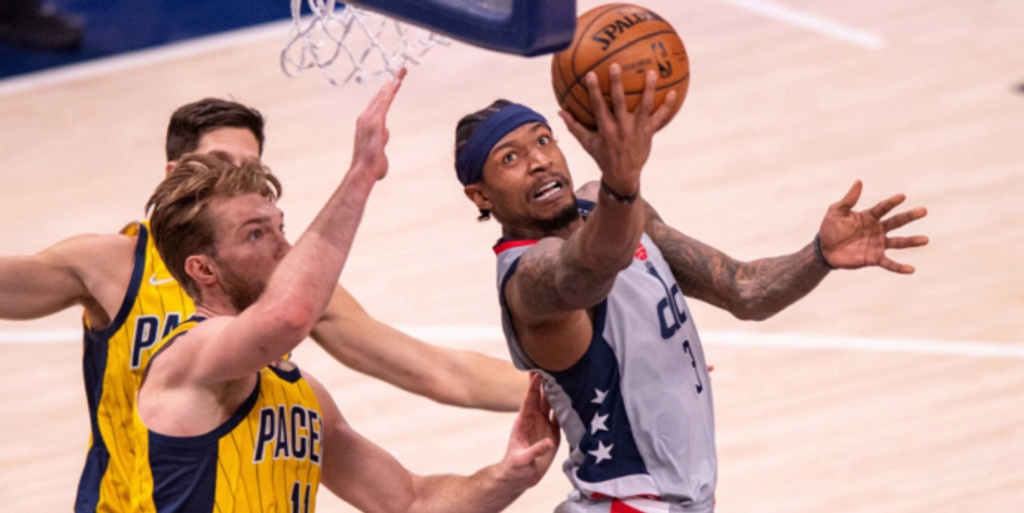 WASHINGTON (AP) — After the work Russell Westbrook, Bradley Beal and the rest of the Washington Wizards did to reach the NBA's play-in round, all will be for naught with a loss to the visiting Indiana Pacers on Thursday night.

So what if Washington went 17-6 down the stretch to end up eighth in the Eastern Conference standings after being 17-32 in early April? So what if Westbrook averaged a triple-double, broke Oscar Robertson's record for most career games with that statistical achievement and led the league in assists? So what if Beal finished second in scoring at 31.3 ppg?

And so what if the Wizards went 3-0 against the Pacers? If Domantas Sabonis leads Indiana to victory in Thursday's win-or-go-home game, that's who will move on to face the East's No. 1 seed, Joel Embiid and the Philadelphia 76ers, in the playoffs.

“We were a long way from even thinking about this seven weeks ago,” Wizards coach Scott Brooks said Wednesday. “But the grit and the toughness and determination and stick-togetherness that we’ve shown and displayed over the last seven weeks put us in this position to play the Pacers on our home court to advance into the playoffs to face the Sixers.”

“I’m confident. I’m sure my teammates are, too,” Beal said after Washington allowed 50 points to Jayson Tatum in a 118-100 loss at Boston in a play-in opener Tuesday. “But we can’t talk about it. We’ve got to go out there and compete.”

The Pacers, meanwhile, ended up 10th in the East despite having the conference's best road mark (21-15). They extended their season by overwhelming the Charlotte Hornets 144-117.

With Westbrook and Beal making things go, Washington averaged 116.6 points to finish third in the league in scoring, trailing only Milwaukee and Brooklyn.

Like most opponents, Indiana was unable to quiet Washington's offense, giving up an average of 139.7 points in their three meetings.

Asked what the biggest challenge is that the Wizards pose, Pacers coach Nate Bjorkgren replied: “The speed at which they play."

“It’s a very big game for us to play at the tempo we want to play at," said Bjorkgren, in his first season with Indiana, “because Russell will get that rebound and they’ll push it. So transition (defense) is No. 1.”

The Wizards are a 3-point favorite, according to FanDuel Sportsbook.

WHO'S HEALTHY AND WHO'S NOT

One key element in this matchup is health — for both teams.

Westbrook didn't seem himself for much of the Boston loss; he ended up with five assists, less than half of his 11.7 average, shot just 6 for 18, and went to the locker room early. “A lot of nicks and bruises, but I'll be all right,” he said.

Beal wore four compression sleeves on his strained left hamstring, which kept him out of three of Washington's last four regular-season games, and acknowledged afterward, “I can’t be as explosive as I want to.”

Bjorkgren said Wednesday he would prepare as if the Pacers would be without all four players who sat out against Charlotte: second-leading scorer Caris LeVert (COVID-19 protocols), NBA blocks leader Myles Turner (right foot), T.J. Warren (left foot) and Jeremy Lamb (left knee).

Guard Malcolm Brogdon, who averages 21.2 points and 5.9 assists, missed Indiana's last 10 regular-season games because of an injured right hamstring but returned Tuesday. He knows the sorts of limitations Beal is dealing with.

“There is a bit of hesitation when you're out there. There are things you're not going to do,” Brogdon said after his 16-point, eight-assist game against the Hornets. “I wasn’t going to go for any rebounds in the crowd. I'm not jumping as high as I can. Consciously and unconsciously, you're actually thinking of stuff to avoid.”

Davis Bertans, aka the "Latvian Laser," is a career 40% shooter from 3-point range but went 0 for 7 against Boston.

That was part of a 3-for-21 evening from beyond the arc for Washington.

“Every shooter (has) some cold nights,” Bertans said. “This was one of them.”

“This is the best time of the year to be playing,” said Sabonis, twice an All-Star in five NBA seasons and the son of former Portland Trail Blazers star Arvydas Sabonis.

The younger Sabonis is the first player since Kevin Garnett in 2002-03 to average more than 20 points, 12 rebounds and six assists in a season.