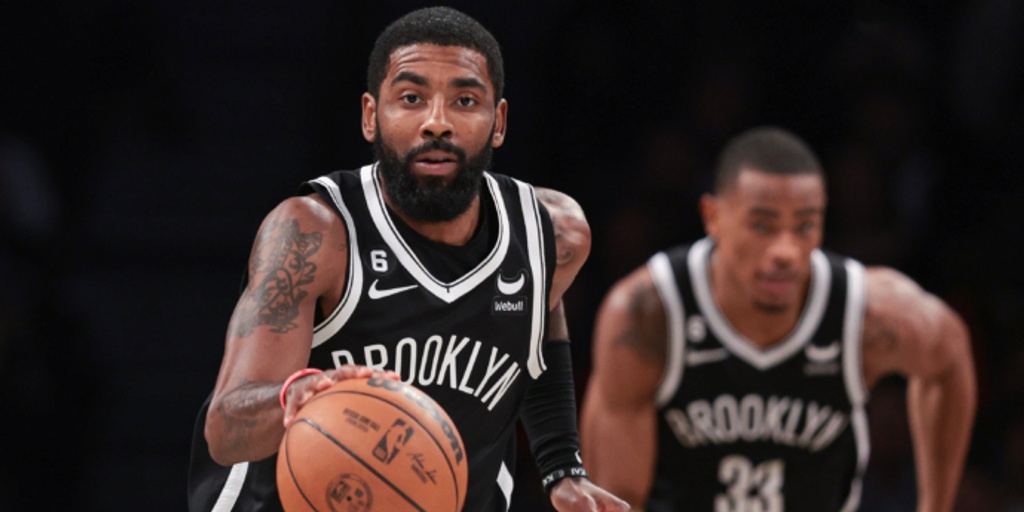 LOS ANGELES (AP) — Brooklyn guard Kyrie Irving won't play Sunday against the Los Angeles Lakers, the first game he is eligible to return after he was suspended by the Nets for refusing to say he had no antisemitic beliefs.

Coach Jacque Vaughn said Saturday before the Nets beat the Clippers that Irving wouldn't play, but provided no other updates. After remaining in Los Angeles to play the Lakers, the Nets continue their road trip with games in Sacramento and Portland.

Asked #Nets owner Joe Tsai if Kyrie Irving would be back on this road trip: "He still has work to do." #NBA

The Nets said when they suspended Irving without pay on Nov. 3 that he would miss at least five games, saying he was “unfit” to be around the team and would not return until he satisfied “a series of objective remedial measures.”

Irving has since apologized on social media for posting a link for a film that contains antisemitic material on his Twitter page, and for not specifying the topics in it with which he disagreed.

Nets owner Joe Tsai and NBA Commissioner Adam Silver have both said in recent days they met with Irving and don't believe he is antisemitic.