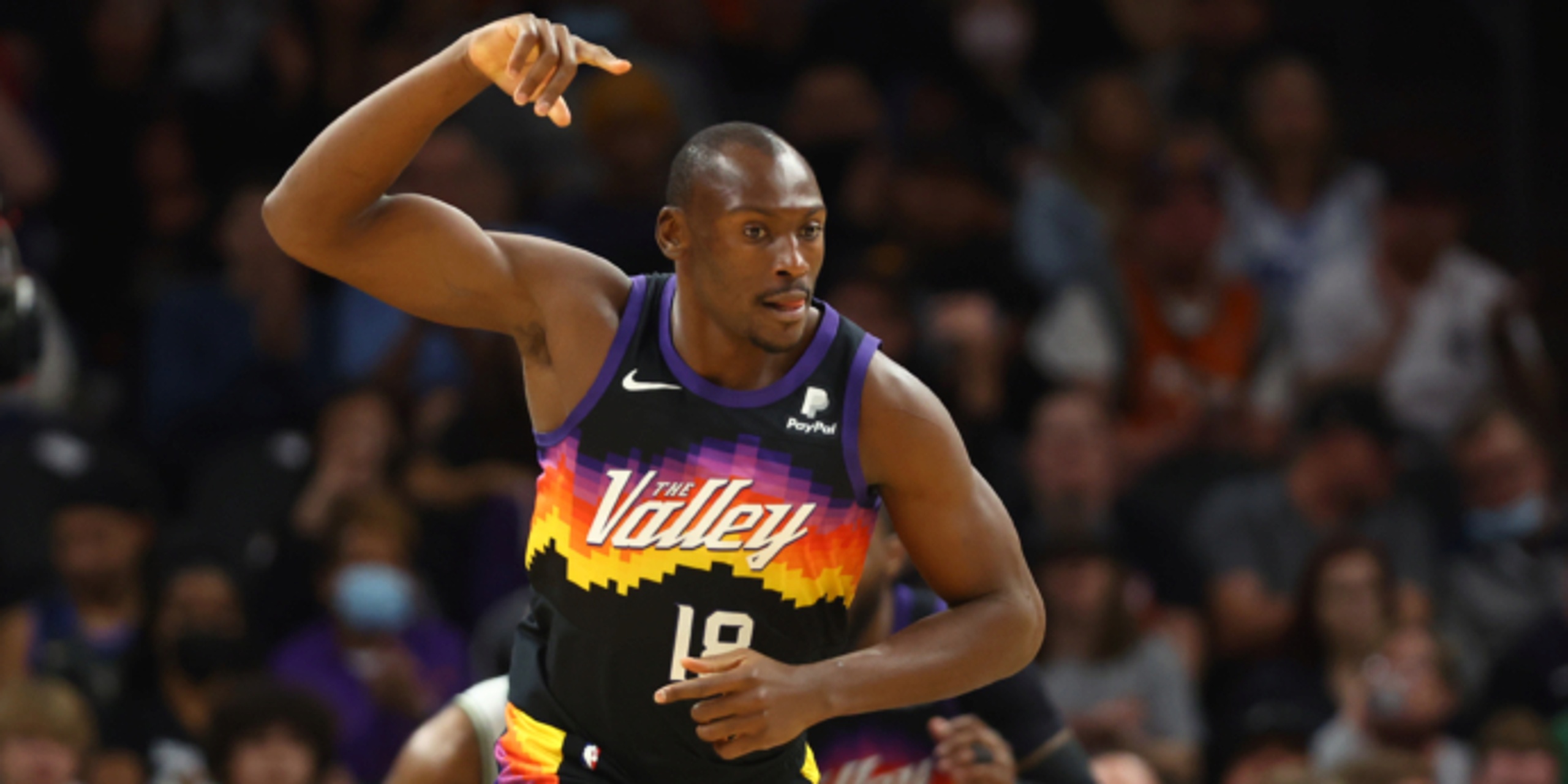 Bismack Biyombo is staying in the desert.

The Phoenix Suns re-signed Biyombo on Tuesday after the veteran center gave them a lift off the bench last season. Terms of the deal were not announced.

Biyombo signed with the Suns on Jan. 1 and he averaged 5.8 points on 59% shooting while grabbing 4.6 rebounds in 36 games. The Congo native has played 11 NBA seasons with Charlotte, Toronto, Orlando and Phoenix.

The 29-year-old has averaged 5.2 points, 6.1 rebounds and 1.3 blocked shots since being selected with the seventh overall pick in the 2011 draft by Sacramento. He played two years professionally in Spain before joining the NBA.