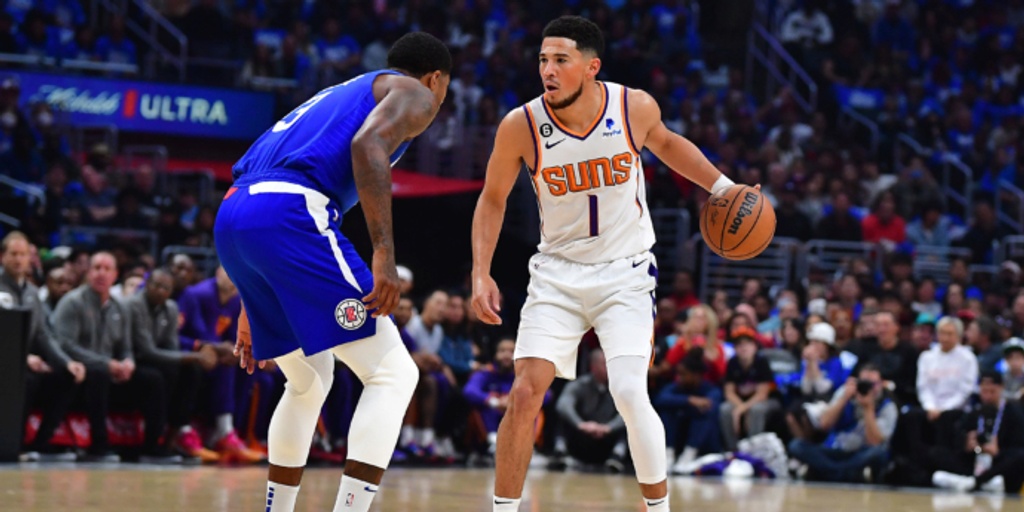 The Suns didn’t waste any time getting started on the blowout. They raced to an 11-0 lead from the opening tip and led by 20 points at halftime and again in the third.

Marcus Morris scored 22 points, John Wall added 17 points and Paul George had 16 points in the Clippers’ home opener after winning their first two games on the road. Kawhi Leonard had 11 points and six rebounds in 21 minutes off the bench in his second game of the season.

Paul assisted on the Suns’ first basket of the game, a 3-pointer by Booker. Paul followed with an alley-oop pass to Deandre Ayton, who dunked, to give him 11,000 assists.

Paul joined John Stockton and Jason Kidd as the only players in NBA history with that many assists. Paul also became the first player in the league with 20,000 points and 11,000 assists.

Fittingly, Paul reached the mark against the Clippers, with whom he played for six seasons and is the franchise’s career assists leader.

The Clippers got no closer than 10 points on a 3-pointer by George late in the third. Booker and Cameron Payne scored to send the Suns into the fourth leading 86-72.

The Clippers were called for offensive fouls on Luke Kennard and Ivica Zubac after getting within 12 early in the final quarter.

Cam Johnson, former Clipper Landry Shamet and Booker hit consecutive 3-pointers that stretched the Suns' lead to 99-81, sending the crowd to the exits.

Clippers: Reggie Jackson remains limited by a groin injury. He was scoreless on 0-for-5 shooting. ... George and Leonard walked to center court to address the fans before the game, with George doing all the talking. He said the team's slogan is Why Not Us. “Let's go get it this year,” George said.

Clippers: Play at Oklahoma City on Tuesday and Thursday in a two-game trip.