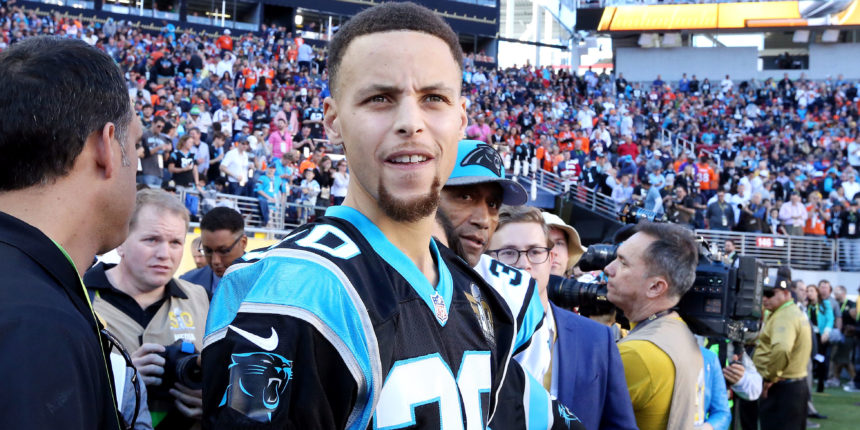 CHARLOTTE, N.C. (AP) — Stephen Curry wasn’t happy the Golden State Warriors lost in his home city of Charlotte to the Hornets on Sunday night, but the two-time NBA Most Valuable Player was pretty excited that earlier in the day NFL quarterback Cam Newton returned in a big way to help the Carolina Panthers beat the first-place Cardinals 34-10 in Arizona.

“In true Cam fashion, his first touch he gets a score and his second touch, he throws a touchdown,” said Curry, a lifelong Panthers fan who was given the honor of hitting the team’s Keep Pounding drum before the start of Super Bowl 50 in 2016.

“It was kind of surreal watching it, for sure, just knowing how much of a fan I am and how weird it was watching Panther football without him.”

Newton helped spark the Panthers just three days after signing a one-year contract to return to the franchise that released him prior to the 2020 season. Newton spent nine seasons in Carolina before signing with the New England Patriots last year.

The Patriots cut Newton on Aug. 31.

The Panthers chose to re-sign Newton after losing starting quarterback Sam Darnold to a shoulder injury. Newton didn't start on Sunday, but came off the bench to score the two TDs.

“Obviously I wish him the best and they got the win, so it's a little life that he breathed into the building," Curry said. "So I'm rooting for him. ... I love his vibe and his energy all the way around.”