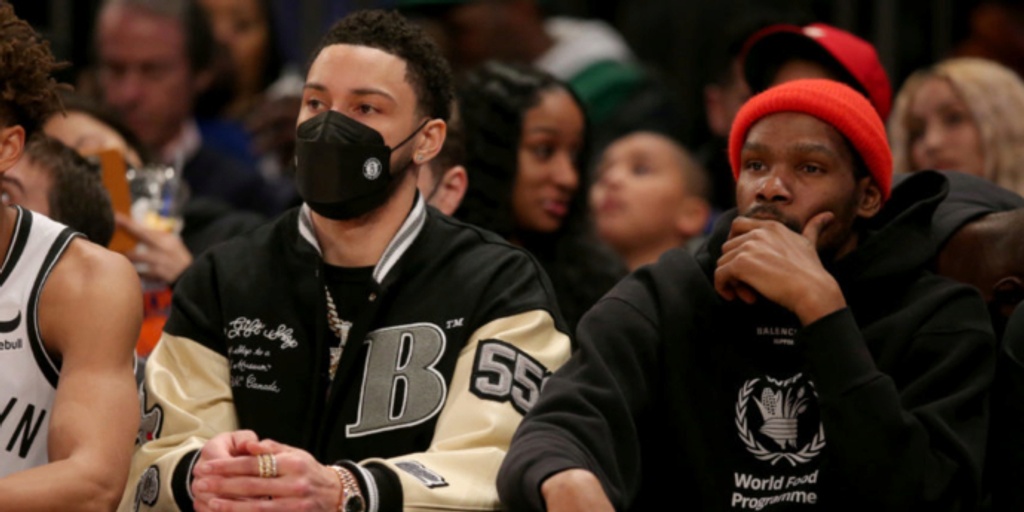 Brooklyn coach Steve Nash doesn't expect Ben Simmons to practice this week, making it unlikely the former 76ers star will be ready to play when the Nets visit Philadelphia on March 10.

The Nets are hopeful Kevin Durant will return from his left knee sprain later this week, but it appears Simmons is still a ways off after not playing at all this season.

His back began bothering him as he tried to increase his workload, and Nash said Monday before the Nets played Toronto that Simmons is unlikely to practice this week.

Acquired in the trade deadline deal that sent James Harden to the 76ers, Simmons said during his introductory press conference in Brooklyn that he hoped to be ready for the game in Philadelphia. The No. 1 pick in the 2016 draft sat out all season while seeking to be traded, citing mental health challenges.

But Nash said Simmons is basically doing only physical therapy and light shooting, and still isn't cleared to do any high-intensity work.

Asked if that would allow Simmons to play before the middle of March, Nash said: “I haven’t done the math, I don’t know.”

Durant missed his 20th straight game since he was injured on Jan. 15. Nash said he wouldn't play Tuesday in Toronto in the second game of the home-and-home series but could return Thursday against Miami.