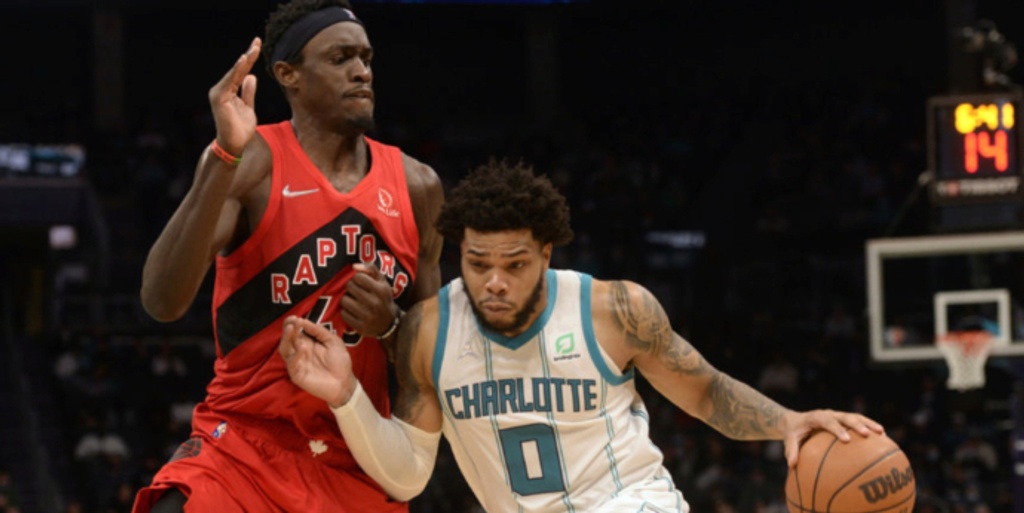 Gary Trent Jr. scored 24 points, and Fred VanVleet and OG Anunoby each had 20 points for the Raptors, who began a stretch of eight of nine games on the road with a convincing win. Scottie Barnes added 15 points as the Raptors' starters accounted for all but 13 points.

Miles Bridges scored 25 points to lead the Hornets, who lost their fifth consecutive game. Charlotte struggled through another poor offensive performance, shooting 41.1% from the field and 22.5% from 3-point range.

LaMelo Ball, who was named as an All-Star game replacement a few hours before the game, finished with 15 points and nine assists for the Hornets.

Siakam, the NBA's Eastern Conference Player of the Week, set the tone in the first half, shooting 6 of 9 from the floor for 14 points with six rebounds and five assists as the Raptors opened a 23-point lead.

Charlotte cut the lead to three in the third quarter after getting a big boost from Terry Rozier and P.J. Washington, but appeared to run out of gas. Rozier finished with 20 points.

The Raptors put the game away with two minutes left behind a breakaway dunk by Anunoby.

The struggling Hornets, who were without Cody Martin and James Bouknight due to injuries, lost Gordon Hayward for the game after he sprained his left ankle in the first quarter. Hayward had struggled since missed six games while in COVID-19 protocols, making just 3 of 23 shots from the field. But, coach James Borrego was counting on him to help a young team break out of a slump.

Charlotte struggled with the Raptors' length, turning the ball over nine times in the first half, leading to 14 Toronto points.

Toronto entered the game averaging 118 points during their five-game winning streak, and didn’t miss a beat against the Hornets. It marked the 10th straight game the Raptors have scored at least 100 points.