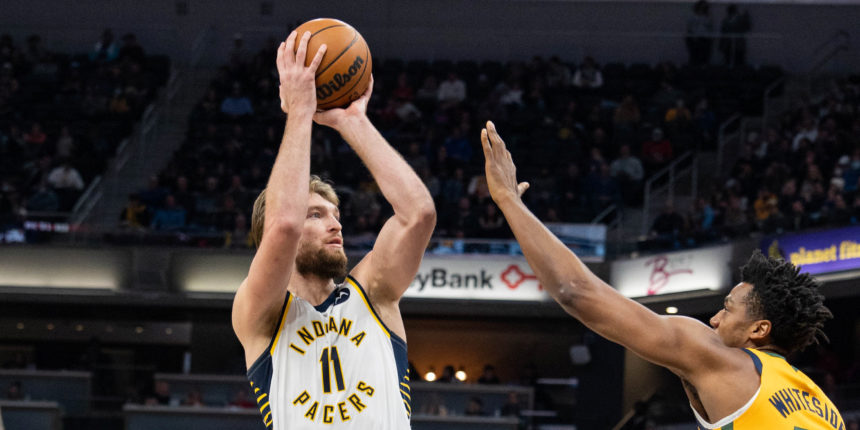 INDIANAPOLIS (AP) — Domantas Sabonis scored a career-high 42 points on 18-of-22 shooting to lead the Indiana Pacers to a 125-113 victory over the Utah Jazz on Saturday night.

The Pacers snapped a six-game losing streak and completed a season sweep of the Jazz. Indiana shot 56% in the first half to take a 61-52 advantage at halftime. Utah used a 12-0 run to cut the lead to 70-69 midway through the third quarter. Indiana held on for a 90-86 lead after three quarters.

Holding a 101-97 edge, Holiday began an 8-0 run with consecutive 3-pointers. Indiana was able to maintain its lead.

The Pacers shot 55% while the Jazz made just under 48% from the field.

This was the second night of a back-to-back for Utah, which lost at Toronto Friday night.

Jazz: Rudy Gobert, who was the first NBA player to test positive for COVID-19 in March 2020, was sidelined by COVID-19 protocols after testing positive on Wednesday. Hassan Whiteside started in Gobert’s spot. … Elijah Hughes was sidelined by a non-COVID-19 illness.

Jazz: At Detroit on Monday, ending a string of five consecutive road games.

Pacers: At Boston on Monday, the first of back-to-back games with Celtics. Indiana hosts Boston on Wednesday.